A cryptic message from the past sends James Bond on a rogue mission to Mexico City and eventually Rome, where he meets Lucia Sciarra (Monica Bellucci), the beautiful and forbidden widow of an infamous criminal. Bond infiltrates a secret meeting and uncovers the existence of the sinister organization known as Spectre.

Meanwhile back in London, Max Denbigh (Andrew Scott), the new head of the Centre for National Security, questions Bond’s actions and challenges the relevance of MI6, led by M (Ralph Fiennes). Bond covertly enlists Moneypenny (Naomie Harris) and Q (Ben Whishaw) to help him seek out Madeleine Swann (Léa Seydoux), the daughter of his old nemesis Mr White (Jesper Christensen), who may hold the clue to untangling the web of SPECTRE. As the daughter of an assassin, she understands Bond in a way most others cannot.

As Bond ventures towards the heart of Spectre, he learns of a chilling connection between himself and the enemy he seeks, played by Christoph Waltz.

Bond's new car in Spectre is an Aston Martin DB10. It was created specifically for James Bond and is limited to ten cars, making it the most exclusive Aston Martin ever.

This is Daniel Craig's fourth Bond film, and the actor has admitted that at 47, it's harder than ever to get in shape for filming.

Monica Belluci becomes the oldest 'Bond girl' ever, at 51.

This is only the third Bond movie to show Bond's home, after Dr No and Live and Let Die. 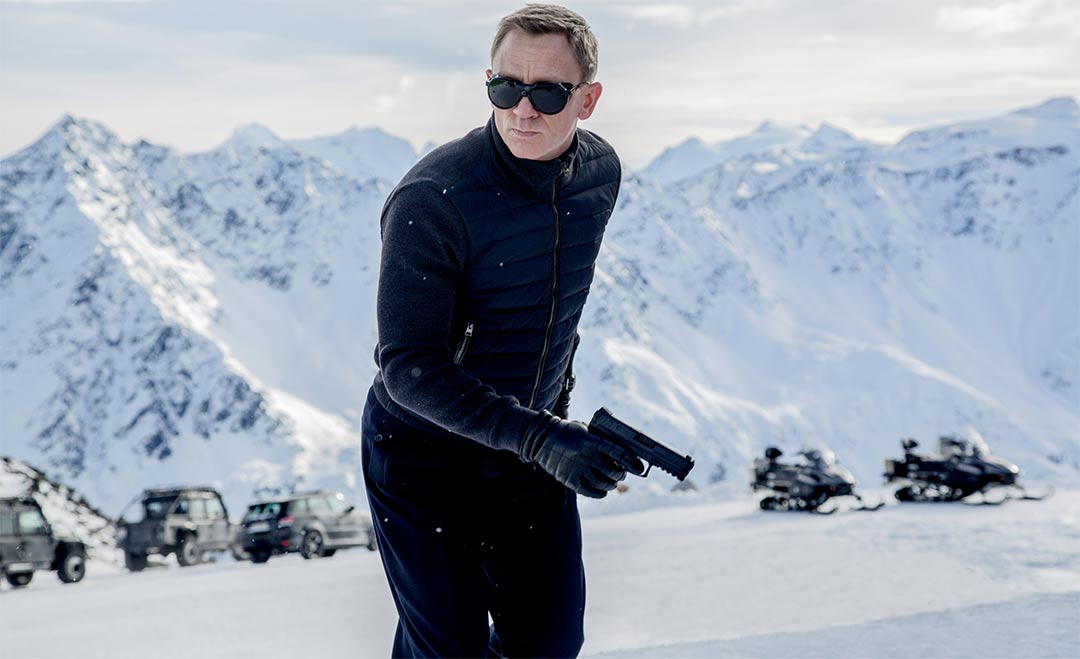 Any Bond film is going to bring with it a certain amount of intrigue and speculation and perhaps none more so than Spectre. The revelation of the title sent fans into overdrive as they tried to work out the connection between this Bond film and previous ones which have focused on the Special Executive for Counter-intelligence, Terrorism, Revenge and Extortion.

Specifically, fans were intrigued to see if Christoph Waltz, confirmed as a villain, would be playing Blofeld, or some incarnation of. In fact, his character is called Franz Oberhauser, and you'll have to watch the whole movie to see exactly where he fits and what his connection is to Bond.

The trailer for Spectre is exactly what I would hope for from a Bond trailer, which is to say it's intense and thrilling with lots of action shots. It also contains hints that we can expect Bond to bed at least two women in the duration of the movie, which frankly I'm a little bored of but I get that it's a big part of his character.

In any Bond film I prefer the action, but that said, Christoph Waltz is a compelling presence in this trailer alone. His eerie calm makes me even more intrigued and desperate to watch, because I have a feeling he will be a great villain. Also, the new M (Ralph Fiennes), and Q, played by Ben Whishaw really get a chance to shine here, which is good to see.

Spectre may well be Daniel Craig's last outing as Bond, which is hardly a surprise given that he's done four already, so the question is; who could possibly replace him?!