When an otherworldly force wreaks havoc on a war-torn European city, an engineer teams up with an elite Special Ops unit to stop it.

The sci-fi actioner started production in 2014, but quickly hit some bumps in the road. The film saw two directors exit pre-production before Nic Mathieu finally stepped in. To pitch the film, the project was described as a supernatural Black Hawk Dawn. After watching the trailer, I'm sure most would agree. Well, save for the fact that the film seems absent of any Black Hawk helicopters. And Somalians, for that matter.

The synopsis refuses to give the city of conflict a name, but we are reminded it's in Europe. So at least we have a sense of geographic location. If you by chance live in this so-called "Europe", and the setting looks like your setting, give us a shout. 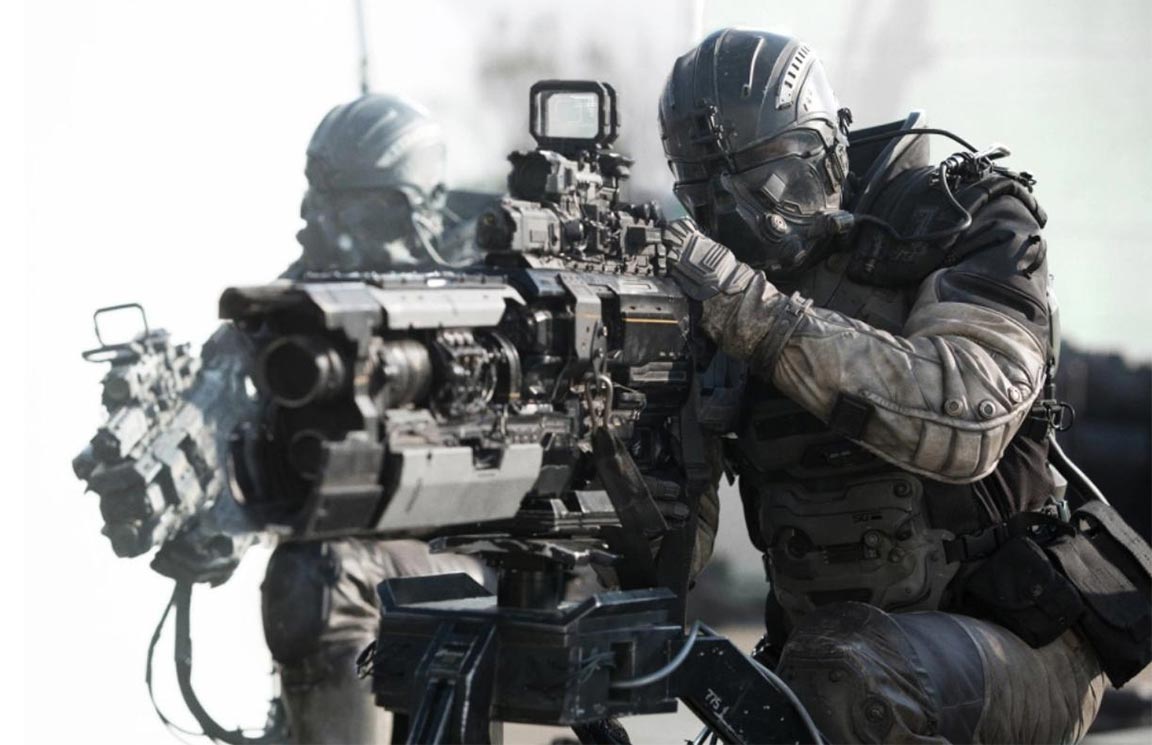 While the idea sounds a bit Predator-like, but this time we have spirits rather than an invading alien race. Or is it an alien race? Guess we will find that out when Spectral hits Netflix in a week. The trailer actually looks pretty solid, representing a war film with some pretty upscale special effects. There is also an obvious push to showcase some of the film's more recognizable cast.

James Bade Dale is always a good start, but throwing in Cory Hardict and a dash of Stephen Root always helps. Though we have no sense of budget, one can assume that the ensemble and genre likely cost Netflix a pretty penny. Whether feature films such as this will constantly outperform exclusive series is yet to be seen. But, I'll admit, I expect to be seeing Spectral soon after it's debut to the premium network.