Tina Fey and Amy Poehler reunite for Sisters, a new film from Pitch Perfect director Jason Moore about two disconnected sisters summoned home to clean out their childhood bedroom before their parents sell the family house. Looking to recapture their glory days, they throw one final high-school-style party for their classmates, which turns into the cathartic rager that a bunch of ground-down adults really need.

Fey and Poehler have a long standing friendship and working relationship, having started out together on Saturday Night Live. They also appeared in Mean Girls and Baby Mama together on the big screen.

In Baby Mama, Poehler was the bad girl while Fey was the good girl; in Sisters, these roles are reversed.

In the sister's childhood bedroom, there is a poster, partly obscured, of Rob Lowe, who appeared with Poehler in Parks and Rec. 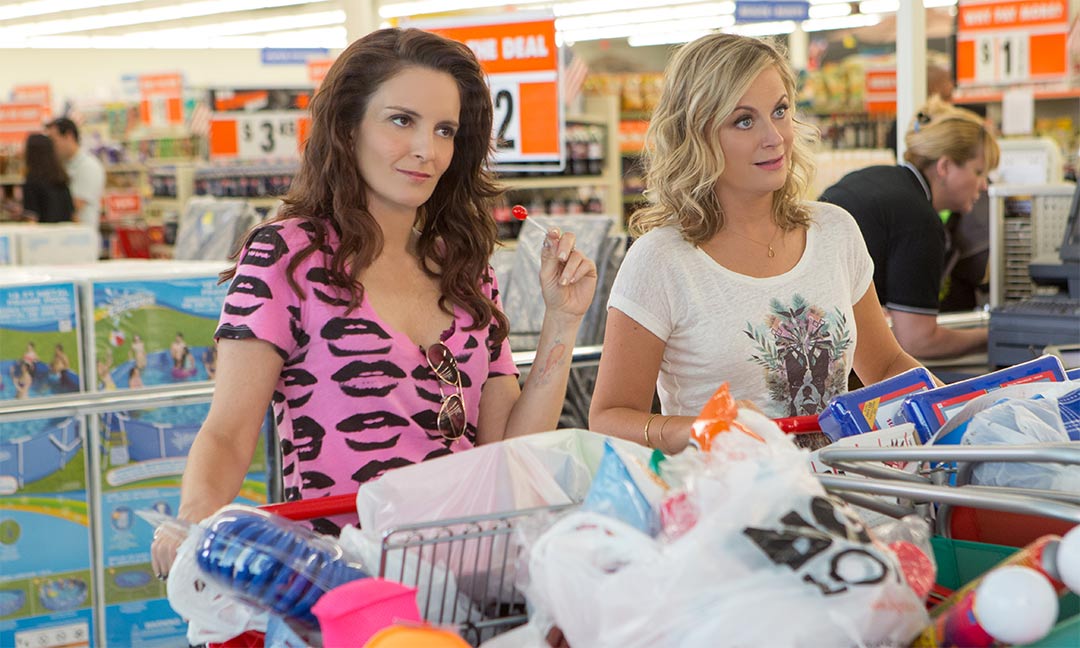 I love and adore both Tina Fey and Amy Poehler, so really, I can't fail to love Sisters. It's perfect casting; Fey and Poehler share such a close real-life friendship that they really could be sisters, and it shows itself both in this trailer and in the movie.

The two sisters are summoned home by their parents, who reveal they have sold the childhood home and they need to clear out their bedroom. From happily reminiscing, their plans gradually evolve into throwing one last party as a throwback to their high school days. Things get wild.

Sisters is not the type of movie to make you think. It's the type of film to make you laugh very loudly and obscenely, especially if you watch it with a bunch of girlfriends while wine is being drunk. I'm not saying that happened here.

The trailer above, goes from raising a few smiles, to a couple of giggles, to all out belly laughs at the ballerina box scene, which makes guys eyes water while women cackle evilly.

I'd be happy to watch Fey and Poehler comedies all day, every day. The two play off of one another with practiced ease and it's evident they're making this movie because they have a ball working together, and not for any other reason.

Sisters opened on the same day as The Force Awakens, meaning it didn't fare as well at the box office as it should have done, but even so, this movie is a total joy, a couple of hours of pure escapism and lots of laughs.