Sinister is a frightening new thriller from the producer of the Paranormal Activity films and the writer-director of The Exorcism of Emily Rose. Ethan Hawke plays a true crime novelist who discovers a box of mysterious, disturbing home movies that plunge his family into a nightmarish experience of supernatural horror.

The idea for the film came to writer Robert Cargill, in a nightmare he had after watching the film, The Ring.

The film contains very little blood, strong language, and no sexual content, as the filmmakers were hoping for a PG-13 rating. However, the film still received an R-rating due to its disturbing content. The rating did not hurt the Box-Office, however, as the film turned a $3 million budget into $87 million worldwide.

Ethan Hawke plays a writer in the film. In real life, Hawke is a writer too. He has written the novels, The Hottest State, Ash Wednesday, and Rules for a Knight. 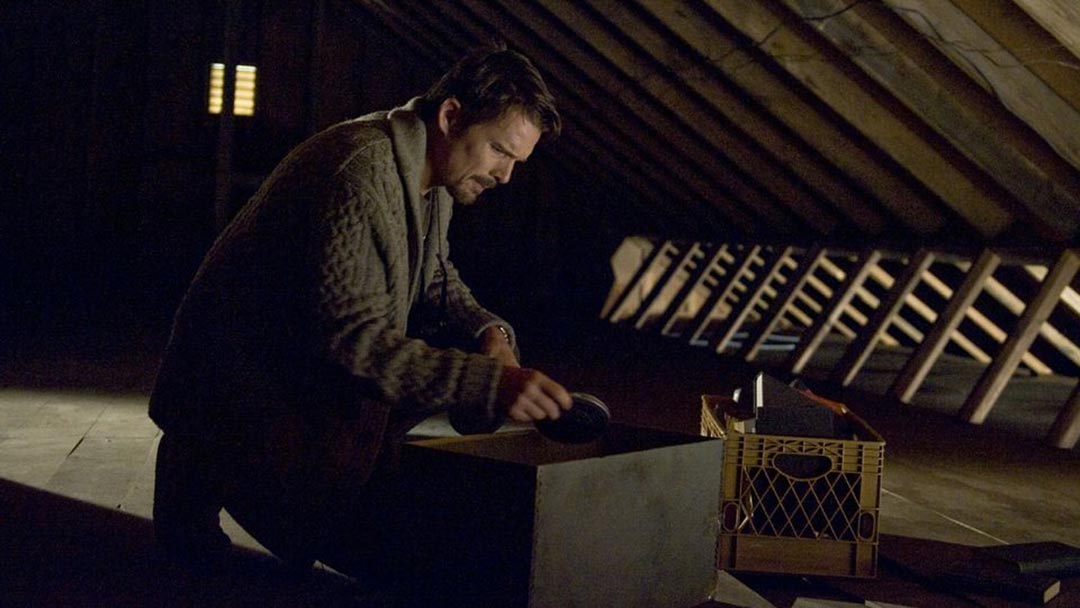 It is rare for a movie trailer to be completely terrifying but somehow in just two and a half minutes, the trailer for Sinister manages to muster some surprisingly real jolts and an unsettling feeling afterwards. Ethan Hawke is his dreamy self as a writer who moves his family to a new house while he writes a new book. The new house is cool and all until he finds some old film reels that feature the family who died in the house years before. Come on people, even if you need some good material for a book, stop moving into houses where people were murdered or haunted by a demonic entity! Think about the children.

As we see in other films, the kids are always the target of these ghosts and demons. If there is one thing that is more frightening than demonic creatures, it is children being possessed by said creatures. Hawke’s character continues to do a little research and finds out from Vincent D’Onofrio that he should probably just ditch the house because his kids are clearly going to be leaning toward the dark side soon. Even if they leave, they are pretty much screwed because that seems to be what happens in horror films now, the entity just follows them.