From director John Carney (Once, Begin Again), Sing Street takes us back to 1980s Dublin seen through the eyes of a 14-year-old boy named Conor (Ferdia Walsh-Peelo) who is looking for a break from a home strained by his parents’ relationship and money troubles, while trying to adjust to his new inner-city public school where the kids are rough and the teachers are rougher. He finds a glimmer of hope in the mysterious, über-cool and beautiful Raphina (Lucy Boynton), and with the aim of winning her heart he invites her to star in his band’s music videos. There’s only one problem: he’s not part of a band…yet. She agrees, and now Conor must deliver what he’s promised - calling himself “Cosmo” and immersing himself in the vibrant rock music trends of the decade, he forms a band with a few lads, and the group pours their heart into writing lyrics and shooting videos. Inspired by writer/director John Carney’s life and love for music, Sing Street shows us a world where music has the power to take us away from the turmoil of everyday life and transform us into something greater.

Jack Leach auditioned for one of the key roles in Sing Street.

The film made its premiere at the 2016 Sundance Film Festival, where it received very favorable reviews. 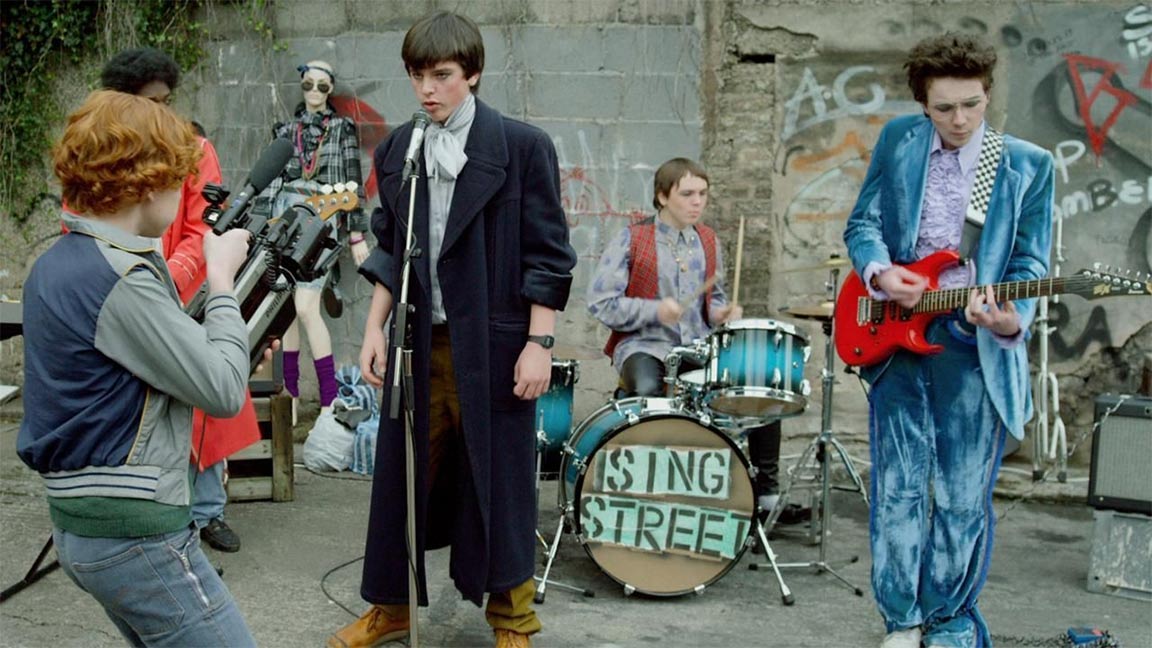 I've been hearing a lot of buzz about Sing Street so I was intrigued to see the trailer. The buzz I've heard is that it's brilliant, thoroughly enjoyable and also that it's very much like The Commitments.

Well, I get the same vibe from the trailer, I'll admit, but I love The Commitments, so in that respect it's all good for me. The basic premise seems to be that a boy starts up a band in order to impress a girl, who he might or might not end up dating. Although, in Ireland and the U.K. in the eighties (Sing Street is set in '85), you didn't really date. You just snogged someone if you liked them and then you were deemed a couple. For all you readers not in the U.K. or Ireland, snogging is like making out.

So, it's a safe bet from this trailer that I will love the film. I was a small child in the U.K. during the late eighties, so it's quite nostalgic for me to watch films set in that era, even though I don't remember much of it. I also love and adore films that feature a lot of music, and Sing Street has the best soundtrack!

The Irish humor in this trailer should appeal to many, but I'm not so sure how well this trailer will translate to a wider audience (let me know what you think in the comments!) because while there are many similarities between the U.K. and the U.S. now, there wasn't in 1985.

Anyway, enjoy this trailer for what it is. I have to say, Sing Street does look like a really good film, and this trailer highlights just some of the best bits.