Trailer for Shrek Forever After.

Shrek is feeling over-domesticated in the fourth installment. He has lost his roar. It used to send villagers running away in terror. Now they run to him and ask him to sign their pitchforks and torches. To regain his ogre mojo, he strikes a deal with Rumpelstiltskin. The pact goes awry and Shrek must confront what life would be like in Far Far Away if he had never existed. That translates into Donkey being forced into cart-pulling duty, fat and lazy Puss in Boots trading his sword for a pink bow and the underhanded Rumpelstiltskin ruling the kingdom.

Shrek Forever After originally had the title 'Shrek Goes Fourth' until the studio decided to make this the last film in the franchise.

Justin Timberlake returned to his role for this installment, but all his scenes were cut.

The idea of Puss in Boots getting lazy and fat was not at all popular until the writers managed to convince the creative team that the idea had a lot of comic potential.

Since the film focuses on Shrek and Fiona having marriage problems, the production team made sure to consult with marriage guidance counselors to make sure they were handling the story line correctly. 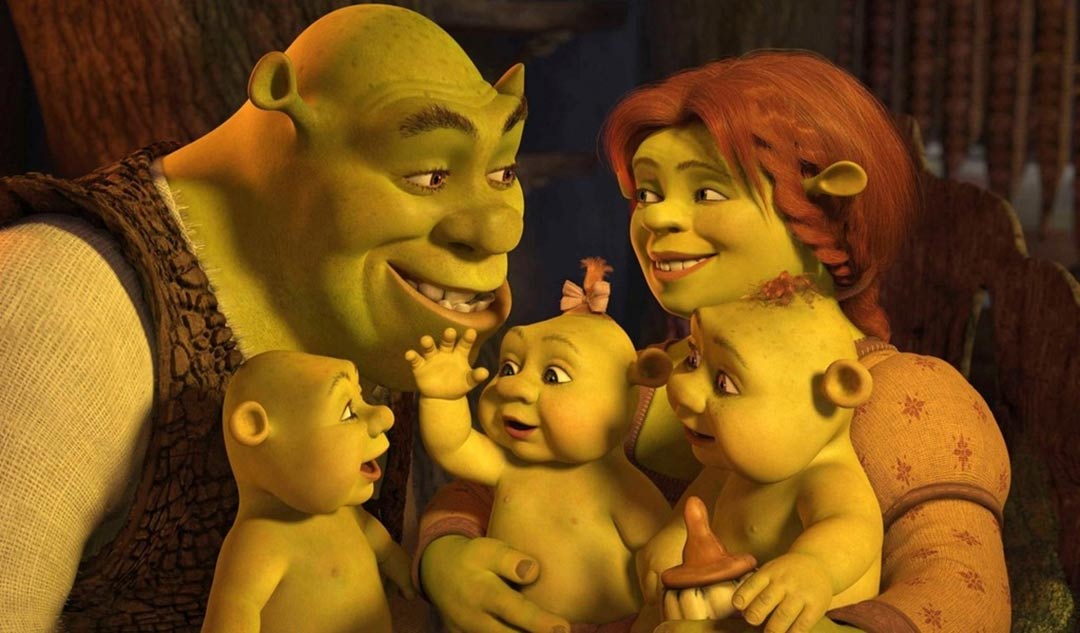 The fourth (and final) installment of the Shrek franchise once again takes us back to the swamp, where Shrek is living his happily ever after with Fiona, and Donkey is raising his adorable donkey/dragon hybrid kids....But is everything really happy between the ogre couple? And what would happen if the land of Far, Far Away was a far more miserable place?

Well, as it turns out from this trailer, it'd still be funny, but also rather weird. Donkey is just a donkey, and Puss in Boots has gotten fat. He's still quite cute though. It also appears that Fiona is a hardened criminal, wanted by the fairytale law enforcement team.

It does feel as though, after four movies, the Shrek franchise has run its course, but that's not to say this film can't still be enjoyable. For those who have watched the previous three, it'd almost be a crime not to see it through and watch this as well. Plus, Donkey has to be Eddie Murphy's greatest role since Coming to America. Mike Myers is also an incredible talent and it's been great to see his abilities put to good use, but there's no denying each film has been weaker than the one before so with all due respect, I hope Shrek really does live happily ever after, but I'm not going to need him to come back and tell me all about it.