Trailer for She's Out of My League.

Kirk, an average Joe, can't believe his luck. Though he's stuck in a dead-end job as an airport security agent, against all odds Molly (Alice Eve), a successful and outrageously gorgeous babe falls for him. Kirk is stunned and so are his friends, family and even his ex-girlfriend. Now he has to figure out how to make the relationship work, even though he's the first to admit, She's Out of My League.

In the film Lindsay Sloane plays Jay Baruchel’s ex-girlfriend. The two worked together on the short-lived show The Stones in which they played brother and sister. He played a science geek and she was the cool sister.

She’s Out of My League opened at #3 in March 2010 behind Alice in Wonderland and Green Zone. With a budget of $20 million, the film was a modest success earning just under $50 million worldwide. 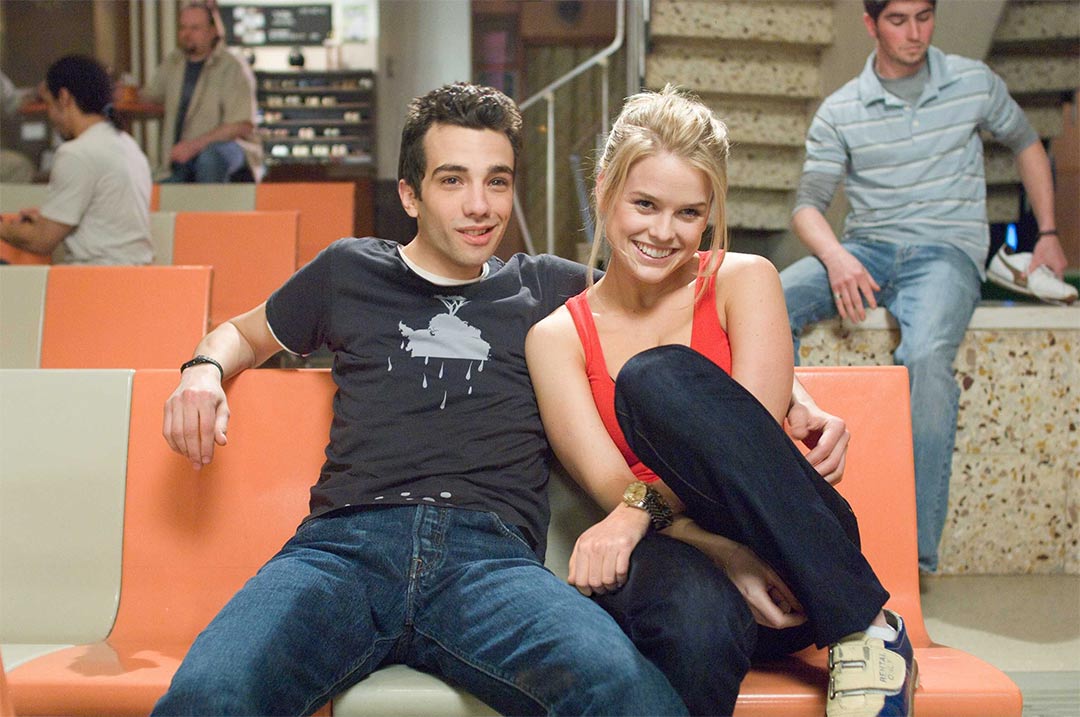 The story of a beautiful woman wanting to date an average guy? Completely believable and common in real life, but in a comedy, it is apparently unheard of. She’s Out of My League is basically just about a woman considered to be a 10 who actually likes a guy who his friends call a 5. Unfortunately, the trailer does not give us much more information than the friends ragging on the poor guy.

Alice Eve is the 10 in question, and also seems to have an ex-boyfriend who is tall and handsome and an air force pilot (Geoff Stults) which makes everything all the more confusing for the 5 in question, Jay Baruchel. While watching the trailer. I thought the plot may take a turn where Alice Ave’s character is actually a disaster of a person akin to Malin Akerman in The Heartbreak Kid, but no, she really is just gorgeous and perfect.

The problem with She’s Out of My League is that the basic plot is not terribly interesting, but luckily the cast mostly makes up for it. Jay Baruchel is always a loveable lanky Canadian who could easily get Alice Eve in real life. His friends include T.J. Miller and Kyle Bonheimer who are always funny. Krysten Ritter makes everything better just by being in it plays Eve’s friend.

All in all, She’s Out of My League does not have too much of an intricate plot and the premise is mostly just superficial but with a hilarious cast and enough amusing scenarios, the movie may actually work.

Release
March 12, 2010
Cast
Jay Baruchel
Alice Eve
T.J. Miller
Nate Torrence
Krysten Ritter
Trailer Tracks
"(If You're Wondering If I Want You To) I Want You To"
Weezer
Log In to Comment
AROUND THE WEB