Ten years have passed, and Sidney Prescott, who has put herself back together thanks in part to her writing, is visited by the Ghostface Killer.

Scream 4 is unique for a film franchise, especially a horror franchise and it holds the distinction as being the only horror series to have all of the main characters, Sidney, Dewey and Gail, star in all four movies. While the first two Scream films were written by Kevin Williamson, the third film did not use his draft and instead hired a new writer, Ehren Kruger.

For the first time in the series, the knife used is not a collapsible or rubber prop. Wes Craven decided to use a CGI knife rather than dealing with the unrealistic prop. This was Wes Craven’s final film as a director. He died on August 30th, 2015 at the age of 76 from brain cancer.

He was an especially distinguished filmmaker in the horror genre and the creator ofFreddy Krueger. 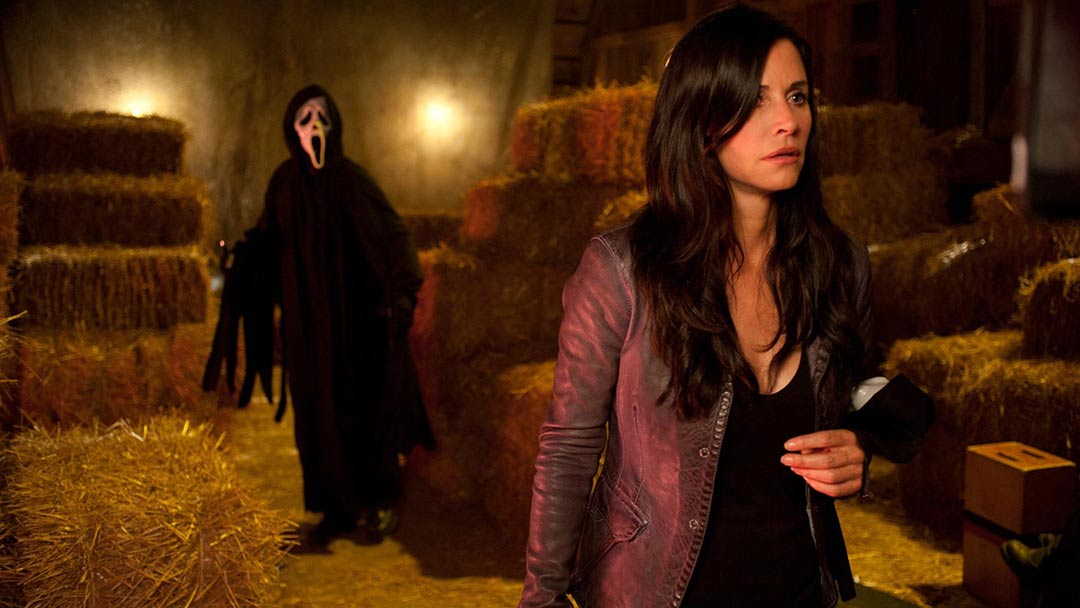 The Scream 4 trailer is exactly what every fan of the series wants and needs. It has the humor, the rules of surviving a horror film, the return of the main characters, and the addition of some familiar faces who will surely be killed or do the killing.

While Scream 3 diminished, if only slightly, the legacy of the Scream franchise, Scream 4 returns with original writer Kevin Williamson and director Wes Craven, who has stayed with the series since the beginning. Sidney (Neve Campbell) returns to Woodsboro and encounters teenagers who are even more aware of horror movies than she and her friends were back in the original. There are the two film nerds who fill in for the fallen Randy who was harshly killed in the second film. They are there to let Sidney know that rules have changed in this century and now with new technology, the killer can just record the killing and post it for the world to see, now that we are in the Instagram/Youtube generation.

Cameos abound, including Kristen Bell and Anna Paquin as the Scream series has become so iconic that it must be pretty easy to get big names. There is also the addition of Alison Brie, Emma Roberts, and Hayden Panettiere to gloss up the film and infuse it with some youth and beauty. The scares may be plentiful, but at this point, it almost doesn’t even matter because the Scream movies are about so much more than the scare.

The comedy and characters are what make the films re-watchable and entertaining. Ghostface is back and so is everything else that made Scream one of the best horror films in history. Scream 4 is a welcome return with a lot to live up to, and all the trimmings to do just that.