Two-time Academy Award®–winner Emma Thompson and fellow double Oscar®-winner Tom Hanks topline Disney’s “Saving Mr. Banks,” inspired by the extraordinary, untold backstory of how Disney’s classic “Mary Poppins” made it to the screen. When Walt Disney’s daughters begged him to make a movie of their favorite book, P.L. Travers’ “Mary Poppins,” he made them a promise—one that he didn’t realize would take 20 years to keep. In his quest to obtain the rights, Walt comes up against a curmudgeonly, uncompromising writer who has absolutely no intention of letting her beloved magical nanny get mauled by the Hollywood machine. But, as the books stop selling and money grows short, Travers reluctantly agrees to go to Los Angeles to hear Disney’s plans for the adaptation. For those two short weeks in 1961, Walt Disney pulls out all the stops. Armed with imaginative storyboards and chirpy songs from the talented Sherman brothers, Walt launches an all-out onslaught on P.L. Travers, but the prickly author doesn’t budge. He soon begins to watch helplessly as Travers becomes increasingly immovable and the rights begin to move further away from his grasp. It is only when he reaches into his own childhood that Walt discovers the truth about the ghosts that haunt her, and together they set Mary Poppins free to ultimately make one of the most endearing films in cinematic history. Disney presents “Saving Mr. Banks,” directed by John Lee Hancock, produced by Alison Owen, Ian Collie and Philip Steuer, and written by Kelly Marcel and Sue Smith. Executive producers are Paul Trijbits, Andrew Mason, Troy Lum and Christine Langan. The film will release in U.S. theaters on December 13, 2013, limited, and open wide on December 20, 2013. 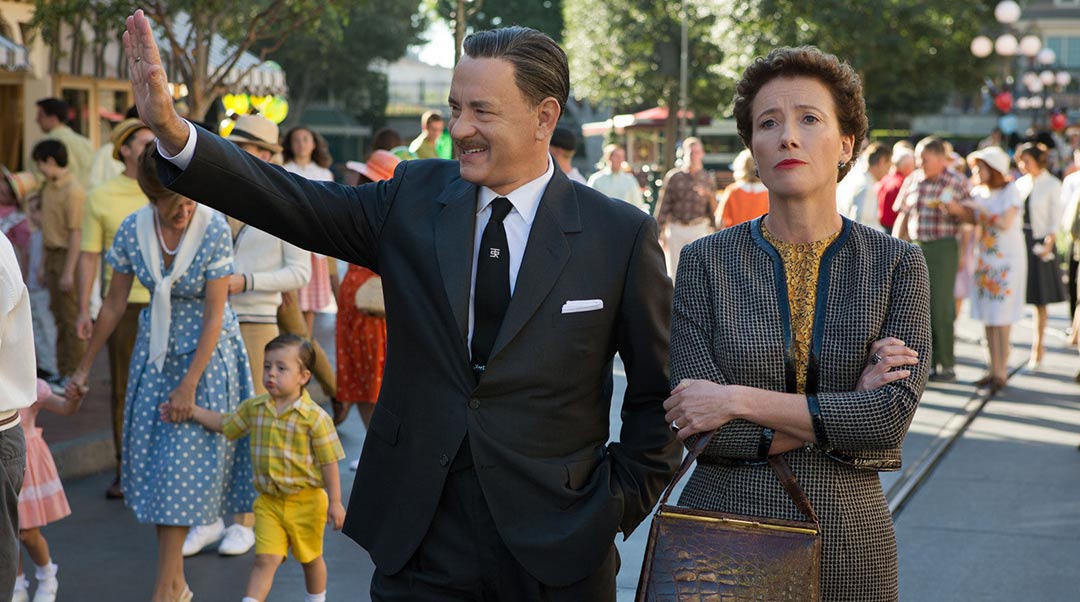 It's no secret that original Mary Poppins author, P.L. Travers, took a long time to grant Walt Disney the film rights to her book, but after doing so, she was never happy with the outcome.

In 1977, when asked about Disney's Mary Poppins, Travers replied that she had "learned to live with it" but added that it was not a bit like her books.

In Saving Mr. Banks, Travers warms to the song "Let's Go Fly A Kite." In reality, she never liked this song; it was "Feed the Birds" that won her approval instead.

Walt Disney was a heavy smoker, but he hid this from the public, fearing it would not do his public image any good. Tom Hanks lobbied to have this included in Saving Mr. Banks, but Disney still didn't think it would be appropriate for a family film. The closest reference contained in the movie, is Hanks stubbing out a cigarette. 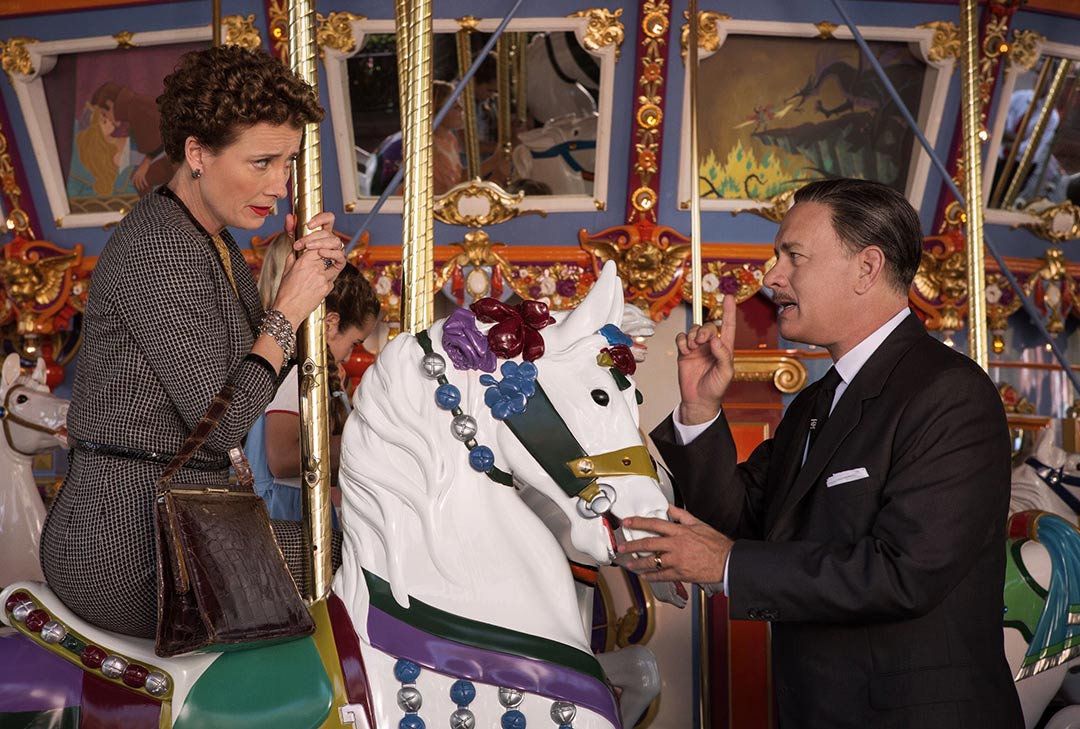 The story of how Walt Disney courted P.L. Travers for the rights to Mary Poppins, is a fantastic tale, and it's great that it's finally being told on the big screen in Saving Mr. Banks. Watching Tom Hanks and Emma Thompson starring opposite one another is like a dream come true for me, and it really does appear to be perfectly cast.

Thompson seems to totally nail the cold, hard exterior that Travers was renowned for, yet she still manages to hint at there being so much more to her personality, just from her facial expressions alone.

As the main man, Disney, Hanks also has everything down pat; his voice, his mannerisms- apparently he even measured his mustache to make sure it was the same length as the late film maker.

The Saving Mr. Banks trailer has snippets of the songs we all now associate with Mary Poppins, which the infamous Sherman brothers worked hard to compose. Travers hated all of them, and for me, the funniest moment in this trailer is Travers' reaction to the word "responstible", and the Sherman brothers then rapidly hiding the sheet music for "Supercalifragilisticexpialidocious."

Few films are more treasured or beloved than Mary Poppins and Disney worked hard to carve out this giant of a musical; not least with the work he put in wooing Travers. In the end, of course, we all know it was worth it, but the journey to get there was an intriguing and surprising one, to say the least.

Why is this movie called Saving Mr. Banks? Well, it's hinted at in the trailer but for the full, real, and sad explanation, you'll need to watch this fantastic film.