First trailer for Ready Player One, which was shown during the Warner Bros presentation in Hall H at the 2017 San Diego Comic Con.

The film is set in 2045, with the world on the brink of chaos and collapse. But the people have found salvation in the OASIS, an expansive virtual reality universe created by the brilliant and eccentric James Halliday (Mark Rylance). When Halliday dies, he leaves his immense fortune to the first person to find a digital Easter egg he has hidden somewhere in the OASIS, sparking a contest that grips the entire world. When an unlikely young hero named Wade Watts (Tye Sheridan) decides to join the contest, he is hurled into a breakneck, reality-bending treasure hunt through a fantastical universe of mystery, discovery and danger.

Film is based on the science-fiction novel by Ernest Cline. While a number of adaptations today are based on older works, this novel actually came out in 2011 and it represented the debut of its author. With strong reviews and a film adaptation with Steven Spielberg at the helm, we can all admit that Cline is off to one helluva start. The author has since admitted that he is working on a sequel. Whether self-motivated or pushed by the studio remains to be seen.

The adaptation immediately received attention, with names such as Christopher Nolan, Matthew Vaughn, Peter Jackson and even Edgar Wright considered to direct. In the end, Warner Bros announced on March 25th, 2015, that Steven Spielberg would direct. Somewhat of a coincidence, but Spielberg's name is actually mentioned in the book itself.

It was rumored that Spielberg initially hoped he could get Gene Wilder to return to movies by taking on the role of J.D. Halliday. The actor supposedly declined shortly before his death.

Having read the book, I can't begin to tell you how much I look forward to this adaptation. Maybe not as much as Red Rising -- if that ever gets off the ground -- but Ready Player One is ranking high [for me]. Not only does the film provide a wonderful tribute to a particular decade, the 80s, it sort of works like a cool high-tech mystery. So what do I think of the film's first trailer?

Looks awesome! My only complaint is that it provides very little aka no story, failing to explain Parzival's (Tye Sheridan) objective. Instead, they make the film look like one big video game, which couldn't be further than the truth. Sure, the world, Oasis, can be treated like a game, but it's literally where people live. And Parzival joins a mission-based er, challenge that could carry him out of the slums. None of that is shown here, which is fine considering this is in fact a long-running teaser trailer.

That being said, can't wait to see what Warner Bros shows next. Especially when they decide to start dropping plot details. 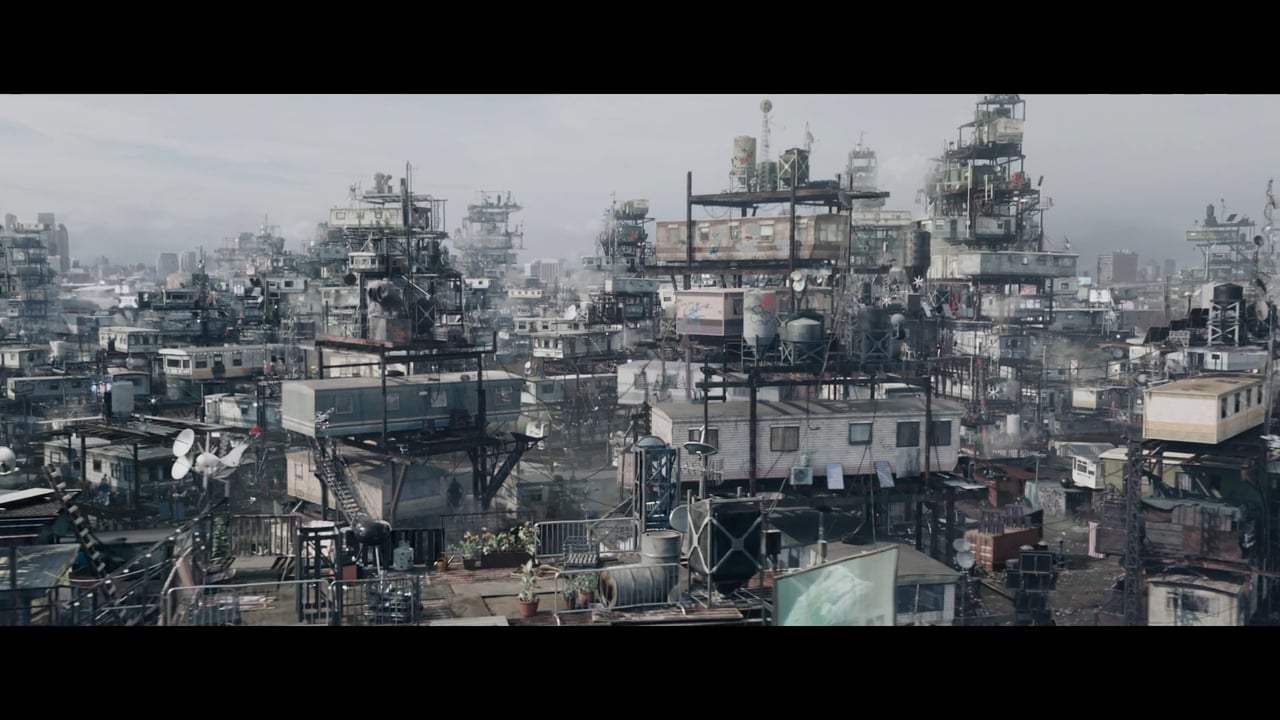