The Princess and the Frog Feature Trailer (2009)

Feature trailer for The Princess and the Frog.

Walt Disney Animation Studios presents the musical The Princess and the Frog, an animated comedy set in the great city of New Orleans. From the creators of The Little Mermaid and Aladdin comes a modern twist on a classic tale, featuring a beautiful girl named Tiana (Anika Noni Rose), a frog prince who desperately wants to be human again, and a fateful kiss that leads them both on a hilarious adventure through the mystical bayous of Louisiana.

The Princess and the Frog marks the return to hand-drawn animation from the revered team of John Musker and Ron Clements, with music by Oscar®-winning composer Randy Newman.

The Princess and the Frog was originally titled 'The Frog Princess' but that title was deemed to racially insensitive, implying that somehow and African-American Princess wasn't beautiful. Tiana working as a maid was also dropped to avoid racial stereotyping.

Louis the trumpet playing alligator is named after Louis Armstrong. Madame Odie was inspired by the famed New Orleans storyteller Colleen Salley, even down to her voice. Salley collaborated with Disney on the movie but never lived to see its completion.

Dr. Facilier is thought to be based on the voodoo god of magic and death, Baron Samedi. Samedi is described as wearing a tuxedo and top hat, and having a skull face. During the scene where Facilier is casting his spell on Naveen, a flash of fire reveals his face as a skull. 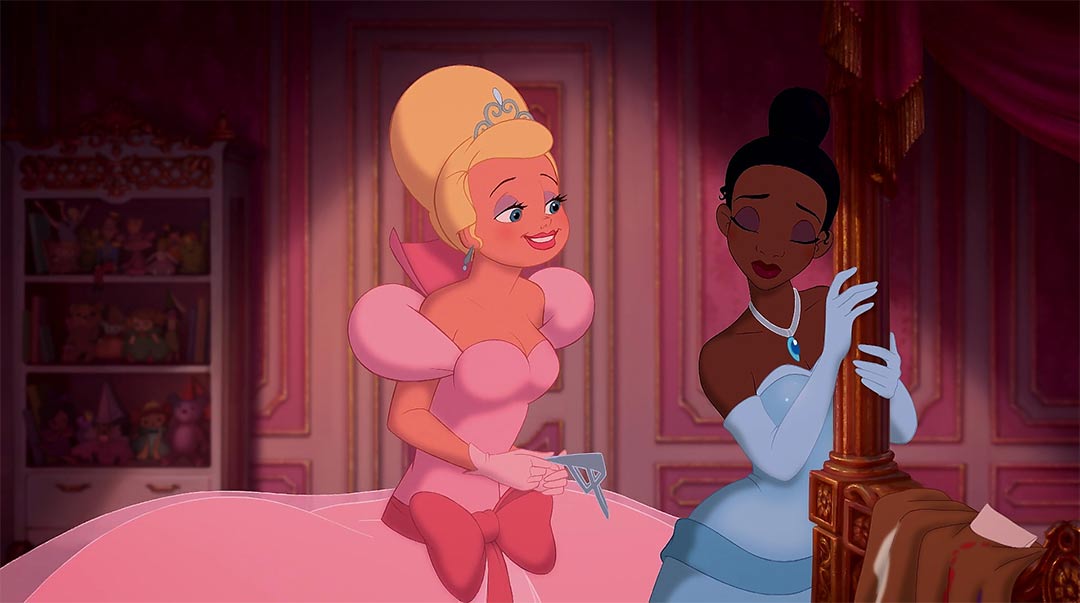 This feature trailer for Disney's Princess and the Frog is wonderful for fans of Disney animation. The movie follows their older animation styles, drawing on Lady and the Tramp for inspiration in the town scenes, and Bambi for inspiration for the bayou scenes. Their desire to follow tradition shows and for some, this will be off-putting but I actually like the nostalgia. It makes this movie feel like a comfort blanket to me, and I'd happily settle down to watch it again and again.

This feature trailer is great because it highlights the massive amount of diversity in scenes that The Princess and the Frog brings. We have the calm, warm, fall colors seen when Tiana is in her restaurant; feeling content and happy despite the amount of work needed. Then we have the pomp and circumstance of the ball, the bright, loud and OTT scenes down in the Bayou and finally, the dark menace of Dr. Facilier and his voodoo magic.

The music in The Princess and the Frog is also glimpsed here, and it is stunning. It's very easy to see- or hear- why Disney keep collaborating with Randy Newman. As for the characters we meet; Tiana comes off as sassy and not to be messed with, Louis and Madame Odie are hilarious, Naveen is misguided and arrogant and needing to learn a lesson in life, and Ray, the firefly, is adorable.

The actual movie itself is wonderful. I'm biased- it's my daughter's favorite film- but I really love it. Mainly I love it because it's not afraid to be sweet, carefree, funny and charming one minute and then dark, intense and really quite scary the next. Dr. Facilier is easily one of Disney's most intimidating villains ever created and, just as an aside, he's even more scary when he creeps up on you in Disneyland. Just saying.