While digging into their town's infamous past, a group of high school students unwittingly unlock a dark secret, unleashing an evil spirit that takes possession of its victims.

The writer/director of Playback, Michael A, Nickles, was an actor for most of his career. Between 1985 and 2003, he acquired 27 acting credits, most notably he portrayed Jim Morrison in Wayne’s World 2. In the film, he became a spiritual guide to Wayne during a fever dream which inspired Wayne to put on his own rock concert.

Playback received a theatrical release but was only released in one theater. It was considered the lowest grossing film of 2012 because it only made $252 in its opening night and another $12 the following week. It was quickly pulled from the theater after only selling 33 tickets. 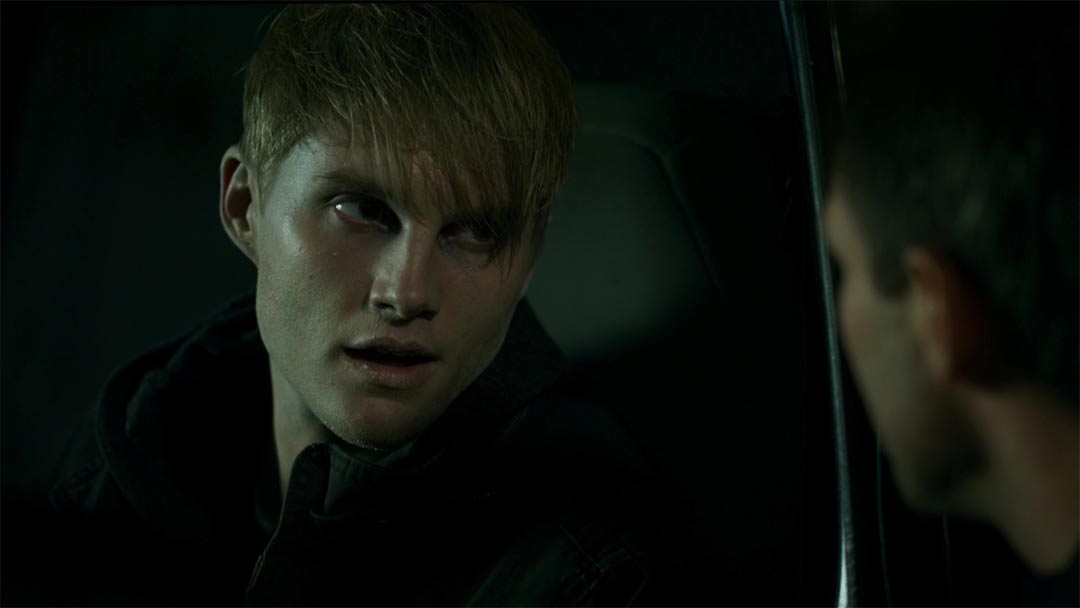 What is going on in the trailer for Playback? Is it a found-footage movie like The Poughkeepsie Tapes where a killer films all his murders? Or maybe it is like The Ring and when you watch the tape you end up dying or at least go a little crazy because the evil power of VHS is just so darn strong. Does the teen who watches the tape turn into a demon? Is that why his face is covered in makeup to give him that “not quite dead yet, but definitely not the picture of health” look? There’s a girl too, who is the girlfriend or friend of the on-his-way-to-demon-hood guy, who is also altered because she looked in the camera?

Now it is not the spirit of the killer from 1994 who is haunting, but the lens itself? Is it more of a perceived dead? So is this movie a little bit like that Goosebumps book Say Cheese and Die? Christian Slater is there too, but it feels like Christian Slater woke up one morning and decided he was going to play a cop in a movie, drove to the wrong set and said, “Eh, it’s fine, I’m sure they’ll pay me too”.

What does any of the trailer for Playback mean? Even the guy who wrote the inter-titles seems confused about what the movie is about. The Playback trailer does not fill me with the need to watch the film because the only thing it promises is a jumbled mess of confusion.