Paranormal Activity is a terrifying supernatural thriller featuring shocking footage of a demonic haunting. Katie and Micah were enjoying a happy, carefree life. Their future looked promising until bizarre events began occurring at night. Katie was no stranger to paranormal phenomena - she had been stalked by a malevolent entity since childhood, and she feared that it had followed her to their new home. They purchased a video camera to find out what was happening at night as they slept.

Over the course of three weeks in September & October of 2006, they ran nightly surveillance and captured indelible proof on home video, which has been edited into the feature film Paranormal Activity.

Paranormal Activity was filmed entirely in director Oren Peli’s home in 2006. The shoot only took 10 days and the actors were not given dialogue. They were expected to create their own natural dialogue based on the situations that were happening within the film.

Dreamworks had plans to remake the film rather than release it as it was. They wanted a bigger budget and well-known actors. They would just use the film as an extra for the DVD. However, the film remains with its low budget and unknown actors.

The film was made for about $15,000 and earned $9 million in its first weekend and made $193 million worldwide total. 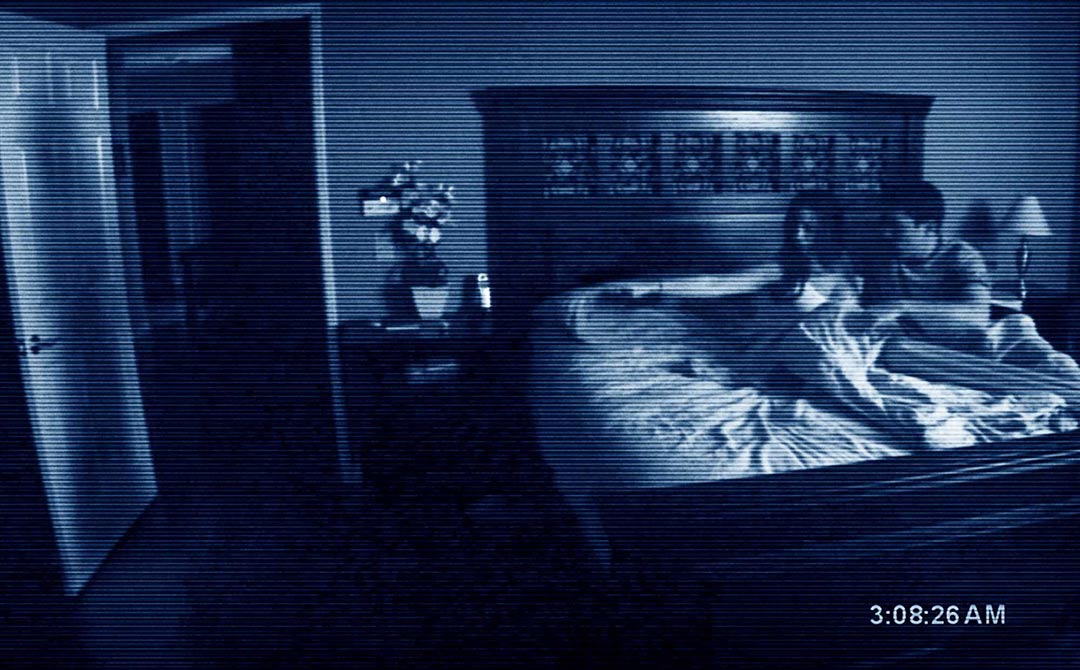 A movie trailer like the feature trailer for Paranormal Activity, which features the reaction of an audience watching the horror film in a theater is like a comedy with a laugh track; is it really necessary to tell us what we are supposed to feel by showing us what other people are doing? It may seem super creative but it actually seems like the film itself does not have enough frightening scenes for the trailer, so they have to depend on a packed theater full of people who have either never seen a horror film, or are drugs that make them super paranoid.

The few scenes they did show of the actual film were not even creepy let alone enough to instill such terror that is seen throughout the audience. The hodgepodge of scenes that are shown from the actual movie also give very little information about what the film is about beyond a couple who live in a haunted house and decide to keep cameras up to capture it? Is that what is going on, or were the cameras already there? If they were, they should probably report their landlord stat.

The trailer for Paranormal Activity may work for those who are easily persuaded and are a bit skittish in general, but a terrified audience and claims that the film is one of the scariest movies of all time does not really help its case unless you are terribly naïve and have only recently discovered the moving pictures.