A squad of soldiers fight in the Korean War's crucial Battle of Incheon.

Their mission directives from Gen. MacArthur are: 1. Recon enemy forces in Incheon and secure the mine chart, 2. Kidnap ‘Ryu Jang-choon,' the second highest ranking officer in the North Korean command center, to acquire intel on the naval mine location and 3. On D-Day, light the Palmido light house as a signal to the main UN forces. Only when the light house is lit will General MacArthur initiate the battle to take back Incheon. With everything they got, Jang and the KLO unit charge the lighthouse...

The production was so excited to have Liam Neeson on board that they even offered the actor the opportunity to film all of his scenes in the United States so he wouldn't have to travel. The actor insisted that, for authenticity, he would head on over to South Korea to take part in the primary filming.

Operation Chromite covers the Battle of Inchon, a historic event credited for stemming a string of victories by North Korea that gave the communist region control of Seoul. With the amphibious invasion from the United Nations, South Korea was able to quickly take back Seoul and, in the following weeks, the rest of their country.

Without this operation, Samsung may not have existed today. 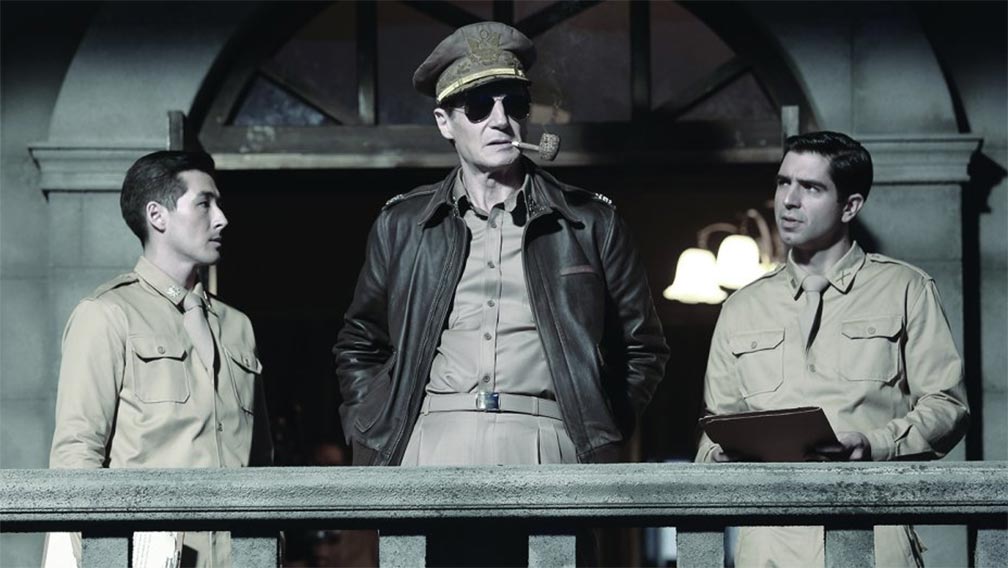 Since the Korean War is considered a forgotten historic event, I'm always pleased to see it get some media attention. I was a History Minor -- Economics/Accounting Major -- and even with those additional classes the war was rarely discussed. So, with the help of the silver screen, we get an introduction to Operation Chromite, a very important operation that was took a bit of work to get support.

The trailer for Operation Chromite looks perfectly up to par for a war movie, but we do have to admit that there isn't exactly enough there to decide whether this film is more about the behind the scenes dealings with the operation -- and with Liam Neeson -- or is it more Saving Private Ryan, with much of the focus on the being on the ground in a large, multi-battle, offensive.

The verdict is still out, but I'm digging Neeson as Douglas MacArthur.