Theatrical trailer for the re-release of Only Yesterday to domestic markets under the distributor GKids.

It’s 1982, and Taeko (Daisy Ridley) is 27 years old, unmarried, and has lived her whole life in Tokyo. She decides to visit her relatives in the countryside, and as the train travels through the night, memories flood back of her younger years: the first immature stirrings of romance, the onset of puberty, and the frustrations of math and boys. At the station she is met by young farmer Toshio (Dev Patel), and the encounters with him begin to reconnect her to forgotten longings. In lyrical switches between the present and the past, Taeko contemplates the arc of her life, and wonders if she has been true to the dreams of her childhood self.

From Academy Award-nominated director Isao Takahata (The Tale of The Princess Kaguya) and general producer Hayao Miyazaki, Only Yesterday is a masterpiece of time and tone, rich with humor and stirring emotion, and beautifully animated by one of the world’s most revered animation studios. Critically acclaimed but never before released in North America, the film is receiving a national theatrical release in a new, Studio Ghibli-produced, English-language version in celebration of its 25th anniversary.

Why did it take so long for Only Yesterday, the biggest domestic box office hit during it's initial 1991 release in Japan, to come to the United States? Two reasons. First, moviegoers in the US are slow to adopt foreign films, and, second, Walt Disney Pictures thought the film was not worth domestic distribution because it references woman menstruation. #nojoke

So why now? Well, when it was announced that Daisy Ridley, who is blowing up thanks to Star Wars: The Force Awakens, and Slumdog Millionaire's Dev Patel would voice the lead characters in English, the opportunity was too good to pass up for GKids. Now let's see if they keep those er, bloody references. 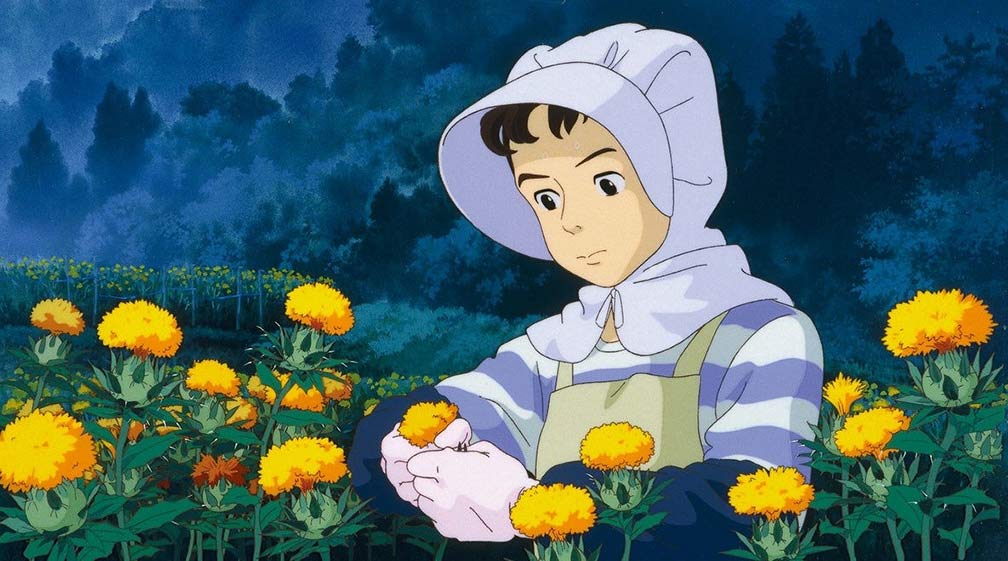