Adapted from the 2010 graphic novel by Joe Casey and Chris Burnham, Officer Downe concocts a hyper-real Los Angeles for the story of a savage LA policeman who is repeatedly resurrected and returned to active duty via dark science technology. When a rookie officer named Gable is recruited as back up, he discovers there's much more to the titular super-cop than a mindless law enforcement drone warring against a twisted rouges gallery of over-the-top super-villains.

Based on the comic, the adaptation was first announced summer 2013. To ensure that the adaptation would be faithful to the source material, Joe Casey, the man behind the comic, was hired to write the screenplay. Casting on Officer Downe was finally completed nearly two years later.

The film is being directed by Shawn Crahan. If the name sounds familiar, that is because this is the same Crahan from the band Slipknot. Because of the director's musical history, Slipknot singer Corey Taylor can also be spotted in the film.

Wrapping production in May, Officer Downe premiered at the LA Film Festival in June. The actioner received some mixed reviews. The general consensus was that, if you are a fan of parodies or over the top raunchiness, then the film is for you. If expecting something less crazy and more grounded,  the film probably didn't meet your standard. 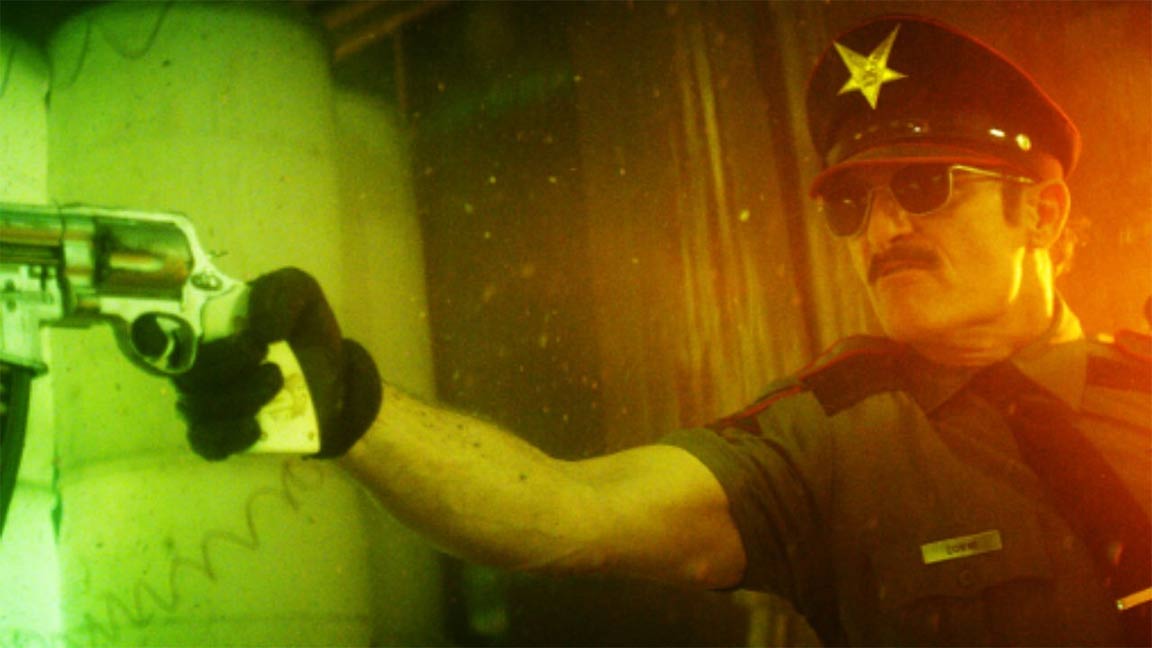 If you are going to have over the top action, you might as well commit to it. So is the case for the Officer Downe trailer. And, if you are trying to figure out what the title character's weapon of choice is, stop guessing. It doesn't exist. In the comic, Officer Downe was known for using an .85 caliber magnum handgun to dispatch criminals. Having shot what I thought was a hand cannon but really a Desert Eagle .50, I couldn't even fathom the carnage a gun with a caliber that size would do.

But it looks like I don't need to imagine, as the trailer is chock full of action shots showing just what happens if a .85 caliber round were to make contact. In short, it blows your shit apart. Obviously, this film has no issue with the gore. Celebrating the fact that it's raunchy, Officer Downe is selling a film that mixes, gore, action, more gore, mayhem and, of course, some sex. It knows what it is, and hopes we do to.

While the film likely won't draw many to theaters, expect it to find a following when it makes its way to Digital HD and other home formats. It's also nice to see Kim Coates enjoying himself in a leading role. 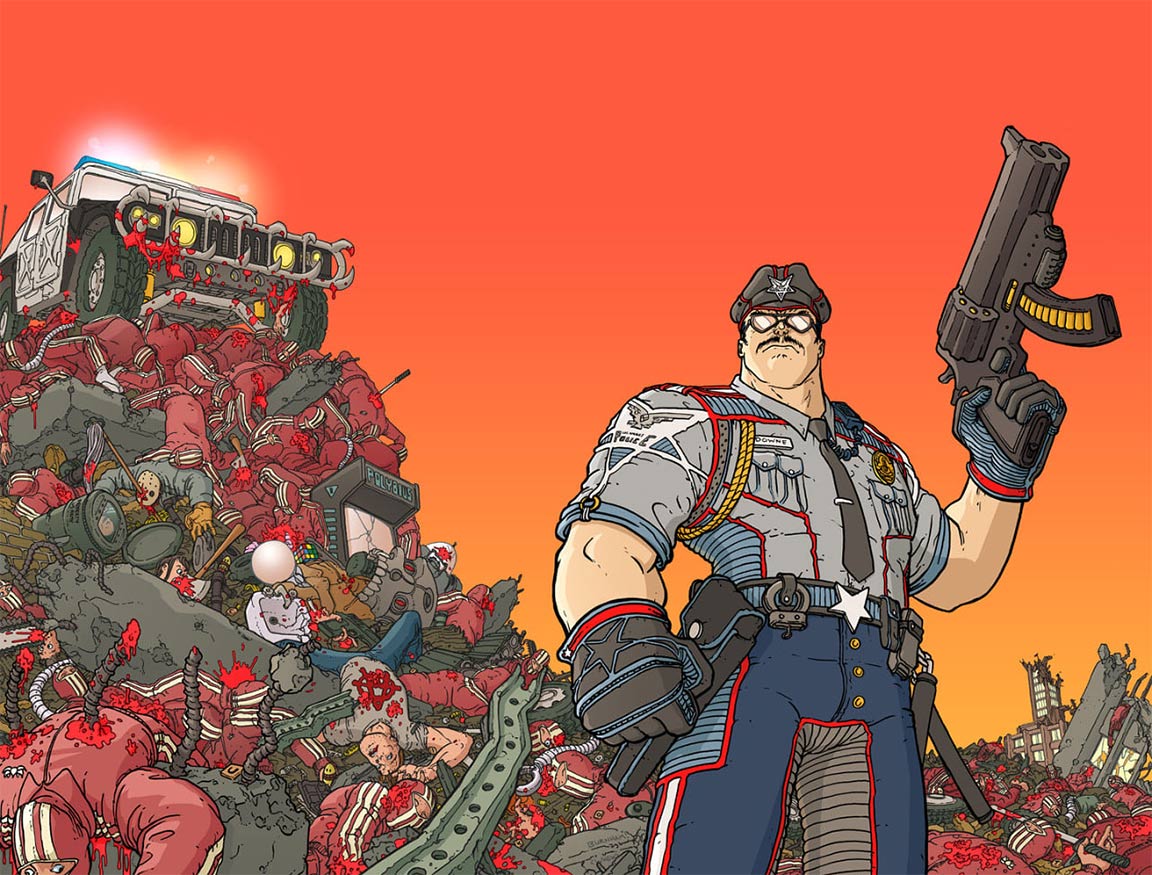