Tom Brand (Kevin Spacey) is a daredevil billionaire at the top of his game. His eponymous company FireBrand is nearing completion on its greatest achievement to date – the tallest skyscraper in the northern hemisphere. But Tom’s workaholic lifestyle has disconnected him from his family, particularly his beautiful wife Lara (Jennifer Garner) and his adoring daughter Rebecca (Malina Weisman).

Rebecca’s 11th birthday is here, and she wants the gift she wants every year, a cat. Tom hates cats, but he is without a gift and time is running out. His GPS directs him to a mystical pet store brimming with odd and exotic cats- where the store’s eccentric owner- Felix Perkins (Christopher Walken), presents him with a majestic tomcat, named Mr. Fuzzypants. En route to his daughter’s party, Tom has a terrible accident. When he regains consciousness he discovers that somehow, he has become trapped inside the body of the cat. Adopted by his own family, he begins to experience what life is truly like for the family pet, and as a cat, Tom begins to see his family and his life through a new and unexpected perspective. Meanwhile, his family adjusts to life with an odd and stubborn cat, and his son David (Robbie Amell), steps up in ways Tom never expected.

If any hope exists of returning to his family as the husband and father they deserve, Tom will have to learn why he has been placed in this peculiar situation and the great lengths he must go to earn back his human existence.

It turns out that the casting director for Nine Lives went to the superhero actor pool when looking for talent for this film. Kevin Spacey and Christopher Walken have Superman Returns and Batman Returns, respectively. While Jennifer Garner did her stint in Daredevil and Elektra. Robbie Amell made an appearance in The Flash TV series, while Malina Weissman plays Supergirl in the TV series Supergirl.

In short, they all have some familiarity with CG effects. 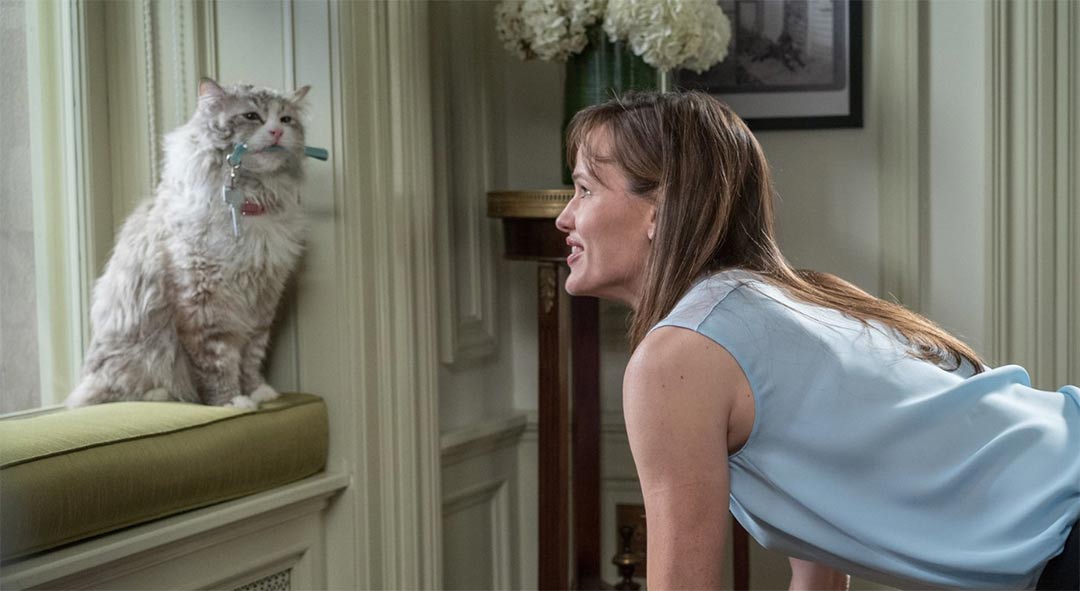 Unlike the teaser trailer, the trailer for Nine Lives gives audiences a sense of plot and an explanation of how Kevin Spacey's character got placed into the body of a cat. In a weird twist of fate, it would seem that Spacey's character meets almost the same character that Adam Sandler met in Click; also played by Christopher Walken. Anybody else notice this? Walken is dedicated to bringing families together!

Nine Lives is definitely more family than comedy, targeting a more child-based audience with its kid-friendly gags. While I'd let this slide for a pure CG movie, expect audience members to always have kids in tow.