Workaholic Kevin (Adam Pally) goes home with the beautiful trainwreck Madeline (Rosa Salazar) for a drunken one night stand, but he's horrified to discover she's actually his boss' jilted ex-mistress. After she takes a bottle of sleeping pills, Kevin is forced to keep her awake all night. As Madeline and Kevin banter through the night, they begin to fall for each other.

Night Owls was filmed in only two locations, the house, and a hotel room. The house was located in Topanga Canyon and was found on AirBnB, a website that provides lodging in the form of people’s own homes as an alternative to hotel rooms.

The movie was filmed in seventeen days with sixteen days of it being filmed in the house. Night Owls received positive reviews from critics. It currently holds a 100% on the website Rotten Tomatoes. However, there are fewer reviews than many larger movies.

Three of the stars of the film have all been cast members of beloved television shows that were cancelled before their time. Adam Pally from Happy Endings, Tony Hale from Arrested Development, and Peter Krause from Sports Night. Although, Krause was also a part of two long-running shows, Six Feet Under, and Parenthood. 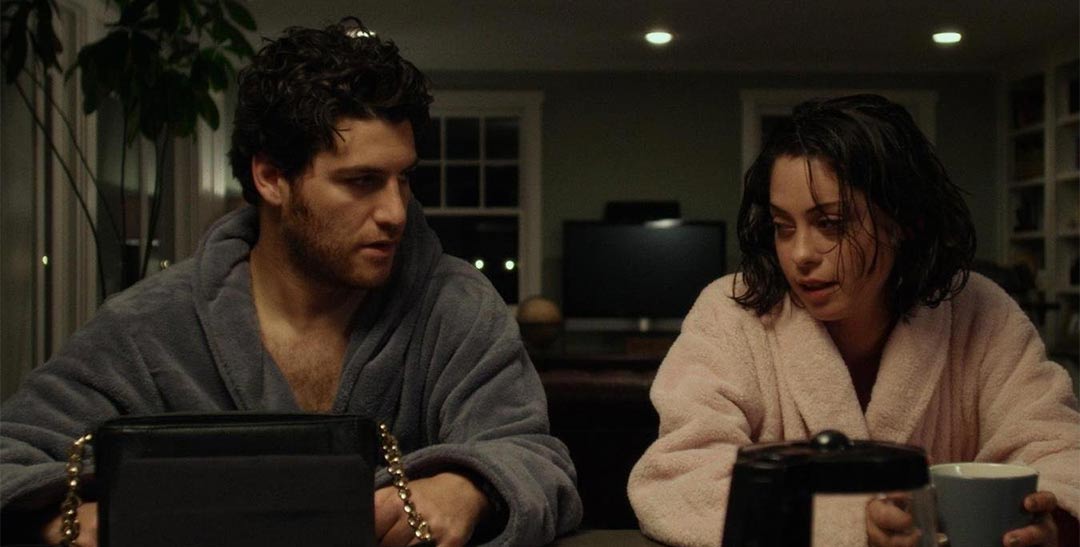 Adam Pally who was always a delight on Happy Endings and The Mindy Project takes his comedic chops to the big screen with the comedy Night Owls. Pally plays a guy who takes his job seriously and appears fairly straightlaced until he decides to go home with a beautiful stranger. He discovers that the stranger’s house is not actually hers but the home of the man she was having an affair with. To make it all the more complicated the man for who she is the mistress just happens to be Pally’s boss, oh dear what an unfortunate turn of events. The mistress ends up taking a bunch of sleeping pills and now it is up to Pally to keep her awake all night so she doesn’t die.

As far as romantic plots, Night Owls is original and although it is obvious to anyone who has seen a romantic film, that the two character's constant bickering and bantering will ultimately end with the two falling in love. It seems like a sweet, fun and amusing journey to that inevitable moment when they realize that fact.

Films that take place in mostly one location, and revolve around two actors can go either way. The film could be a slow moving disaster that drags along with unbelievable scenes to fill the gaps, or it could be an intimate and enjoyable experience, judging by the trailer for Night Owls, I think it is safe to assume that fun will be had by all.