Two best friends (Paul Rudd and Patton Oswalt) make a last-ditch effort to become famous, stumbling into a series of misadventures that threaten their lives and dignity.

Written by Andrew Kevin Walker, it turns out that the scribe has been attempting to get this animation made into a feature or TV series for years. As crazy as it sounds, Walker expected this story to presented in live-action, and only decided on animation later. Thanks to his love for some of the cartoons on Adult Swim, Walker got in touch with Titmouse, Inc. Showing the production company the script, Titmouse immediately decided to get an animated feature into production.

Nerdland premiered at the Tribeca Film Festival, the reviews acknowledge that the feature feels very Adult Swim. In short, if you are a fan of Metalocalpyse, you will be a fan of this. Which makes sense, since the two share the same director with Chris Prynoski.

Like Sausage Party, Nerdland is a very R-rated animation. It's just a bit more low budget.

Though not shown in the trailer, the film is noted for its scenes of graphic sex and violence. 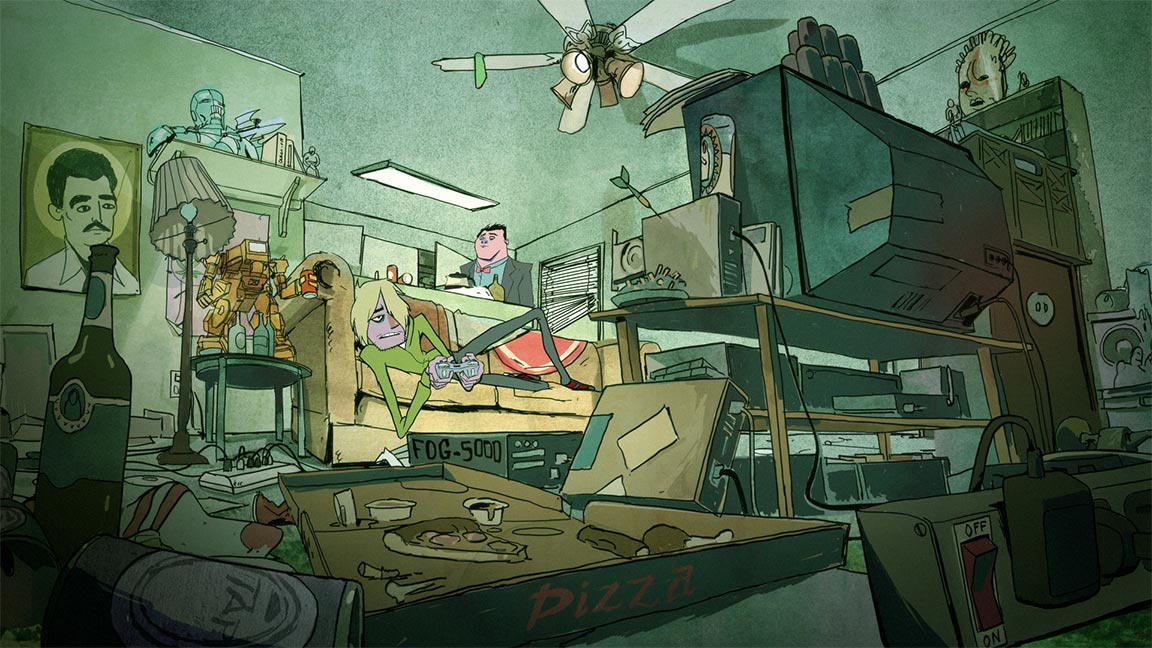 Adult Swim indeed! The only thing disappointing about the first Nerdland trailer is how reserved it is. The film is known for having tons of R-rated content, and the trailer works to shy away from anything that might not pass as greenband. Which raises the question: Why not a red band?

With an animated film that will rely almost entirely on its content, it is strange to see Samuel Goldwyn kick off the marketing with something that is very PG. In short, there is no way this is an honest look at the film. If there are any perks to be had in this trailer, at least we get to hear the film's voice cast and get a sampling of the animation to be seen.

Other than that, we're waiting on a red band to make a real assessment on whether the animation is deserving of a theatrical visit.