Neighbors is about a young couple suffering from arrested development who are forced to live next to a fraternity house after the birth of their newborn baby.

Neighbors is titled Bad Neighbours in the U.K. and Australia, to avoid any confusion with the long-running Australian soap opera, Neighbours, which is very popular in the U.K.

All the cast took pay cuts to appear in the movie, in particular, Seth Rogen and Zac Efron. All actors had the last laugh, however; the film had an $18 million budget and made $19.5 million on its opening day!

The twin girls, Elsie and Zoey Vargas who played baby Stella were incredibly well behaved and smiley. They only became upset when Rogen and Rose Byrne yelled at each other when filming a fight scene. They were so popular with cast and crew that everyone came to set on their last day of filming to say goodbye. 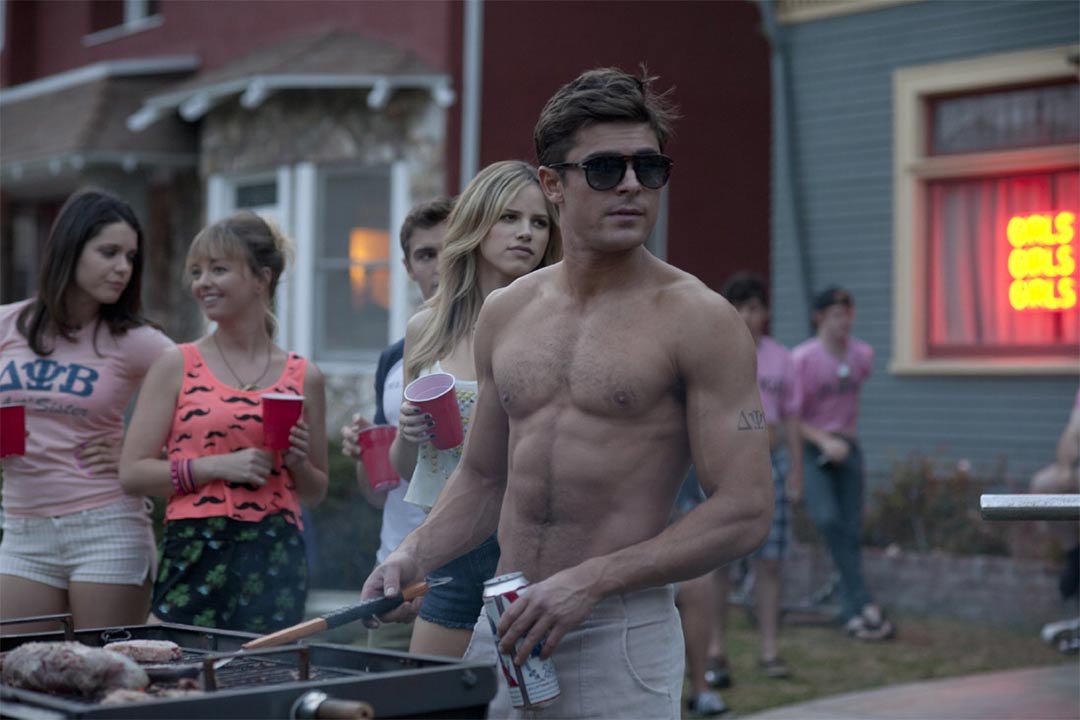 Zac Efron has graduated from High School Musical, and now he's attending college. Not only that, but he's part of a fraternity, it seems. In Neighbors, he stars as a typical frat boy, involving drinking, partying, getting with girls and very little studying. Him and his frat boys move in next door to Mac and Kelly, a couple who are just starting out life with their newborn baby.

As you can imagine, the two lifestyles don't mix well, and as the trailer shows, this leads to some awkward, yet incredibly funny, moments as the parents declare war on the frat house.

R-rated comedies are not always my thing, but Neighbors is perfect for letting lose and having a damn good laugh. It's funny. It's childish in places, but there's frat boys involved, so what do you expect? It's silly but you'll laugh anyway, because a baby blithely eating a condom is funny... unless it's your own baby and then it's not really funny at all.

Efron is slowly making a name for himself in these types of comedies. In some ways this seems a shame, since he does have a good singing voice and great musical ability...but I do understand his need to break away from the Disney type casting. And let's face it, he suits this type of role. He plays off against Rogen well, and he's got good comic timing and delivery.

Neighbors isn't deep or profound, it won't stay with you long after watching but sometimes a bit of light-hearted escapism is all we want and need from a movie, and Neighbors can definitely provide that.