Trailer for Muppets Most Wanted.

Packed with celebrity cameos and featuring star turns from Ricky Gervais, Tiny Fey and Ty Burrell, Muppets Most Wanted takes the entire Muppets gang on a global tour, including stops in Berlin, Madrid, Dublin and London. But mayhem follows them overseas as they find themselves unwittingly entangled in an international crime caper headed by Constantine, the World's Number One Criminal, and dead-ringer for Kermit.

Miss Piggy has always been a pig with panache; in Muppets Most Wanted, her wedding gown is designed by Vivienne Westwood from a special fabric using recycled water bottles!

Ricky Gervais had a starring role this time, after his cameo was cut from The Muppets.

Speaking of cut cameos... Disney Channel star Ross Lynch managed to keep his cameo in Muppets Most Wanted, but other actors from the channel weren't so lucky; Debby Ryan, Bridgit Mendler, Tyrel Jackson Williams and Jake Short all only made the extended cut. 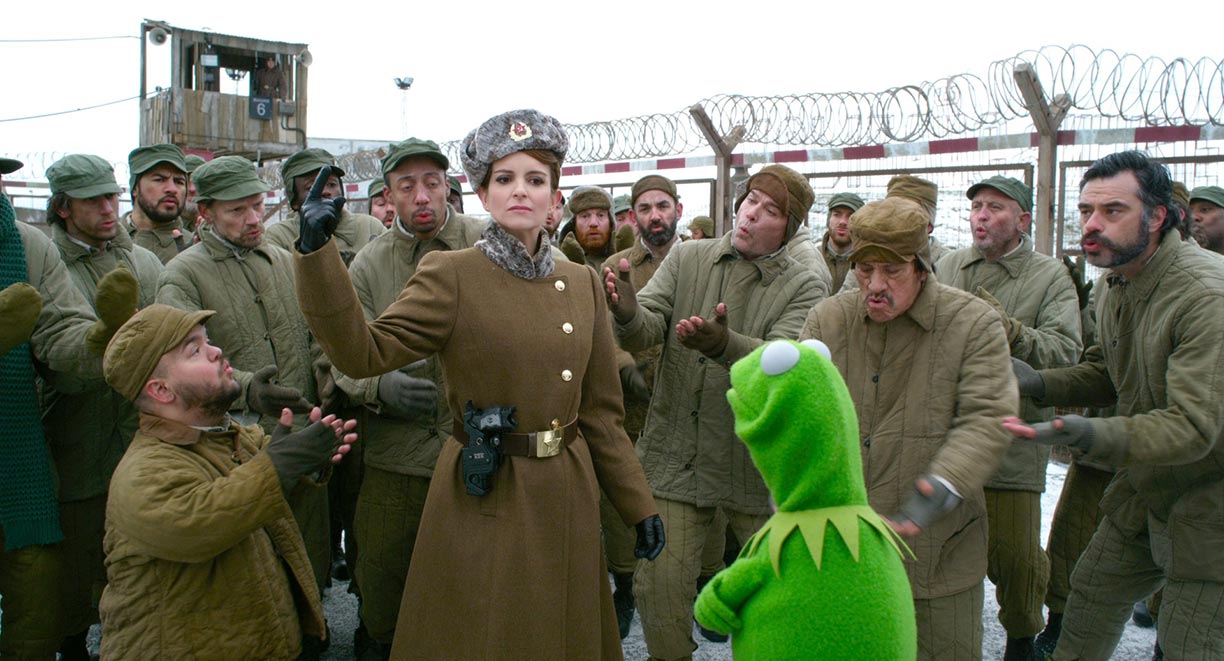 The Muppets are back, and it's always a joy to see them on our screens. This time, something is up with Kermit. Well, to be exact, he's been kidnapped and replaced by Constantine, the world's most dangerous frog. Meanwhile, Kermit has been mistaken for Constantine and sent to live in a Russian Gulag.

The Muppets are all set to go on a world tour after their successful return, and they decide to sign to a new manager, Dominic Badguy, only he doesn't seem to quite as genuine as he makes out either. Oh, and on top of it all, Constantine has lured Miss Piggy into marriage under false pretenses!

I love and adore the Muppets, and I don't like to say anything bad about them...so I won't. Muppets Most Wanted isn't as good as The Muppets but it is still a really great film and I love it. They just always make me laugh; possibly too much of my childhood is caught up in them, but I actually think they're just genuinely funny characters.

The trailer above gives a really great look at some of the human actors too. Tina Fey is always a joy but she's really fantastic here, and totally delivers the laughs. Ty Burrell was born to play opposite Sam the Eagle- it's the pairing we never knew we needed until now. As for Ricky Gervais, well, he's always much the same in any role he does, but that's not to say he doesn't do it well, and he plays the villain with a quiet subtlety mixed with total exasperation, which is really fun to see.