Special trailer for Muppets Most Wanted shows a musical sequence that supposedly happened right after the first installment. Preview leads into a track known as "Sequel Song" while showcasing cast introductions and never before seen footage from the film.

Ricky Gervais and Danny Trejo appear in Muppets Most Wanted. Which must have been a relief to the actors after having their cameos cut from The Muppets (2011).

The list of celebrity cameos for Muppets Most Wanted is very long, including Ross Lynch, Josh Groban, Lady Gaga, Tony Bennett, and Ray Liotta, who also had a cameo in Muppets from Space (1999).

This is the first Muppet movie to make reference to a previous one (The Muppets). Prior to this, all Muppet movies have been standalone films, meaning each Muppet could have a new origin story as necessary, and meet each other for the first time.

At the end of the sequel song, Walter suggests they call the movie Muppets Again, and indeed the song ends with that line, too. The sequel did indeed hold the working title Muppets...Again, until it was changed to Muppets Most Wanted at the last minute. 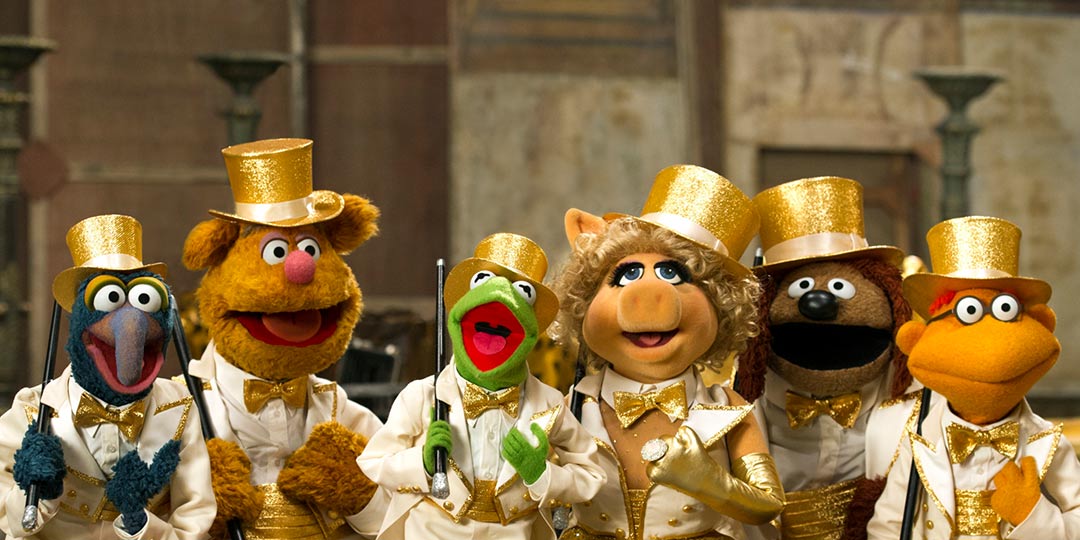 The Muppets are indeed back once more, and what a brilliant introduction to the newest movie. The Muppets Most Wanted trailer takes the form of a full song, with all the Muppets we know and love, as well as a good look at what's to come in the film.

Human wise, Amy Adams and Jason Segel are not returning, but Ricky Gervais, Ty Burrell, and Tina Fey are all on hand to deliver some fun characters and truly, Gervais looks like he's having the time of his life. Who can blame him? The Muppets are awesome and fill me with joy.

And now the Muppets are back together again, they decide to take their act on a world tour, managed by Dominic Badguy (Gervais), who is really just a front man for the  evil frog, Constantine, who bears a striking resemblance to Kermit.

When Constantine breaks out of the Russian gulag, Kermit is mistakenly captured, leaving Constantine to take over the Muppets and poor Kermit to put together a variety show with the gulag inmates.

As the brilliant song above says "everybody knows that the sequel's never half as good," and yes, that is the case here. But really, it doesn't matter. Muppets Most Wanted is still full of gags, laugh out loud moments, and also moments of real heart. Plus there's Kermit, Fozzy, Animal and of course, Miss Piggy. What's not to love?!