Mud is a coming-of-age drama centered around two fourteen-year-old boys who encounter a mysterious fugitive hiding out on an island in the Mississippi. Intrigued by this man, they enter into a pact to help him evade capture and reconnect with the love of his life. Though it is hard for the boys to discern truth from fiction when it comes to Mud, it isn't long until their small Arkansas town is besieged by a beautiful girl with a line of hunters in tow.

Chris Pine was in talks for the title role of Mud as late as May 2011, but Matthew McConaughey was eventually cast. This worked out, as McConaughey was writer/director Jeff Nichols’ first choice for the role, even since seeing him in Lone Star.

Even though he was busy with Man of Steel, Michael Shannon was still able to find time to play the part of Galen in the film, marking the third time he’d worked with Nichols. The other two films are Shotgun Stories and Take Shelter. 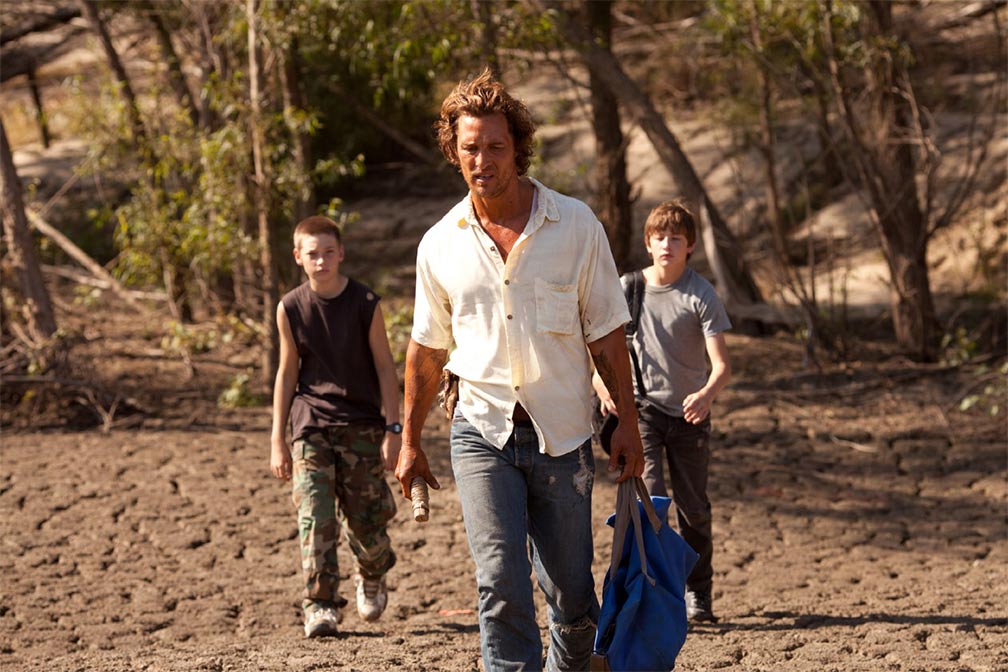 The trailer opens with a shot of a boat making it’s way down a muddy river, quickly helping to set the scene. This won’t be a movie about problems in a big city somewhere, but something more rural, something a little dirtier. It looks like it’ll be something pretty Southern in feel, or at the very least capturing some of the more rural side of America.

As the trailer progresses, we see two teenage boys set out on an adventure. They’ve heard there’s a boat stuck in a tree out on an island in the river. It’s a bit like Stand By Me, but instead of a dead body they find a boat in a tree and a man on the run. Mud, play by McConaughey, is a mysterious man, a man with enemies, and, if some of the other characters are to be believed, not one that always tells the truth. He’s looking for his girlfriend, while some men are looking to kill him. He needs the boys' help to make it out alive.

If Mud is anything like the other movies Nichols has helmed, then we’re in for a treat. McConaughey looks to turn in a performance that’s much more on the level of True Detective than it is Ghost of Girlfriend’s Past. And he keeps his shirt on for the whole trailer.