Mother's Day is the latest star-studded ensemble comedy from director Garry Marshall (Pretty Woman, Valentine’s Day). Bringing together Jennifer Aniston, Kate Hudson and Julia Roberts along with Jason Sudeikis, it's a celebration of mothers everywhere. This big-hearted comedy invites us all to enjoy the laughter, tears and love as three generations come together in the week leading up to Mother’s Day.

Things are not how they look with Jennifer Aniston and Julia Roberts. Despite having a scene together (screenshot below), they  never met during filming, due to scheduling conflicts. Although it looks like the two actresses are talking together in the same shot, a stand-in was used for the other actress during filming. The Studio even released a photo featuring the two together, but it was later found that is was created using PhotoShop. 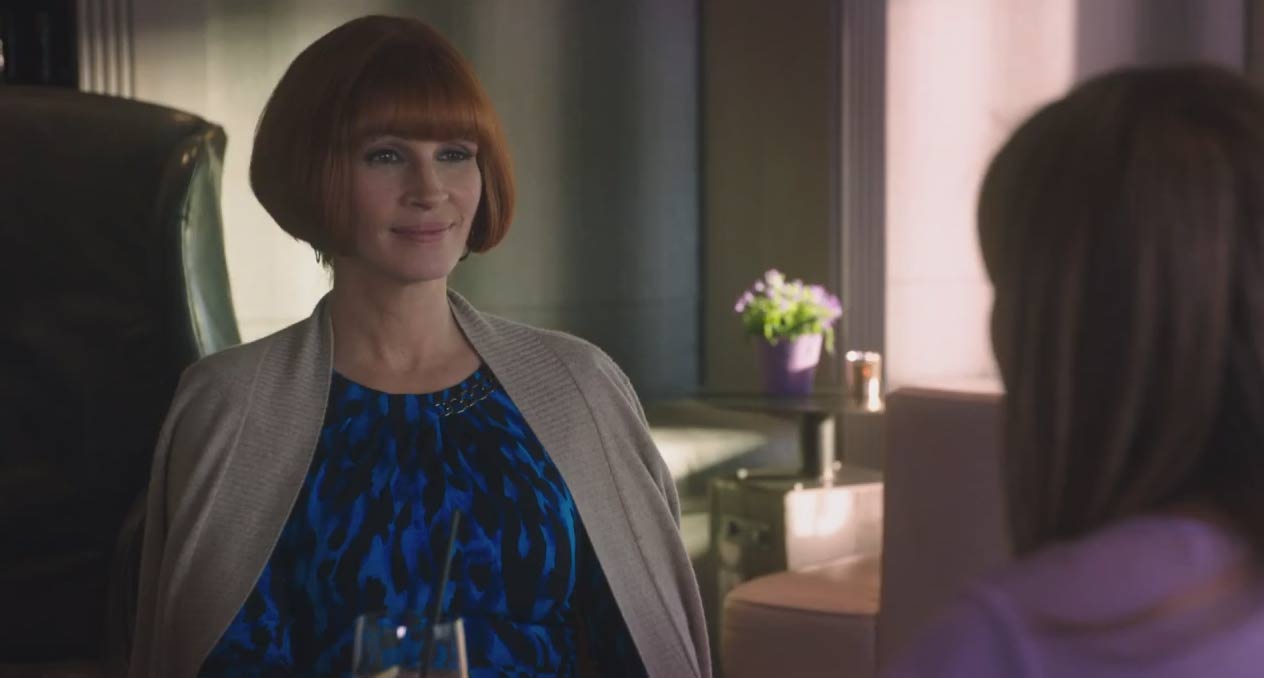 This would be the 4th film where the characters of Jason Sudeikis and Jennifer Aniston had some kind of romantic or sexual relationship. The first 3 being: The Bounty Hunter (2010), Horrible Bosses (2011) and We're the Millers (2013).

Here we go again...not much has changed since the first trailer. Based on these two looks at the film, it looks like a drawn out snoozefest. Even though the title is "Mother's Day", the focus on the plot seems to stray away from the actual holiday and focus on the four relationships.

Producers Heather Hall, Wayne Allan Rice and Mike Karz know that they key to these "Holiday" films is the ensemble cast. And that is the one thing they did right. Be hones, would we even be talking about this film if it was not for the fact of Jennifer Aniston, Kate Hudson, Timothy Olyphant, Julia Roberts, and Jason Sudeikis being in it?

Not my cup of tea, but it seems to be the flavor of plenty of people looking for a feel-good film.