In the taut and tense thriller Money Monster, Lee Gates (George Clooney) is a bombastic TV personality whose popular financial network show has made him the money wiz of Wall Street. But after he hawks a high tech stock that mysteriously crashes, an irate investor (Jack O’Connell) takes Gates, his crew, and his ace producer Patty Fenn (Julia Roberts) hostage live on air. Unfolding in real time, Gates and Fenn must find a way to keep themselves alive while simultaneously uncovering the truth behind a tangle of big money lies.

This is the fourth film Julia Roberts and George Clooney have appeared in together. However...
Due to scheduling conflicts, the pair didn't film together at all. Roberts filmed her scenes on a green screen.

Location filming took place on Wall Street, for fifteen days. A scene was also shot in front of Federal Hall.

Thanks to Clooney's friendship with co-star Jack O'Connell, he is now an avid supporter of British football team, Derby County. 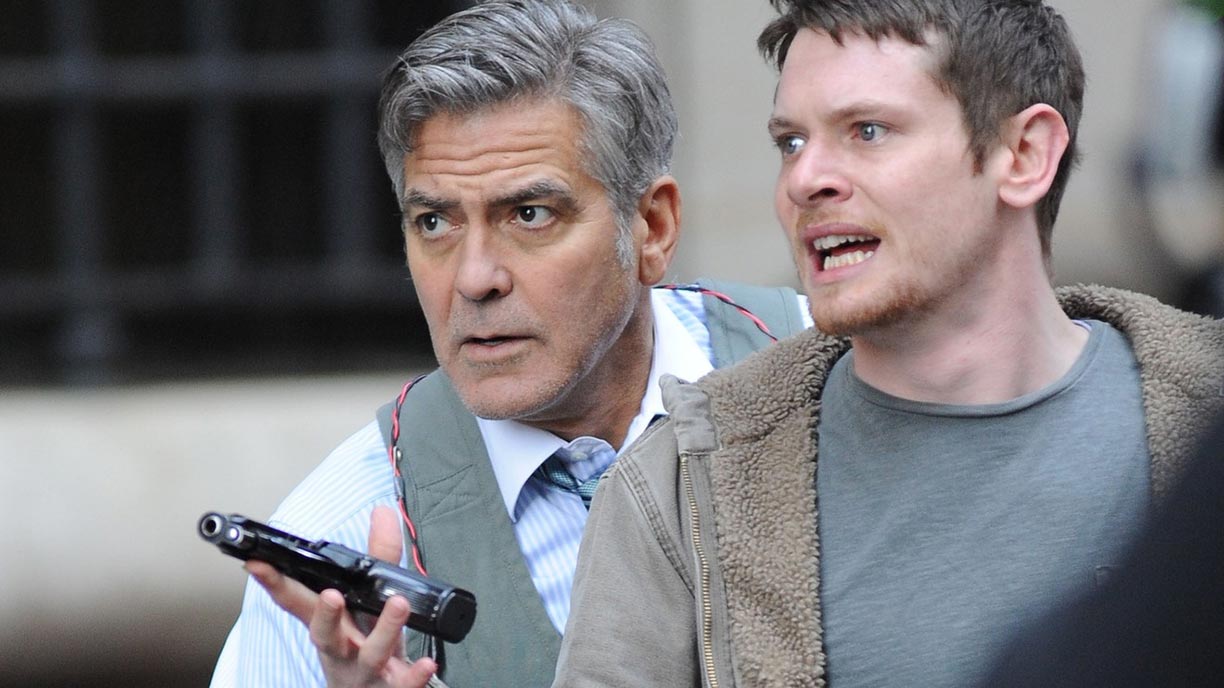 Money Monster is basically an excuse for us to see Julia Roberts and George Clooney on screen together again, which is funny, since they didn't film together but still, their chemistry somehow transcends all that and they're great on screen.

As the trailer shows, Money Monster tells the story of a gunman taking TV host Lee Gates hostage. The gunman feels hard done by, after losing everything in the financial collapse. In desperation, he holds Gates at gunpoint, since he is the host of a daytime money TV program, and he hopes it will draw attention to his plight.

It does, of course, but not in the way he might have hoped. While the police surround the building, trying to disable the situation, Gates decides to try and help the gunman by finding answers to his problems.

This trailer definitely packs a punch; it's full of gripping moments from beginning to end which actually makes me want to see the movie, just to see how it all pans out. However, I'm not sure if the pace of the trailer can be sustained throughout a full length movie, or whether Money Monster will get a little lost. Time will tell.