Miss Sloane is the story of a ruthless lobbyist (Jessica Chastain) who is notorious for her unparalleled talent and her desire to win at all costs, even when it puts her own career at risk. The thriller pulls back the curtain on how Capitol Hill games are played and won as Sloane faces off against the most influential powers in D.C.

The film's script came from a surprise source. An unrepresented -- aka no agent or union -- screenwriter who was working out of Asia came up with the story in 2014. Shooting his spec script over to Hollywood by email, it was eventually picked up, allowing same screenwriter to further develop it. Just short of a year later, Jonathan Perera saw his script land some strong talent.

While it's obvious the cast of Miss Sloane is strong, only three have Oscar nominations? Which three? We will give you a hint with the initials JC, SW and JL.

It also makes sense that Alison Pill would be listed on the credits, as the actress has a thing for politically charged dramas. And when it comes to making sense, it is no surprise that some of the film's production took place in Washington, DC. 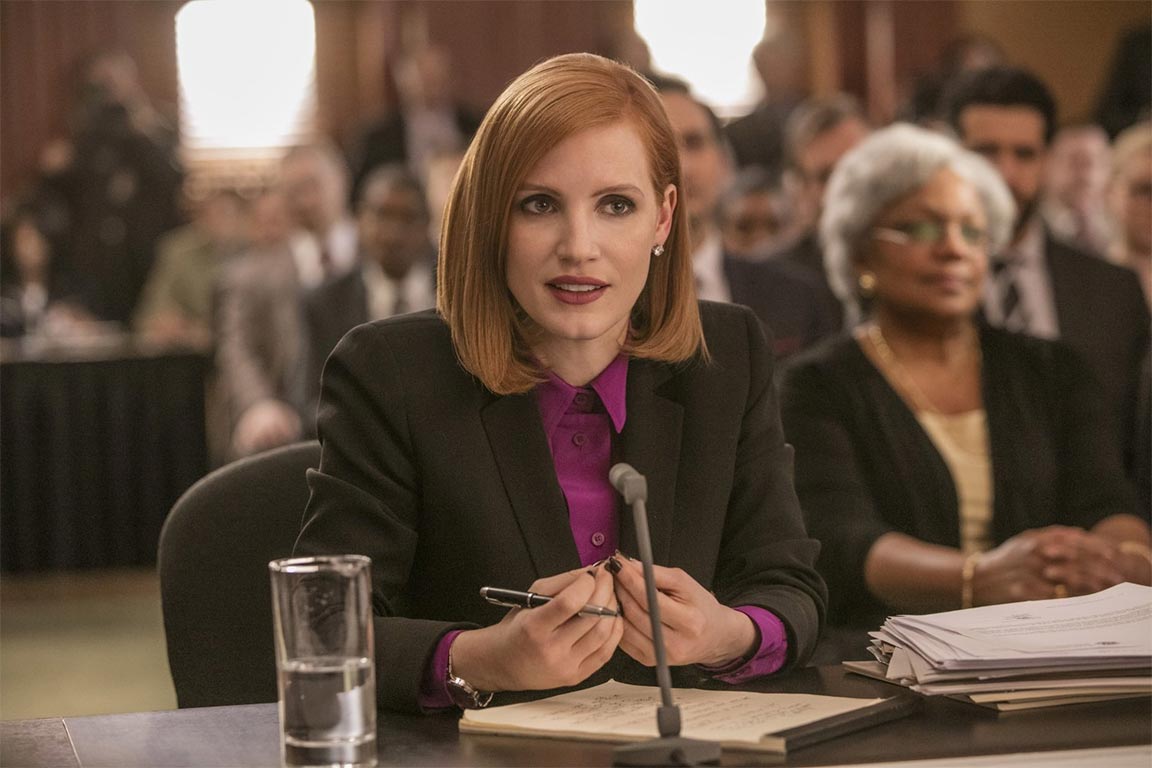 When you have a film dealing with the gun control you are bound to polarize your audience. A hot topic politically in the United States, it is hard to guess whether the subject matter will drive audiences or deter them. That being said, the Miss Sloane trailer is just as focused on Jessica Chastain's performance along with the ensemble cast, as it is on the story.

Well played FilmNation. Draw the audience in with an ensemble cast and a backroom look at political dealings and negotiations. That audiences will find interesting, especially in this politically charged environment that acknowledges that our politicians and lobbyists have never been so secretive.

The preview is more of a teaser trailer in the end, and it uses the limited sneak peek to sell the film appropriately. While I'd typically wait for a film such as this to come home, I am waiting for the full trailer to see if it can convince me of a theatrical viewing. As of right now I'm going to take the political route and vote "present".