A young man who awakens from a four-year coma to hear that his once virginal high-school sweetheart has since become a centerfold in one of the world's most famous men's magazines. He and his sex-crazed best friend decide to take a cross- country road trip in order to crash a party at the magazine's legendary mansion headquarters and win back the girl.

In the first cut of the film, Hugh Hefner was actually played by Robert Wagner. After Hefner viewed a rough-cut of the film, he was so entertained and amused by the film that he decided to play himself for the film. The scenes were re-filmed and Wagner was cut from the film. Prior to that, Playboy had no involvement in the film.

The issue of Playboy that is supposed to feature Miss March was a real issue of Playboy from 2005. The cover model is Sara Jean Underwood. The co-writers/directors and stars of Miss March, Zach Cregger and Trevor Mooreare both from the sketch comedy show The Whitest Kids U’Know. 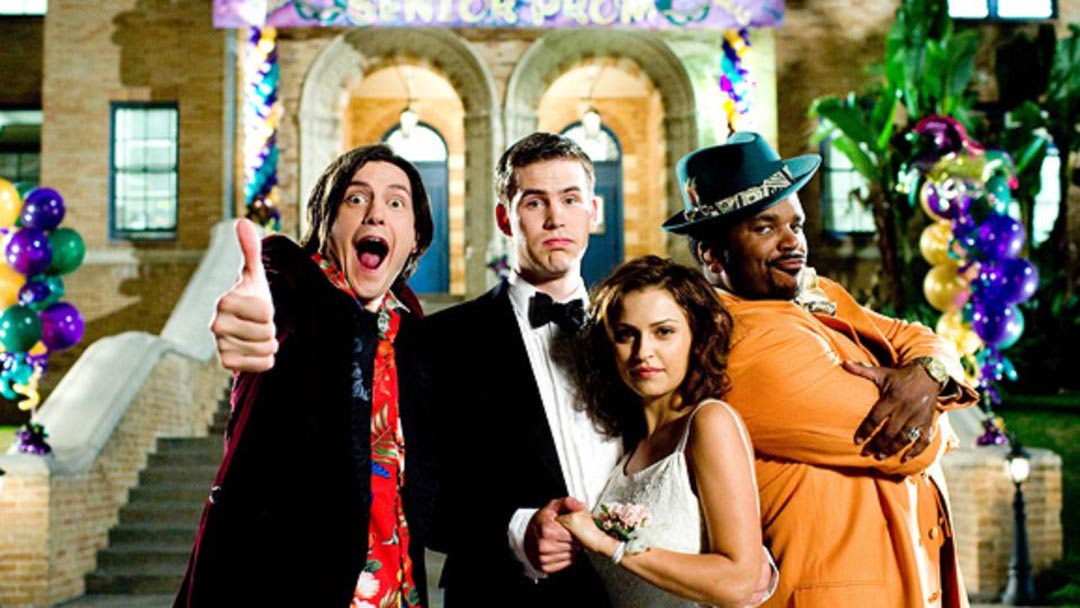 As far as dumb road trip comedies about a guy trying to get laid go, Miss March does have a slightly unique plot device to get to that point. The trailer starts out with a high school party, with one guy telling his friend that the girl of his dreams is waiting for him. When he opens the door and falls down the stairs of the basement, I thought it was just a slapsticky moment that would have no relevance to the rest of the movie, but it actually happened for a reason. The guy wakes up from a coma four years later to see that his dream girl is now a Playboy centerfold, Miss March to be exact. The poor guy has been in a coma for four years and the first thing that he and his friend think to do is go to the Playboy mansion to find her? Sure, that makes perfect sense.

The rest of the trailer is a typical stream of wild antics that the two young men go through in an attempt to get to the mansion. Craig Robinson pops in the flick to be a famous rapper, but mostly just acts like Craig Robinson always acts, which is never a complaint because the man can get laughs. The final moments of the trailer include a scene with Hugh Hefner, so at least Miss March has a slight glimmer of prestige in its dirty comedy way.

The best part about the trailer for Miss March is the promise of gross out humor, beautiful lesbians making out a lot, and most likely a fair amount of nudity.