Two brothers place an online ad to find dates for a wedding and the ad goes viral, landing them girls who don't exactly fit the mold they were hoping for.

Red band trailers are awesome, and it makes sense that Mike and Dave Need Wedding Dates would get one. If you've been living under a cave, a red band trailer earns the color stripe for not adhering to MPAA guidelines for your typical green band trailer. As expected, with the increased popularity of these trailers, theaters now who them before R-rated or NC-17 movies. Makes sense.

Possibly up for debate thanks to Anders Holm's role in the chick flick How to be Single, many have come to the conclusion that Adam DeVine has become the most theatrically successful of the Workaholics bunch. 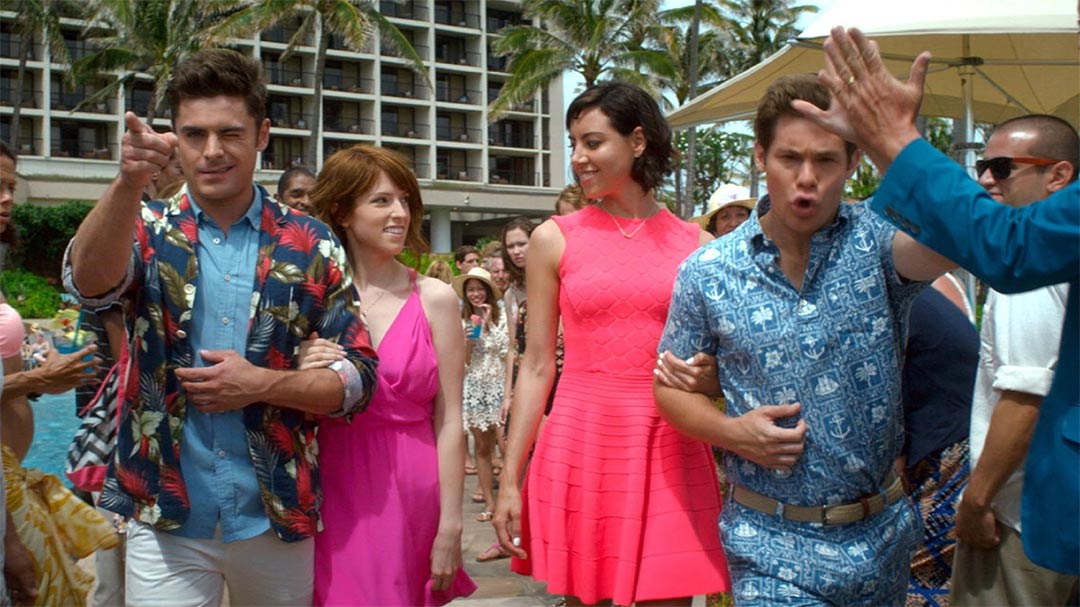 Aubrey Plaza first caught my attention in Scott Pilgrim vs The World, and has only grown more impressive (and hot) ever since. She hands down has the comedic chops to stand next to both Adam DeVine and Zac Efron; this is actually a bit of a reunion for her and Zach. Anna Kendrick, ehh, she's a bit untested. Sure, she's produced some estrogen-friendly comedies, but you have to be at the top of your game to go R-rated with Efron and DeVine.

The red band trailer for Mike and Dave Need Wedding Dates definitely shows off how much the cast is enjoying their R-rated antics, though it is surprisingly short on nudity save for a tease from Kendrick.

But that matters not, as the film looks hilarious. The whole concept of taking out of control party animals, and watch them get played by even bigger er, delinquents, is sure to deliver comedic gold. Somewhat like the formula used in Wedding Crashers, where Vince Vaughn learns he was played by Isla Fisher, but on a whole larger scale.

Mike and Dave Need Wedding Dates looks like one comedy definitely worth catching in theaters.