Trailer for Me and Orson Welles.

Me and Orson Welles is a coming-of-age story set in the heady world of New York theatre. Efron plays a teenage student who lucks his way into a minor role in the 1937 Mercury Theatre production of "Julius Caesar," directed by 22-year-old genius Orson Welles. In the words of Kaplow's protagonist: "This is the story of one week in my life. I was seventeen. It was the week I slept in Orson Welles's pajamas. It was the week I fell in love..."

The Orson Welles production of Julius Caesar that this film depicts, ran for 157 performances at the Mercury theatre and then moved to the larger National theatre; easily the longest run the play has ever had.

Lindsay Lohan was wanted for the role of Muriel Brassler. She signed on, but producers could not insure her due to her ongoing legal battles, so she was replaced with Kelly Reilly.

The part of Lucius, in Julius Caesar, that is played by Zac Efron's character in this film, was actually played by Arthur Anderson, who was making his Broadway debut. 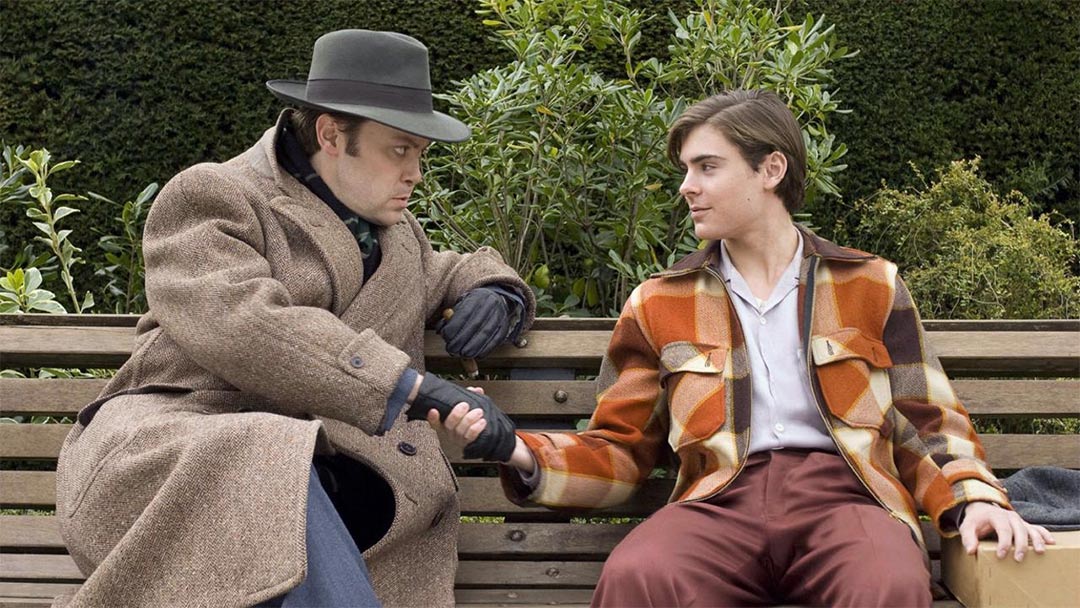 Orson Welles was a theatrical master, but notoriously difficult to work with or for. Me and Orson Welles tells the story of a boy, Richard Samuels, who is offered a role in his production of Julius Caesar. He takes it, of course, and then discovers himself falling in love with a production assistant, who will do anything to get ahead in her career.

The plot of this movie almost becomes superfluous to the actors on screen. First of all, this is Zac Efron in a role very different to his High School Musical performance. He's a joy to watch and he can really act the wounded puppy well. Claire Danes, opposite, is also great to watch, but it is Christian McKay, making his film debut, who steals the entire film.

As Orson Welles, he is strong, hard headed, uncompromising and arrogant. He showcases Welles' flawed genius well and, as the trailer aptly demonstrates, though he arrogantly declares himself above everyone just because he is Orson Welles, he is not immune from feelings... though these feelings usually manifest themselves in anger directed at the young Richard Samuels (Efron).

Me and Orson Welles is also spot on in its depiction of what happens backstage during the creation and staging of a play. Yes, Welles is horrible, but he's a total genius, and I cannot stop staring at McKay when he's on the screen. He's simply mesmerizing to watch.


Me and Orson Welles