Frank is the withdrawn owner of a mannequin store, but his life changes when young artist Anna appears asking for his help with her new exhibition. As their friendship develops and Frank’s obsession escalates, it becomes clear that she has unleashed a long-repressed compulsion to stalk and kill. A 21st century Jack the Ripper set in present-day LA, MANIAC is a re-boot of the cult filmconsidered by many to be the most suspenseful slasher movie ever made - an intimate, visually daring, psychologically complex and profoundly horrific trip into the downward spiraling nightmare of a killer and his victims.

The movie features the song, “Goodbye Horses” by Q Lazzarus. The same song was famously used in a scene with the serial killer Buffalo Bill in the classic film, The Silence of the Lambs.

Since the movie is filmed from the perspective of the killer, we do not see Frank’s (Elijah Wood) face until 12 minutes into the film. Maniac is a remake of the 1980 film of the same name.

The original film was shot guerilla style and was considered an exploitation film upon its release but has since grown a cult following. 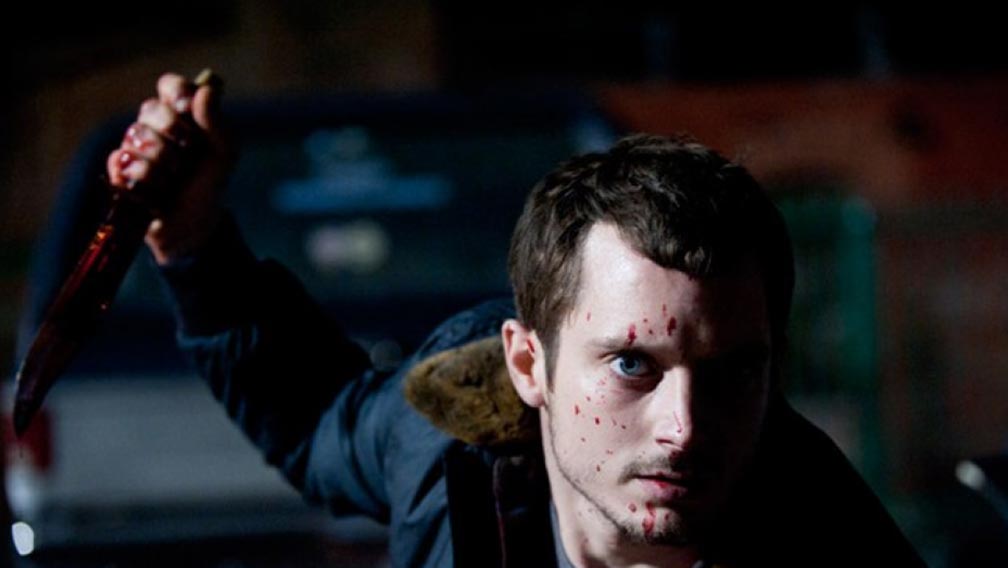 The trailer for Maniac is completely disturbing and could possibly be an intriguing tale of a serial killer, or a disgusting slasher film with nauseating camera work. With Elijah Wood in the title role, the film has much more possibility. The film follows the day to day routine of a maniac who seems to see the world a bit differently than others.

The opening of the trailer really shows what we as the audience are getting ourselves into by viewing the stalking, and chasing of, a helpless woman leaving the subway and trying to make it home safely. The point-of-view of the film being that of the killer makes the entire trailer feel incredibly unsettling. The few times we see the killer’s face, it is through shots of him looking in the mirror. A young photographer wants to work with Wood’s maniac because apparently, he runs a mannequin shop. Sure, there is nothing creepy about opening a store with a bunch of mannequins everywhere, I am sure the guy is completely normal. Well, this girl is in trouble. It seems the crazy guy has developed a fascination with the photographer, and so even though he is trying his best to act like he isn’t going to slice her up into little pieces, there is little hope for a decent and stable relationship between these two love birds.

There is an element of American Psycho in Maniac, but purely because the film is about a murderer from his own perspective. The trailer for Maniac is intensely strange and not for everyone, but those who want to get inside the head of a serial killer will not be disappointed.

Posted On
May 22, 2013
Director
Franck Khalfoun