An independent, single mother who owns a small hotel on an idyllic Greek island, Donna (Streep) is about to let go of Sophie (Amanda Seyfried), the spirited daughter she’s raised alone. For Sophie’s wedding, Donna has invited her two lifelong best girlfriends—practical and no-nonsense Rosie (Julie Walters) and wealthy, multi-divorcee Tanya (Christine Baranski)—from her one-time backing band, Donna and the Dynamos. But Sophie has secretly invited three guests of her own.

On a quest to find the identity of her father to walk her down the aisle, she brings back three men from Donna’s past to the Mediterranean paradise they visited 20 years earlier. Over 24 chaotic, magical hours, new love will bloom and old romances will be rekindled on this lush island full of possibilities.

Inspired by the storytelling magic of ABBA’s songs from “Dancing Queen” and “S.O.S.” to “Money, Money, Money” and “Take a Chance on Me,” Mamma Mia! is a celebration of mothers and daughters, old friends and new family found.

Mamma Mia is directed by Phyllida Lloyd, who also directed the Broadway stage version. All the songs were re-orchestrated for the film though, and "Under Attack" "Knowing Me, Knowing You" and "One of Us" were removed from the script, while "When All is Said and Done" was added to the film but is not in the stage show.

Abba singer/songwriter Benny Andersson had Meryl Streep fly to Stockholm to record her vocals for "The Winner Takes It All." She did it in one take, and Andersson calls her a "miracle."

Meryl Streep first saw the musical on Broadway in October, 2001. She later wrote to the producers to thank cast and crew for bringing some happiness and fun to New York and its people following 9/11. 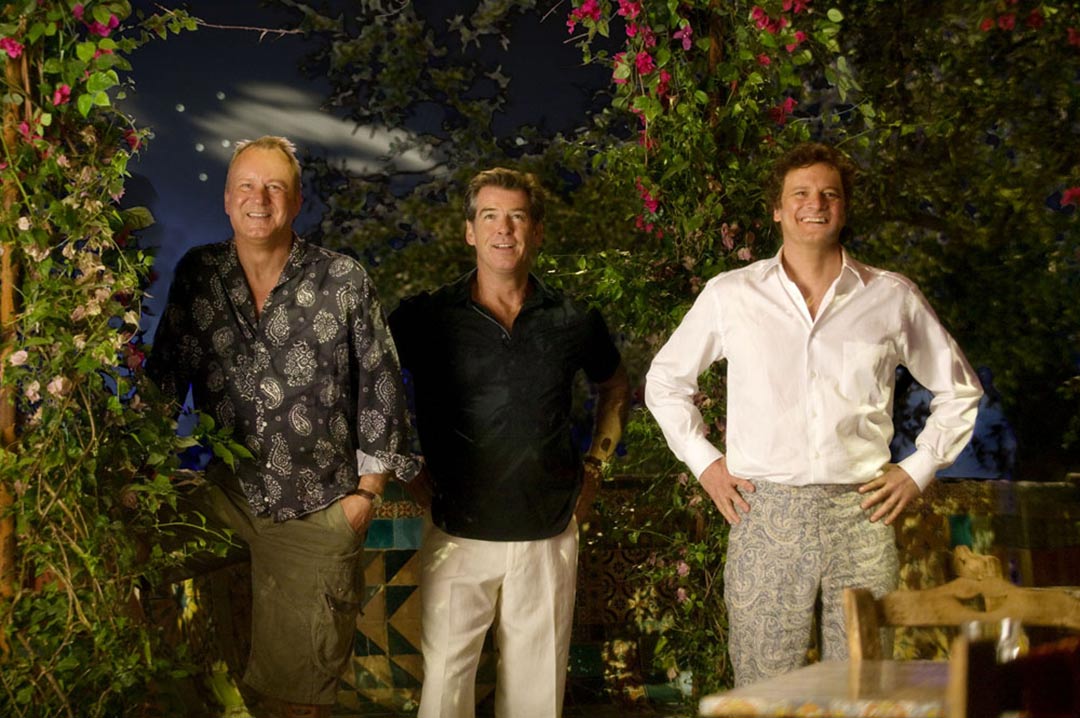 Surely most people in the world love Abba. If you don't, then I would tactfully suggest that this might not be the movie for you, but if you love to sing along to all their biggest hits, then dive right in!

Based on the smash Broadway musical, Mamma Mia tells the story of Sophie, who is about to get married and wants her father to be at her wedding. She invites the three possible candidates (yes, really), unbeknownst to her mother, Donna. At the same time, Donna's two best girlfriends also arrive for the wedding, and plenty of hilarity ensues, plus lots of singing, dancing, and also some heartfelt moments that will really leave you with a lump in your throat.

Starring as Donna is Meryl Streep, and her vocals are stunning, particularly in "The Winner Takes it All" and "Slipping Through My Fingers." She is able supported by an all-star cast including Amanda Seyfried, Julie Walters, and Dominic Cooper. Playing Sophie's three potential fathers are Stellan Skarsgard, Pierce Brosnan, and Colin Firth. The less said about their singing abilities, the better, but they do provide great comic relief, especially Firth, who looks totally out of place in the beautiful Greek Island setting.

Mamma Mia is not deep, there is literally no thought required to watch, but it is a whole heap of fun. There are flaws, and lots of them but, as the trailer shows, there's stunning scenery, great choreography...and Meryl Streep. So, if you like a good sing along, and have time to kill, this movie is well worth a watch.