Haunted by his turbulent past, Mad Max believes the best way to survive is to wander alone. Nevertheless, he becomes swept up with a group fleeing across the Wasteland in a War Rig driven by an elite Imperator, Furiosa. They are escaping a Citadel tyrannized by the Immortan Joe, from whom something irreplaceable has been taken. Enraged, the Warlord marshals all his gangs and pursues the rebels ruthlessly in the high-octane Road War that follows.

Tom Hardy stars in the title role in Mad Max: Fury Road -- the fourth in the franchise’s history. Oscar winner Charlize Theron stars as the Imperator, Furiosa. The film also stars Nicholas Hoult as Nux; Hugh Keays-Byrne as Immortan Joe; and Nathan Jones as Rictus Erectus. Collectively known as The Wives, Zoë Kravitz plays Toast, Riley Keough is Capable, Rosie Huntington-Whiteley is Splendid, and supermodel Abbey Lee is The Dag, and Courtney Eaton is Fragile. Also featured in the movie are Josh Helman as Slit, Jennifer Hagan as Miss Giddy, and singer/songwriter/performer iOTA as Coma-Doof Warrior.

Mad Max: Fury Road was released 36 years after the original Max Max (1979). George Miller is responsible for writing and directing not only the first and most recent films but also Mad Max 2: Road Warrior (1982) and Mad Max Beyond Thunderdome (1985).

Although rare for a modern film, Mad Max: Fury Road uses CGI sparingly. The director wanted to use as many practical effects, stunts, make-up, and sets, as possible to give it a grittier realistic look. The only times CGI was used was when it was absolutely necessary like removing Charlize Theron’s arm.

Even though Mad Max is not typically the kind of film that cleans up at the Academy Awards, it certainly did. The film won six Oscars, and was nominated for four more including best picture but lost out to Spotlight. 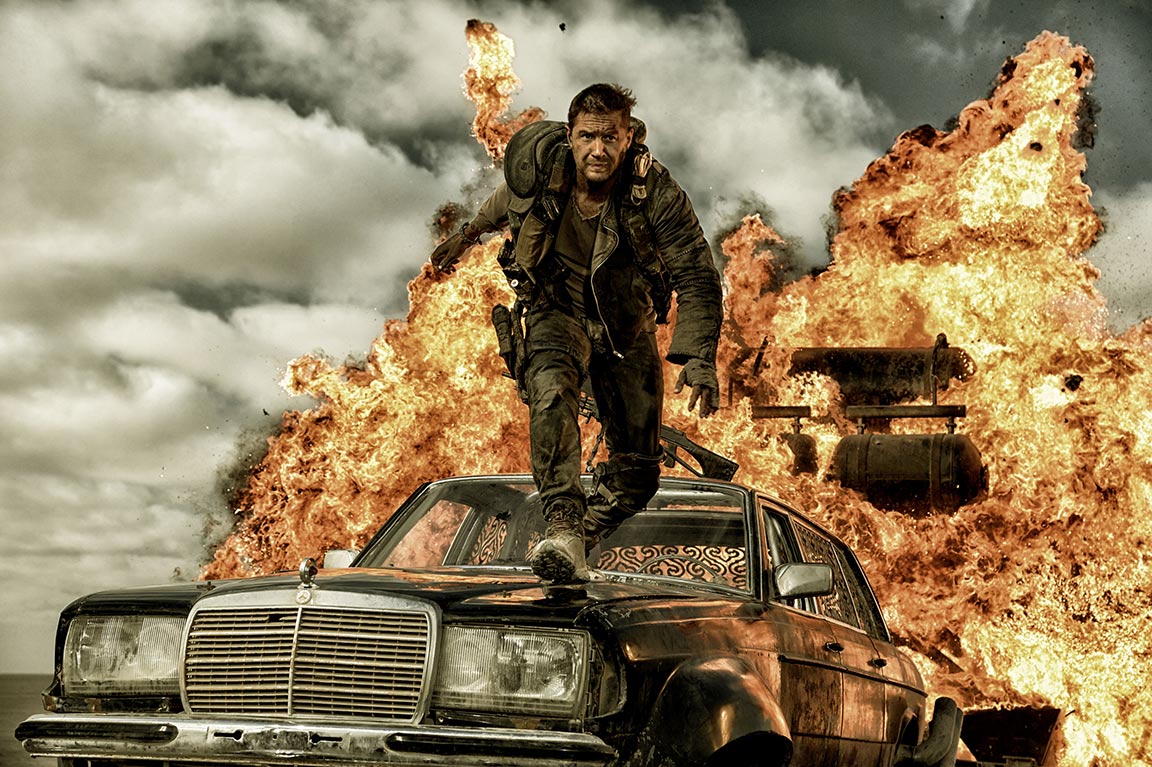 Mad Max: Fury Road looks absolutely insane. It may have been a few years since the original Mad Max films but I do not recall those being this bizarre. The trailer is epic and sprawling with so many things going on in just the finite amount of time. Tom Hardy is the ideal person to fill the shoes of Mel Gibson, he is manly but has a sensitive side, rugged with soulful eyes. Charlize Theron is always awesome but she is particularly badass in this one. Only Theron could make a shaved head and a filthy face look stunning. Nicholas Hoult is almost unrecognizable and off-putting. Most of the actors have a look that is a bit strange, but then again, the whole post-apocalyptic world the characters live in is supposed to be a disaster so no one is expected to look normal.

As the trailer says, the world is going mad. Beyond the strange masks and complex costumes, the trailer is filled with absolutely stunning action sequences. The vehicles are nuts and the explosions are spectacular. The trailer for Mad Max: Fury Road is more exciting than most full-length features. If you don’t think this movie looks fantastic, you should check yourself for a pulse. There are no words, just pure wonder for the trailer of Mad Max: Fury Road.