A drug mule accidentally swallows her cargo and finds she now has superpowers.

The script for Lucy took 9 years to make. There were rumors that Angelina Jolie was to star as Lucy but director, Luc Besson denied such claims. He only met with a handful of actors, including Milla Jovovich but once he saw the reaction of Scarlett Johansson’s to the script, she was given the role.

Director Luc Besson has stated that Lucy is one part Leon: The Professional which he also directed, Inception and 2001: A space Odyssey. He used similar filmmaking techniques as those films. 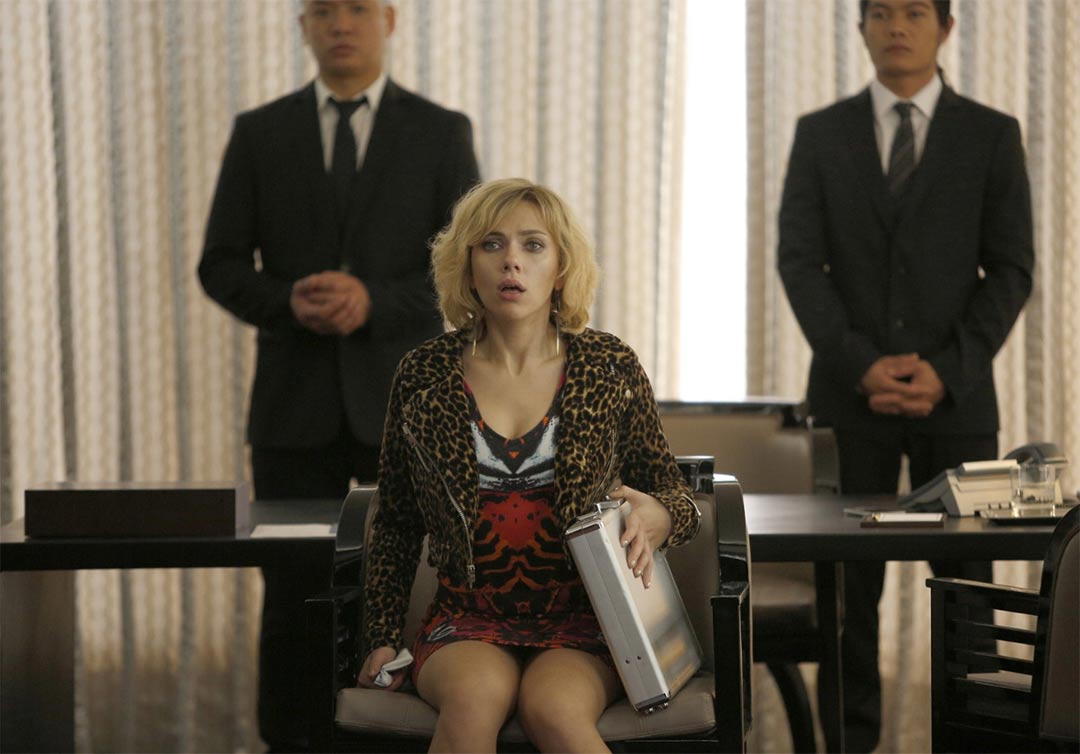 The trailer for the film Lucy is fascinating albeit a bit familiar. The concept of someone able to use more of their brain than the average human is the basic plot to the Bradley Cooper film, Limitless but Lucy seems to have much more going on with it. Scarlett Johansson is a beautiful drug mule who gets beat up and stuffed with too many drugs.

After going Black Widow on steroids with all of her captors, she tells doctors to get the drugs out of her. This part of the trailer that is slightly confusing since we do not know if she has sudden superhero-like powers awakened by this Superdrug, or if removing the stuff from her bloodstream would stop everything.

In Limitless, Cooper had to keep taking the drug, but in Lucy, it appears she is an eternal ass-kicker, no capsule required. Morgan Freeman plays a genius who specializes in neurology and supposedly the only person who can help Lucy. The entire trailer is slam, bang, clash of action sequences, and intensity. Johansson already knows how to play a believable fighter. Lucy using her abilities to fight off the bad guys seems a bit more commendable than Bradley Cooper’s character in Limitless who seemed like he was using hit abilities purely for himself.

Scarlett Johansson is always fun to watch, partly because she is stunning and looks great in tight outfits, but also because she can actually act and destroy a man with her fists and her eyes. Lucy looks like an exhilarating action packed ride that may offer a few fun plot loops for complete satisfaction.