Set in the opulent drawing rooms of eighteenth-century English society, Love & Friendship focuses on the machinations of a beautiful widow, Lady Susan Vernon (Kate Beckinsale), who, while waiting for social chatter about a personal indiscretion to pass, takes up temporary residence at her in-laws’ estate. While there, the intelligent, flirtatious, and amusingly egotistical Lady Vernon is determined to be a matchmaker for her daughter Frederica -- and herself too, naturally. She enlists the assistance of her old friend Alicia (Chloe Sevigny), but two particularly handsome suitors (Xavier Samuel and Tom Bennett) complicate her orchestrations.

Adapting Jane Austen's unpublished early novella Lady Susan, Whit Stillman returns to the Sundance Film Festival (where his Metropolitan premiered in 1990) in top form with his latest comedy of manners. Kate Beckinsale excels in her role as the deliciously devious Lady Vernon and delivers each line with relish. With exquisite period detail and a script teeming with bon mots and witty dialogue, Love & Friendship is a rare --and rarified-- treat.

Though the Love & Friendship looks like the hard-to-shoot period piece, the film actually completed production in less than a month. If Kate Beckinsale and Chloe Sevigny look comfortable sharing the screen together, that's because the film is somewhat of a reunion for the actresses, having worked together in The Last Days of Disco. That film was also directed by Whit Stillman; seems he has some favorite go-tos.

Whit Stillman started garnering interest in the project back in 2013 when he announced that he'd like to shoot a period comedy. It took him a few months to later admit he was actually planning on adapting Jane Austen's Lady Susan, but under a different title. No matter, as critics seem to agree that if Jane Austen were alive, she'd smirk with pride over this adaptation and Beckinsale's take on the character Lady Susan. 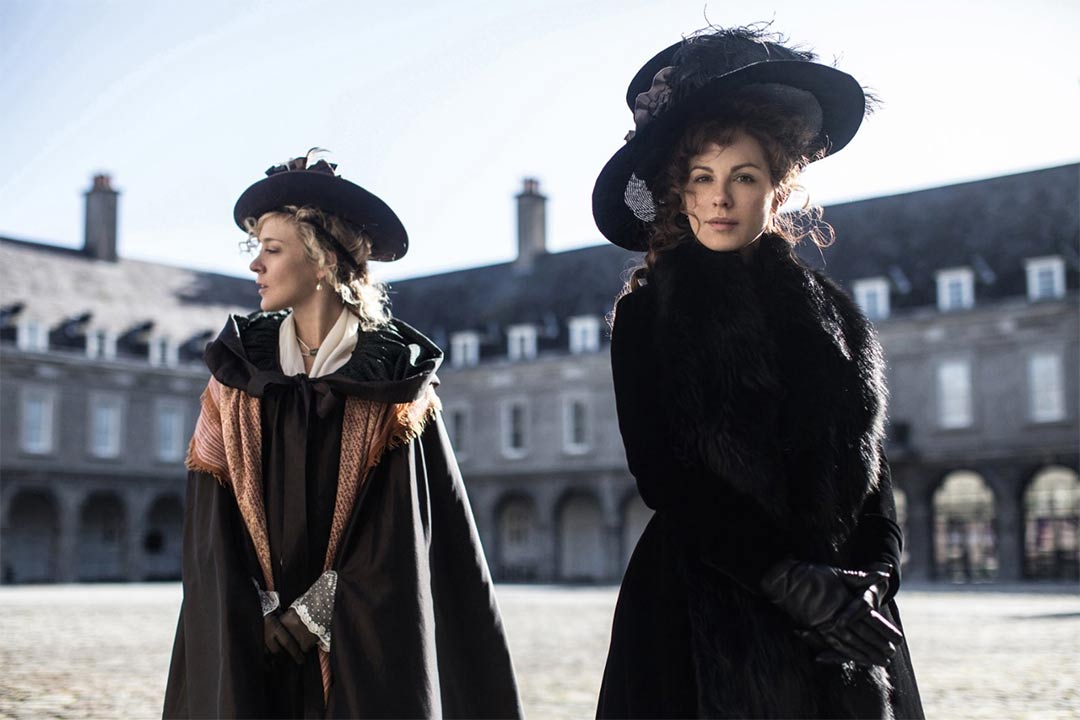 I'm always game for a charming period piece, especially with Chloe Sevigny and Kate Beckinsale taking the lead roles. While I've had a crush on Beckinsale since Brokedown Palace, Sevigny sort of fell out of favor with me when I discovered I couldn't get aroused [in any sense of the word] by her during the X-rated scene in the infamous The Brown Bunny.

The Love & Friendship trailer has no problem showing the charm of the adaptation and is instead closer to bursting at the seems with it. Beckinsale, as expected, looks insanely beautiful in period clothes and is just as comfortable being crass as she was at killing vampires.

Typically I wouldn't be running to theaters for a film such as this, but a VOD or Netflix/Amazon viewing is sure to be guaranteed.