Two years after her death in a car crash, the husband and sons of famed photographer Isabelle Reed (Isabelle Huppert) are still trying to cope with their loss. Gene (Gabriel Byrne) struggles as a single parent, but is taking his first exultant steps towards a new relationship. Jonah (Jesse Eisenberg), the elder son, has just had a baby of his own and finds the transition from child to parent more than a little daunting. The younger son, Conrad (newcomer Devin Druid), is a typical teenager, wearing his alienation as a badge of honor and resisting his father's every attempt to connect. On the occasion of a major retrospective of Isabelle’s work, Jonah returns home to help his father organize her effects. Once again under the same roof, all three men are flooded with memories, and secrets are unearthed -- most notably the truth behind the mysterious circumstances of Isabelle’s death. Shifting between past and present, and juxtaposing external reality with privileged glimpses into the interior lives of each of its four major characters, Louder Than Bombs is a stunningly intimate portrait of parents and children and the many things that tear them apart and bring them together.

The Louder Than Bombs production had a tough start. After announcing the project back in mid-2013 as director Joachim Trier's English-feature debut, the film's production was postponed soon after landing Eisenberg, Byrne and Hubbert. It had the cast, but it didn't have the money and, as you can tell, some of the film's visuals -- and don't mention the starting talent -- required serious skrilla. Early February 2014 Arte France Cinema came to save the day by financing the project and, with the new money, Louder Than Bombs quickly landed David Strathairn and Amy Ryan in supporting roles.

In order to find a person to play "Young Jonah," the casting director did an open call for anyone 6-10 years old who looked close to what Jesse Eisenberg looked like at the same age. To ensure depiction accuracy, the casting call even included a photo of a young Eisenberg. The match was found in Julian Murdoch. 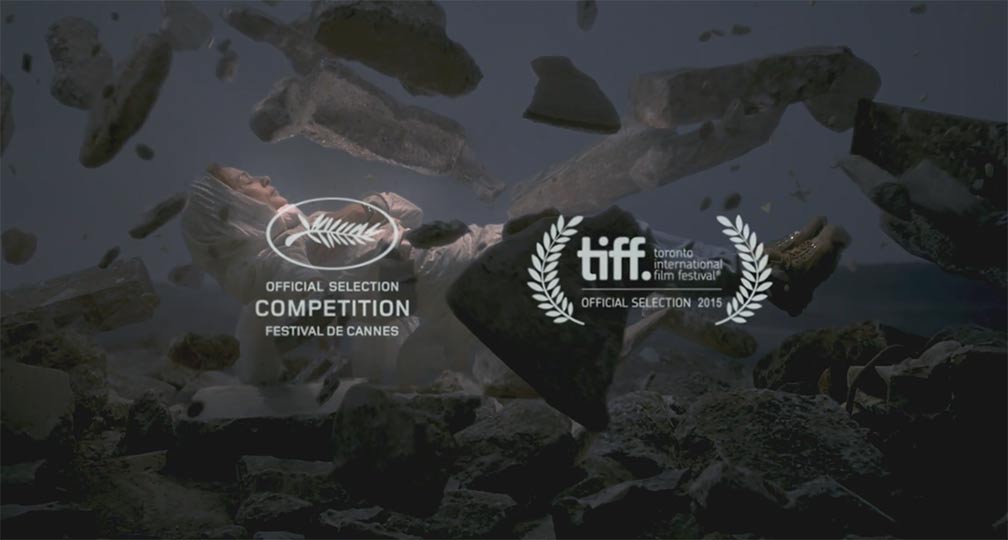 The Louder Than Bombs trailer starts off as a straight family drama and seems to spiral into the realm of fantasy with the start of the song "Glas/Green" by Solomon Grey. Even the visuals begin to turn fantastical, suggesting something beautiful and beyond the realm of ordinary, before bringing us back into the genre of drama before the trailer's close. There is so much going on here I'm not sure what to think. Typically I have been shying away from the whole family-tragedy drama unless there is something special about it, and there definitely seems to be something special here.

The film had a good run at festivals including Cannes, and many of the critics have come back calling it "deep" [and smart]. Based on what we're seeing in this Louder Than Bombs trailer, "deep" might be the tip of the iceberg. Even the supporting roles with Ryan and Strathairn look thought-provoking. Every actor on point, just as long as the film knows how to draw the line between the depression of its characters and the depression of its audience.

The only thing that isn't explained in the trailer is the film's title, which has some importance when regarding the mom's career, but we get little more than that.