When filming a musical, it is usual practice for the soundtrack to be recorded well in advance, and the actors then lip-sync over the top while filming their scenes. For Les Miserables, however, the entire cast sang all of their songs live. This approach, though far more difficult for the performers, has been widely praised for allowing the actors to concentrate more on their performance instead of worrying about lip-syncing.

Both Anne Hathaway and Hugh Jackman lost vast amounts of weight for their roles. Hathaway has refused to disclose how she did it, saying the methods she used were extremely dangerous and she doesn't want young girls to be influenced.

Jackman reportedly went without water for 36 hours before filming scenes where Jean Valjean is a prisoner, in order to look suitably gaunt.

The scene where Anne Hathaway has her hair cut off is real; the actress had her own hairdresser put in a dress to appear as a woman, and she had her hair cut there and then.

Eddie Redmayne auditioned for the role of Marius via his iphone, during a filming break in North Carolina. 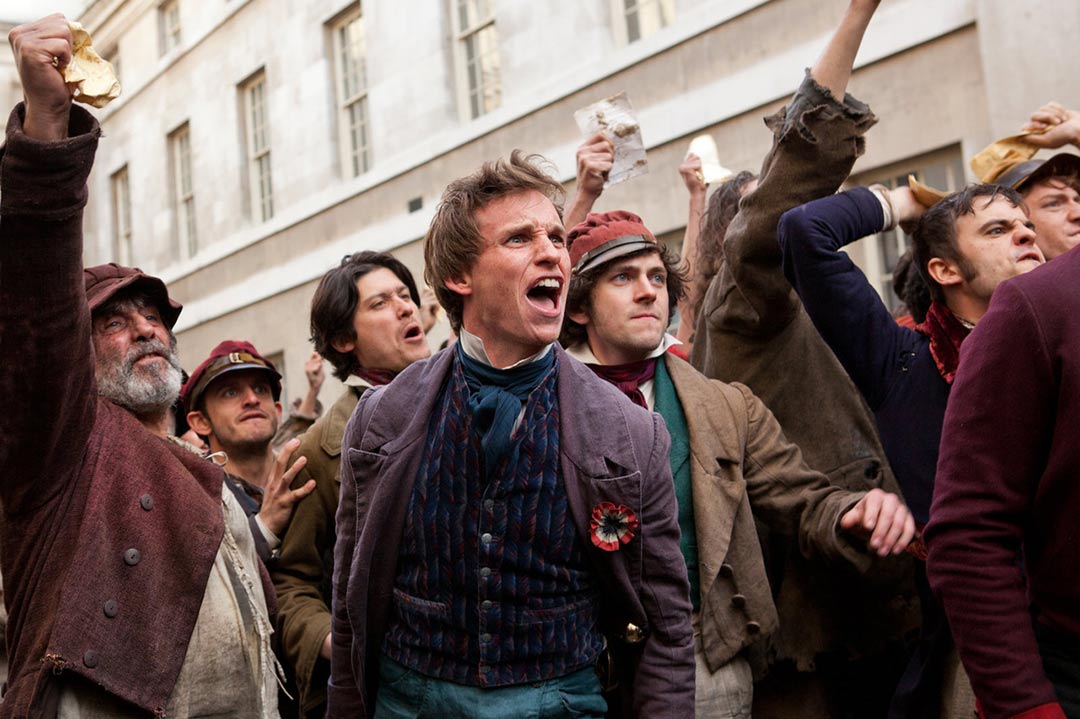 Musical theater fans rejoice! One of the greatest musicals ever written is now a big, blockbuster, epic film, complete with big name castings which means we can all have a great time being overly critical of their singing abilities.

Les Miserables will not be for everyone; it's not the happiest musical out there, but it is a compelling storyline and the music is absolutely incredible. It's the crux of the storytelling rather than an accompaniment, and Hugh Jackman, Anne Hathaway, Amanda Seyfried and Eddie Redmayne do a fantastic job of drawing us into the dark, murky, compelling world of revolutionary France. Russell Crowe is less convincing and at times, it's painful. Despite the prominence of his role though, he can be overlooked because the rest of it is just so great.

The Les Miserables trailer only gives us a glimpse at Hathaway's vocals, but the others are all equally as strong and though the film is long, it is well worth a watch if you are in any way musically inclined. One of my biggest criticisms of musical casting is that all too often, directors pull a big name star in without second thought to whether they can actually sing or not. Crowe aside, this hasn't happened here and what is more, these are actors who are the real triple threat, particularly Hathaway who brings an ethereal, heartbreaking and honest beauty to her role.