Billy (Michael Douglas), Paddy (Robert De Niro), Archie (Morgan Freeman) and Sam (Kevin Kline) have been best friends since childhood. So when Billy, the group's sworn bachelor, finally proposes to his thirty-something (of course) girlfriend, the four head to Las Vegas with a plan to stop acting their age and relive their glory days. However, upon arriving, the four quickly realize that the decades have transformed Sin City and tested their friendship in ways they never imagined. The Rat Pack may have once played the Sands and Cirque du Soleil may now rule the Strip, but it's these four who are taking over Vegas.

The four lead actors all have Academy Awards for acting. Kevin Kline for A Fish Called Wanda, Morgan Freeman for Million Dollar Baby, Michael Douglas for Wall Street, and Robert De Niro for The Godfather Part II and Raging Bull. The four leads have all played the love interest to Diane Keaton. Robert De Niro in The Big Wedding, Morgan Freeman in 5 Flights Up, Michael Douglas in And So it Goes, and Kevin Kline in Darling Companions. The role of Billy played by Douglas was originally to be played by Jack Nicholson, who was Keaton’s love interest in Something's Gotta Give.

Even though Last Vegas, which had a budget of $28 million, opened in the United States with a modest return of $16 million its opening weekend, the film ended up earning over $134 million worldwide. 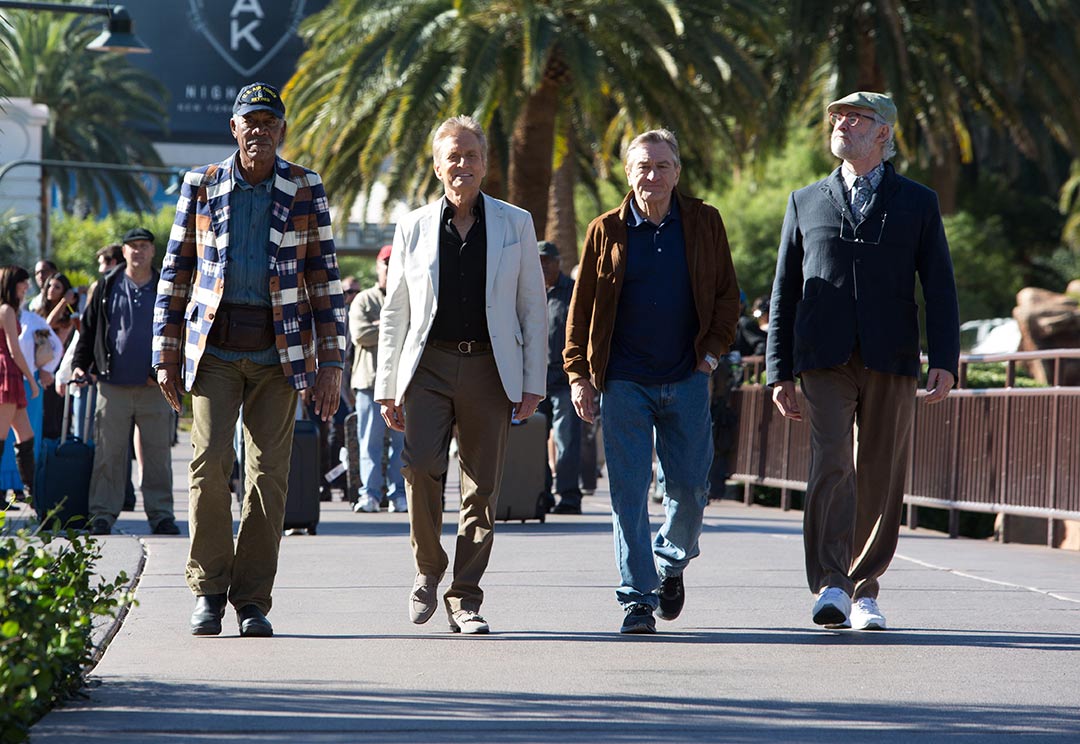 If the trailer for Last Vegas has reminded us of anything it is that older people are adorable and funny. Michael Douglas, Morgan Freeman, Robert De Niro and Kevin Kline play the coolest group of friends ever. Each are living their life as an aging man, whether it be enjoying their comfy chair or being told what to do by their children. The guys have known each other for years and even though something came between them, they are all coming back together to have a wild time in Vegas. Age be damned, these guys are going to party like it’s 1959.

Douglas plays a man about to get married to a much younger woman, and he clearly knows how to do that. The rest of the guys are there for support but also to get into trouble since their kids will not them do anything when they are at home, and come on, it’s Vegas! The trailer for Last Vegas is incredibly charming and includes split screens of the famous actors and the children playing their younger self which is just so darn cute. The comradery and bond can be felt immediately with the group of men, which makes the film even more likable. Last Vegas is like The Hangover with a side of Metamucil, and it all looks like a lot of fun.