New Yorker Harvey Shine (Dustin Hoffman) is on the verge of losing his dead-end job as a jingle writer. Warned by his boss (Richard Schiff) that he has just one more chance to deliver, Harvey goes to London for a weekend to attend his daughter’s (Liane Balaban) wedding but promises to be back on Monday morning to make an important meeting—or else.

Harvey arrives in London only to learn his daughter has chosen to have her stepfather (James Brolin) walk her down the aisle instead of him. Doing his best to hide his devastation, he leaves the wedding before the reception in hopes of getting to the airport on time, but misses his plane anyway. When he calls his boss to explain, he is fired on the spot.

Drowning his sorrows at the airport bar, Harvey strikes up a conversation with Kate (Emma Thompson), a slightly prickly, 40-something employee of the Office of National Statistics. Kate, whose life is limited to work, the occasional humiliating blind date and endless phone calls from her smothering mother (Eileen Atkins), is touched by Harvey, who finds himself energized by her intelligence and compassion.

The growing connection between the pair inspires both as they unexpectedly transform one another’s lives.

The screenplay was featured in the 2007 Blacklist; a list for most liked unmade scripts of the year circulating. Last Chance Harvey made only $14 million at the box office. In its opening weekend, the film was only released on 6 screens. The most screens it reached throughout its four-month run was just over eleven hundred. 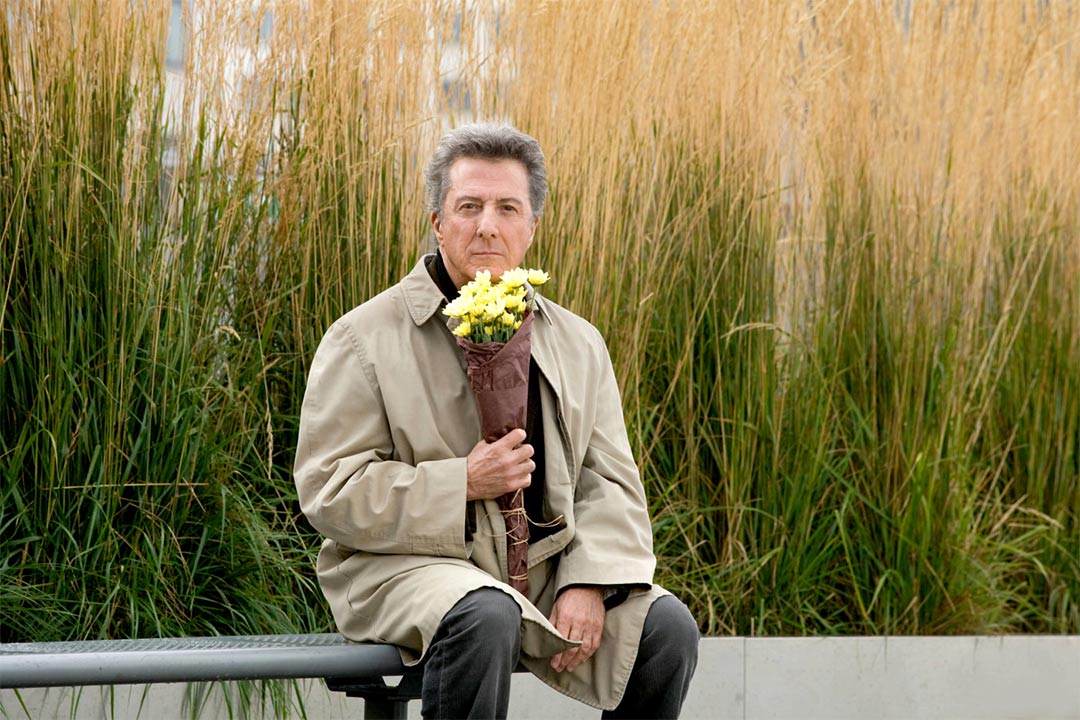 The trailer for Last Chance Harvey has the perfect mix of humor, heartbreak, and romance all set to a calming soundtrack. Dustin Hoffman plays Harvey, a man who for some reason is having a terrible time as he as lost his job and is told his daughter will be walked down the aisle of her wedding by her stepfather. The stepfather is played by James Brolin which for some reason had me thinking, “Of course, James Brolin would totally be the new daddy who makes Dustin Hoffman feel bad about himself”. To be fair to Brolin’s character, he is the man who stepped in and raised his stepfather while Hoffman was off doing something else, probably making Ishtar or something. The poor guy is starting to question his entire life and figures it is too late to fix now. He happens to enter the same pub as the always amazing Emma Thompson. The two hit it off and have some cute moments together and she encourages him to go to his daughter’s wedding and face life head first.

The trailer is optimistic and adorable just like the two stars. Hoffman always manages to derive sympathy with those big brown eyes, crooked smile and familiar voice, he is always someone I root for. Emma Thompson always appears elegant, intelligent, and capable of taking on anything in life. The pairing of these two seasoned actors is enough to secure some sort of quality with Last Chance Harvey.

The trailer certainly looks most enticing to an older audience who may related to looking back at moments in life that they missed out on, but Last Chance Harvey can appeal to anyone who can appreciate good actors and soulful storytelling.