Robbed of his birthright, Arthur comes up the hard way in the back alleys of the city. But once he pulls the sword from the stone, he is forced to acknowledge his true legacy - whether he likes it or not.

Every time a big story gets a reboot or remake or whatever the heck euphemism the studios attempt to spin, we can always expect a sequel or at a multi-installment franchise. Guy Ritchie doesn't have much history in creating a franchise, save for the Sherlock Holmes films. A franchise that is still waiting on a possible third installment. But it looks like things are changing in regards to King Arthur. According Warner Bros insiders, King Arthur: Legend of the Sword is expected to kick off a, wait for it, six-installment film franchise. Holy crap. So I guess we can assume that the title character survives?

Though Charlie Hunnam was insanely skinny to the point of being described as "emaciated" before production began, the actor slammed on build for the role. During an interview, he claimed that this role has given him his largest body to date. "I got big, bigger than I've ever been. I got to 190 pounds!" 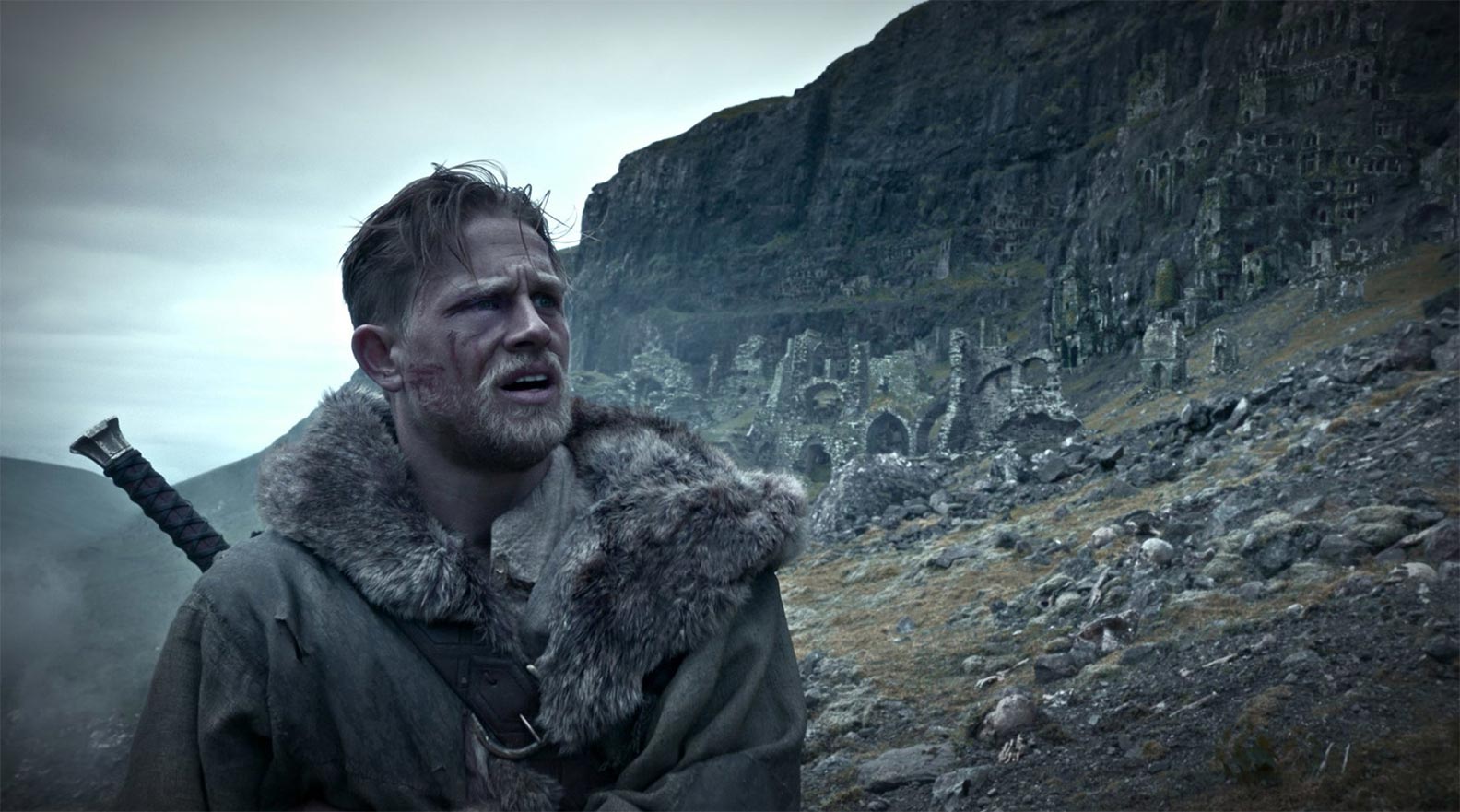 Even with a couple missteps, I still have a weakness for Guy Ritchie. At the director's worse, his film's are very watchable. I love the story of King Arthur -- I've watched Excalibur more than I can count -- and am excited to see what sort of take Ritchie can provide. To kick things off, I love the team behind this. The cast, the crew, it's fantastic. Which might be the required combo, considering how fantastical this film could be.

And, speaking of the fantastical elements, am I the only one who was stoked to see the "Lady of the Lake"? Awesome! But I digress...

The trailer's awesome-ness doesn't end there, however, as the latter third kicks off into a compilation of crazy. It's clear that this is a massive undertaking for Ritchie, and we can only hope he nailed it. Fingers crossed - seriously.

Now, with the Lady of the Lake, I can't help but wonder if the film will throw additional nods back to Excalibur. Maybe a sex scene while wearing full battle armor? That was different. Actually, how about an ending battle sequence to the sound of Carl Orff? That would be amazeballs.