Trailer for Kill Your Friends, with domestic distribution by Well Go USA.

Based on John Niven's best-selling novel, and starring Nicholas Hoult as you've never seen him before, Kill Your Friends is a jet-black comedy about a music executive at the height of the Britpop era who will stop at nothing to further his career.

While Kill Your Friends is expected to sensationalize the music industry, expect a number of hidden truths considering that the story comes from John Niven, who actually worked in the music business under The Levy Brothers in the 90s, the same period this film takes place. 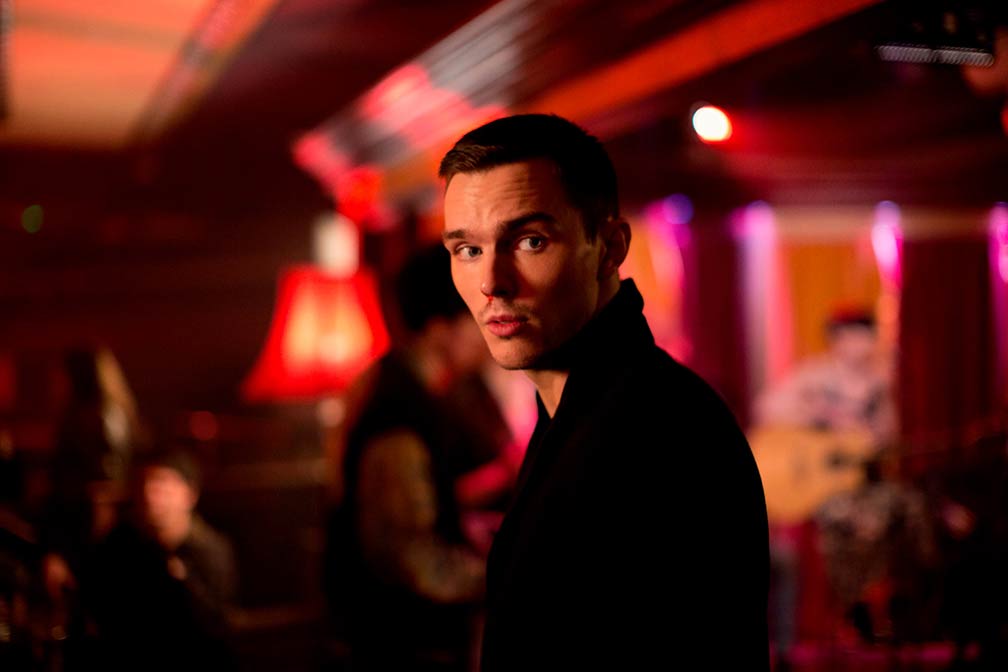 Nicholas Hoult is blowing up right now. While there are many who remember him as the boy in About a Boy, the actor has been exploding in his 20s. I first recognized him as a soldier in Clash of the Titans, and he began appearing everywhere after that including: X-Men: First Class (with the recurring and important role of Hank in the X-Men franchise), Jack the Giant Slayer, Young Ones and Mad Max: Fury Road. And let's not forget when he got the female moviegoers to fall in love with him in the adaptation of Warm Bodies, where he plays a zombie in love. FYI: Great movie!

So let's begin by stating how good Hoult looks in the Kill Your Friends trailer. He's solid. So much so that we can't help but think of Christian Bale's Patrick Bateman in American Psycho. There are so many similarities between the two films that we were surprised there haven't been a mention of the classic thriller. That is, until the trailer made it a point to post a snippet from FHM's review, calling Kill Your Friends "this generation's American Psycho." So I guess we're not the first ones to have noticed.

But can Hoult live up to Christian Bale? Judging by this domestic Kill Your Friends trailer and the past trailers distributed by StudioCanal, Hoult is definitely going to give Bale a good run.

Also, considering that the film takes place in the music industry, we are loving the selection of music for the trailer. Kudos.