In Justin Tipping's feature debut Kicks, nothing is as simple as it seems. Fifteen-year-old Brandon longs for a pair of the freshest sneakers that money can buy; assuming that merely having them on his feet will help him escape the reality of being poor, neglected by the opposite sex and picked on by everyone -- even his best friends. Working hard to get them, he soon finds that the titular shoes have instead made him a target after they are promptly snatched by local hood, Flaco. Seemingly the embodiment of menace, Flaco harbors complexities of his own that will be revealed when Brandon goes on a mission to retrieve his stolen sneakers with his two best friends in tow.

Boasting a strong ensemble cast and featuring a memorable lead performance by newcomer Jahking Guillory, the film transcends a deceptively traditional hero's journey to deliver an entertaining and sobering look at the realities of inner-city life, the concept of manhood and the fetishization of sneaker culture. Visually and thematically rich, with an amazing soundtrack of both hip-hop classics and Bay Area favorites, Kicks creates an authentic and original portrait of a young man drowning in the expectations of machismo.

Justin Tipping's first feature outing had a pretty solid festival run before being picked up by Focus World for wide(r) distribution. Looking at the reviews we have to wonder if the studio had to up their bid in hopes of discouraging other possible studios. As of right now, Kicks is batting 100% on RottenTomatoes, and Variety calls the film a "debut of undeniable promise." 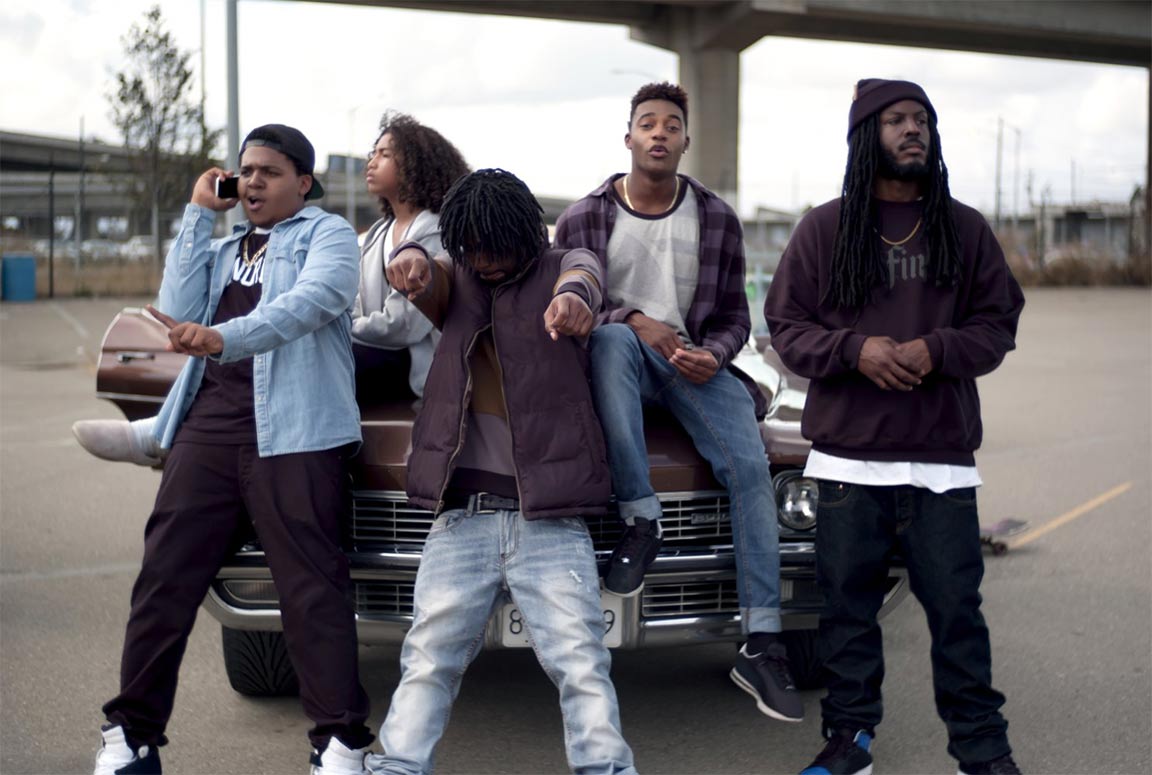 If you were to look at the screenshot below, you'd wonder if it was from this same movie. Well, consider that the best introduction to the "auteurial flourishes" that director Justin Tipping adds to a film all about recovering one's stolen sneakers, no matter what it takes.

When we first heard of the film's premise, our curiosity was limited. Okay, okay, more like non-existent. But then we have this first trailer for Kicks that is beyond impressive. The cast is largely unknown -- though the acting looks top notch -- and the premise is simple. But then all that er, flair begins to present itself, and as a viewer it becomes hard to look away.

While I'm not sure Kicks will have enough to draw me out to theaters, I will be looking forward to catch this on VOD.