Jean-Claude Van Damme returns for a new chapter in the adrenaline charged Kickboxer legacy. Kurt Sloane (Alain Moussi) has always been there for his brother, Eric (Darren Shahlavi), who’s known in the martial arts world as a modern-day warrior. But when the ruthless and undefeated fighter Tong Po (David Bautista) brutally ends Eric’s life in a no-holds-barred match in Thailand, Kurt devotes himself to training with a master (Van Damme) in a quest for redemption… and revenge. Featuring MMA champions Georges St-Pierre, Gina Carano, Cain Velasquez and Fabricio Werdum, Kickboxer: Vengeance delivers a one-two punch of jaw dropping fights and death defying stunts.

Cast as one of the Sloane brothers, this project was the last feature by British actor Darren Shahlavi. The martial artist died in his sleep on January 14th, 2015, from a heart attack caused by arteriosclerotic vascular disease. 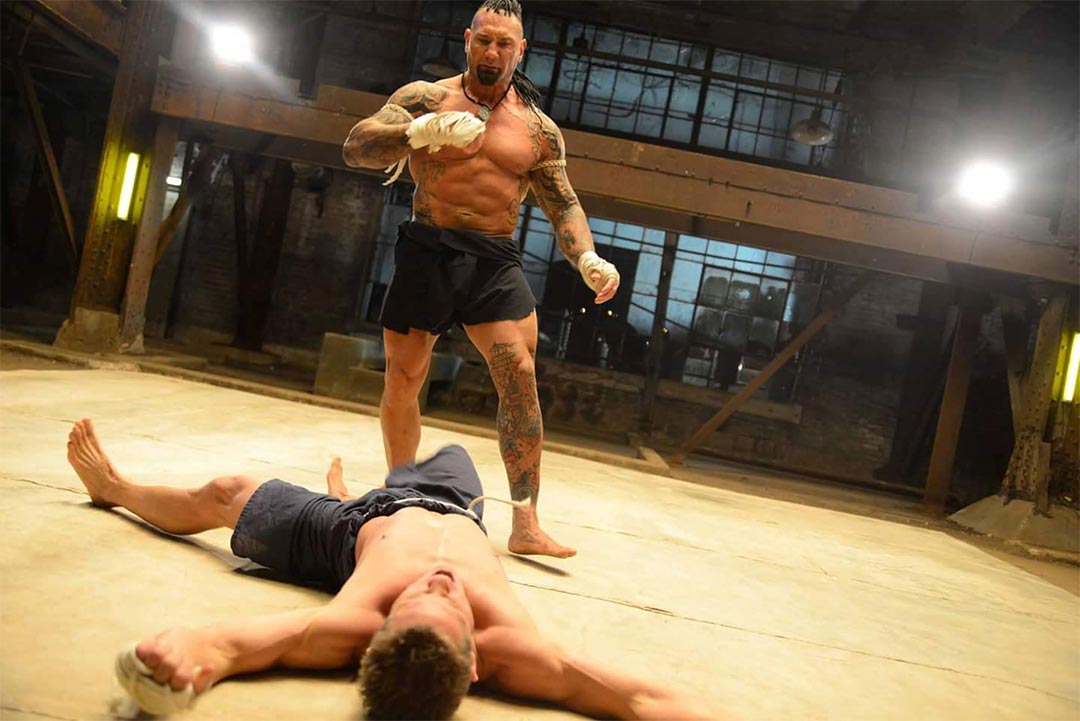 Having loved Van Damme films back in the 80s and early 90s, I always enter a sort of midlife crisis when I see an aged action hero I remember as being spritely who is now taking roles as the "aged mentor". Not to say he doesn't look good, he looks insane and can still kick ass, it's just the fact that he rocks reading glasses now.

Okay okay, I'm possibly overreacting to aged Van Damme, as the trailer for Kickboxer: Vengeance actually looks pretty good and sports an impressive martial arts ensemble. The only thing that kills it is the music in the latter half, as it is terrible. Having the whole rap song is a distraction and has no emotional attachment to what we are seeing on screen. The song choice is so bad that what looks like something that could be theatrical-grade, immediately turns straight to VOD.