Based on two true stories, Julie & Julia intertwines the lives of two women who, though separated by time and space, are both at loose ends...until they discover that with the right combination of passion, fearlessness and butter, anything is possible.

In real-life, Julia Child was 6' 2". Meryl Streep is 5' 6". To give the impression that she was taller in Julia & Julia, several tricks were employed during filming. Counter tops were lowered, Streep wore higher heels, and camera angles were altered.

Nora Ephron insisted the actors ate for real while filming and their exclamation of delight over the food is genuine. As a result, Streep gained fifteen pounds.

Both the Paris and Boston train terminal scenes were shot in the New Jersey Hoboken Train Terminal waiting room. 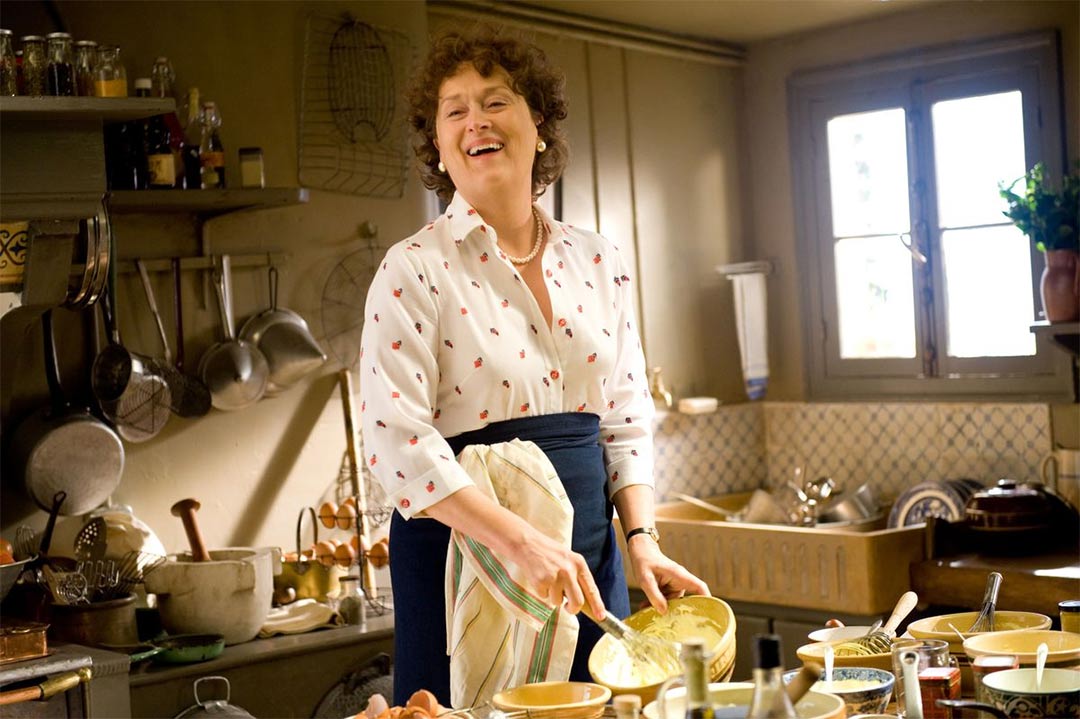 Julie & Julia is a film that cleverly intertwines two stories from different eras. Julia Child was a cook who trained at the Paris Cordon Bleu school in the ninteen fifties. She went on to write a book about French cooking for American Housewives.

Meanwhile, in 2004, Julie Powell is fed up with her job in Manhattan. She decides to set herself a challenge, to cook all 524 recipes in Child's book, in 365 days. To keep up with her challenge, she writes an online blog, which was picked up by the New York Times and went viral.

Both of these stories are true, which is a fascinating element to what looks to be a heartwarming movie. It proved to be Nora Ephron's last film as she passed away in 2012, and it seems a fitting legacy.

During the Julia & Julia trailer, Meryl Streep and Amy Adams are both instantly watchable, particularly Streep who seems to inhabit Child's larger than life personality and her distinctive way of talking. I don't profess to know anything of Child's life or career, but I imagine it would have been very tough to be a woman in the fifties, training to become a chef among all those men. Full credit too, to Julia Powell, who had the guts and tenacity to make such a massive change to her life. Apparently she is now a published author/ cook, and it's always wonderful when someone can make a living out of doing what they love.

I had no idea what Julia & Julia was about, or what to expect, but I am so glad I watched this trailer. I hope you'll agree that it looks to be a charming movie that will leave you feeling all warm and fuzzy. Perfect, I'd say, to enjoy with a slice of cake.