The story of Steve Jobs' ascension from college dropout into one of the most revered creative entrepreneurs of the 20th century.

The scenes in the film that take place in the house of Steve’s parents, including the garage where Jobs begins his business, were filmed in the real Palo Alto, California house the real Steve Jobs grew up in.

Ashton Kutcher was hospitalized during filming due to the fruitarian diet he adopted to better relate to the real Steve Jobs who was a fruitarian.

In Jobs, Elden Henson plays one of the founding members of Apple development, Andy Hertzfeld. Henson and Kutcher worked together before in 2004’s The Butterfly Effect. 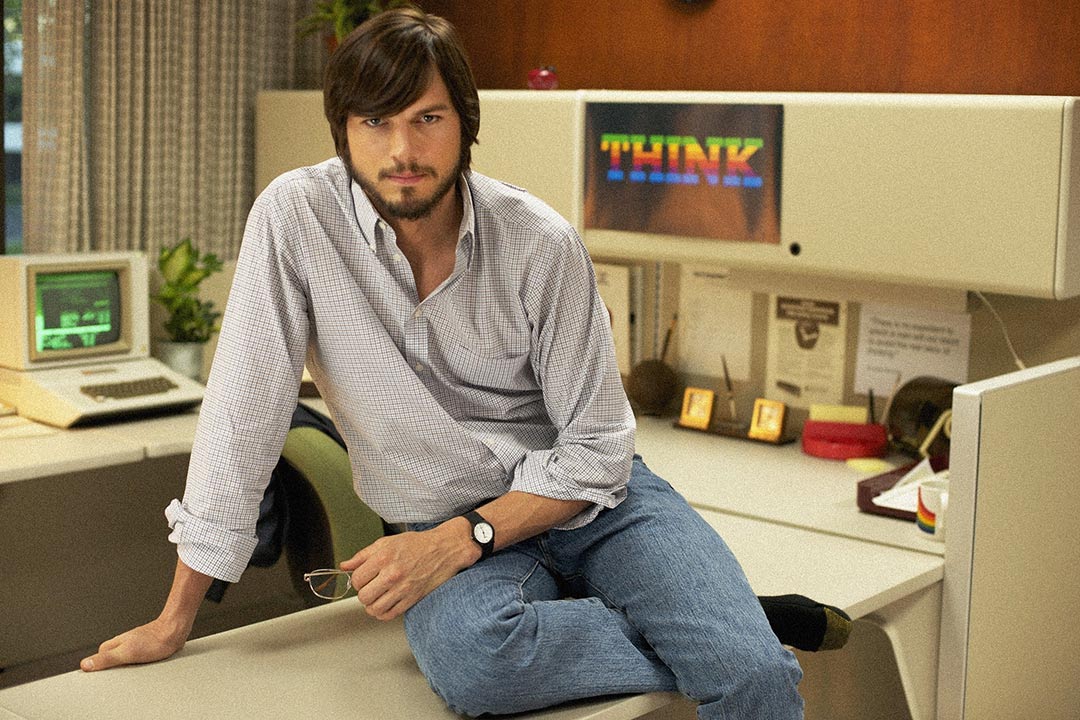 The trailer for Jobs looks like a biopic with a frat boy slant, but that could be because Ashton Kutcher always manages to play a believable frat boy even though he rarely plays a guy in a fraternity. But he is trying to be taken seriously as an actor, something he has been desperate to achieve since The Butterfly Effect (2004) and continues to chase the dream by playing one of the most influential people of the twentieth and twenty-first century.

Steve Jobs certainly deserves a film about his life, including the juicy reality of his bad behavior, and his unique creative vision that helped form Apple, but I am not sure Jobs is the ideal platform for that story. Josh Gad plays Jobs’ business partner Steve Wozniak, which is decent casting, if only for the fact that Gad tends to make every film a little bit better because every movie is better with the presence of Olaf.

The trailer also includes Steve Jobs’ most famous speech “Here’s to the crazy ones”, but hearing the familiar inspirational words from the Think Different commercials spoken by Ashton Kutcher seems desperate and silly. Jobs may be a well-made movie, but it is extremely difficult to get past Kutcher’s performance. The best films about real people are the ones where the actors get lost in the person, even if the actor is extremely familiar to the audiences.

The entire trailer for Jobs had me thinking about Ashton Kutcher trying his hardest to be someone else and that effort shouldn’t be so obvious. The rest of the trailer appears to have the right elements of a decent story, but the story is interesting because it was someone’s real life. Jobs has potential, but if the filmmakers think Kutcher was the perfect casting choice, I think they should think different.