From director Clint Eastwood comes the big-screen version of the Tony Award-winning musical “Jersey Boys.” The film tells the story of four young men from the wrong side of the tracks in New Jersey who came together to form the iconic 1960s rock group The Four Seasons. The story of their trials and triumphs are accompanied by the songs that influenced a generation, including “Sherry,” “Big Girls Don’t Cry,” “Walk Like a Man,” “Dawn,” “Rag Doll,” “Bye Bye Baby,” “Who Loves You,” and many more.

Clint Eastwood didn't turn to big Hollywood names to fill the cast for this movie. Instead, he cast mainly actors who had played the roles in the Jersey Boys stage show already, including John Lloyd Young, Erich Bergen and Vincent Piazza.

This marks Christopher Walken's third film musical, the others being Hairspray (2007), and Pennies From Heaven (1981).

Jon Favreau was first choice to direct this film, but in the end the honor went to Clint Eastwood, making this the first musical film he's ever done. 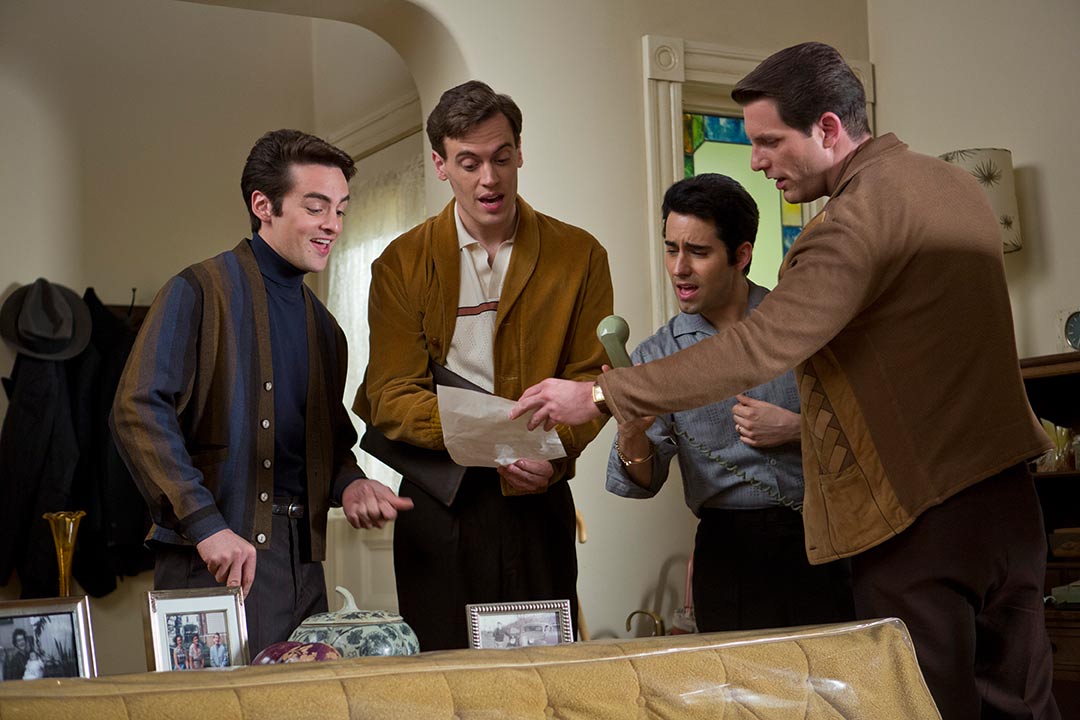 The tale of how Frankie Valli and the Four Seasons rose to fame lends itself perfectly to a big screen adaptation. It's a story of crime, drugs, girls, and a whole lot of music. Having already proved to be a smash hit on the Broadway stage, Jersey Boys has been recreated for film under the directorship of Clint Eastwood.

If nothing else, the music will grab you here, and it's authentic, too. The actors all sang live on set; most of them having previously played their roles on stage. Songs like "Cherry Baby," "Walk Like A Man," and "Oh What A Night" will have you singing along and in awe of Young's spot on impersonation of Valli's unique vocals.

The trailer gives a good look at the film and really, it's a good job there is so much fabulous music in this movie because Eastwood misses the mark somewhat. It's a shame, because Jersey Boys is a great show on the stage but somehow, it doesn't translate to film even though it should have.

All the leads give a good performance, and it's clear from the trailer just how skilled they all are as musical performers. Perhaps Eastwood would have done better with Hollywood leads, but I don't think that's the issue here. I think the problem is that Eastwood is too somber a director for a film such as Jersey Boys, so while he can easily pull out the drama and heartache, the lighter, brighter moments are not lifted well enough.

All that said, Jersey Boys is still well worth a watch. The costumes are fabulous, along with the music, and for anyone who remembers the sixties, this will be a trip down memory lane.