Trailer for Jack and Jill.

Jack and Jill is a comedy focusing on Jack Sadelstein (Adam Sandler), a successful advertising executive in Los Angeles with a beautiful wife and kids, who dreads one event each year: the Thanksgiving visit of his identical twin sister Jill (Adam Sandler). Jill's neediness and passive-aggressiveness is maddening to Jack, turning his normally tranquil life upside down.

Jack and Jill became the first movie in history to "win" in every category in the Razzie Awards. The official press releases for this movie refer to Jack and Jill as identical twins. In fact, only same-sex twins can be identical.

Watchmojo rates Jack and Jill as their #1 worst comedy of all time and their #5 worst movie of all time.

Adam Sandler gave the production crew a bit of a show when he exposed his genitalia when wearing a mini-skirt as Jill.

When Al Pacino is talking in French or Spanish, don't get too impressed, as he is actually just talking gibberish. 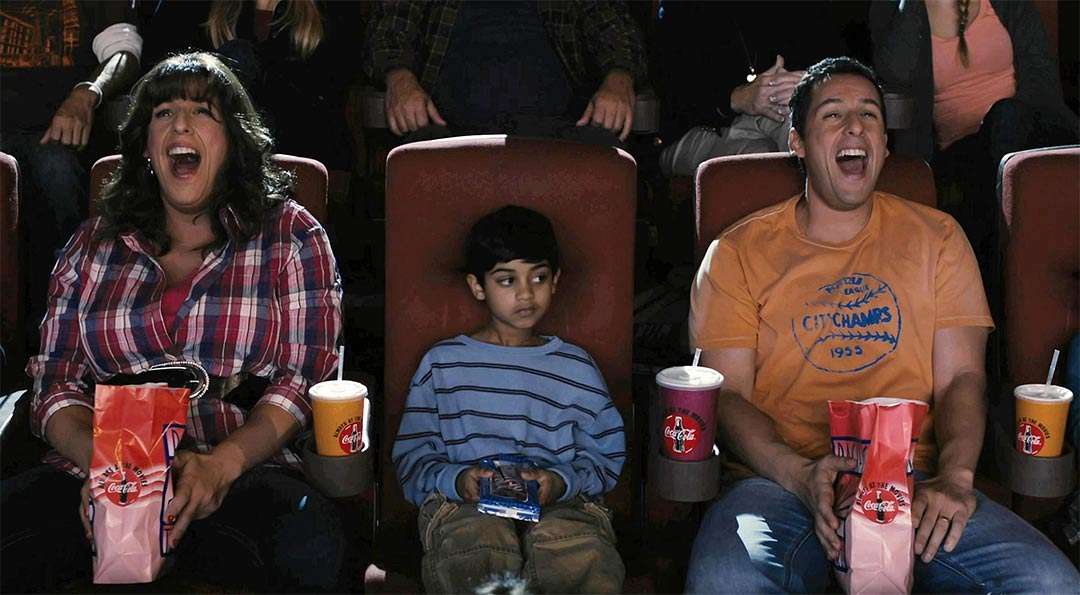 When I heard that Jack and Jill had swept the board at the Razzie awards, I decided this must be the worst comedy ever made. I also decided I needed to see it for myself.

In fact, it's not probably the worst comedy of all time, but it does come pretty close. Sandler plays both Jack and his twin sister Jill, who comes to stay for Thanksgiving and then doesn't leave. Katie Holmes plays Jack's wife, and Al Pacino plays a fictionalized version of himself.

At first, I thought it was nice to see Katie Holmes in something else. Then, after about five minutes, I remembered how much she irritated me in Dawson's Creek. Al Pacino should just be wearing a sign throughout that says "how the mighty have fallen" because really, this is dire. It's Sandler that gets me most of all though, and I know I'll say this time and time again but he is one actor who frustrates me immensely.

He's actually pretty good on screen, and could be quite a talented writer too, if he put his mind to good use and tried to come up with some original jokes instead of rehashing the same old gags that ceased to shock or be funny a long time ago.

Sandler has a huge fanbase, and he's obviously okay with raking in the cash while churning out sub-par movies that will never receive great critical acclaim. It seems strange, since I'd have thought that since the success of The Wedding Singer he would have wanted to carry on in that vein, but I think Sandler is an actor in the industry for the success instead of the art.