Some amazing shots from this Spot, "what goes up, must come down"

I love the patriotic feel of this TV Spot with the National Anthem playing in the background along with some intense action sequences you would expect from an Independence film. 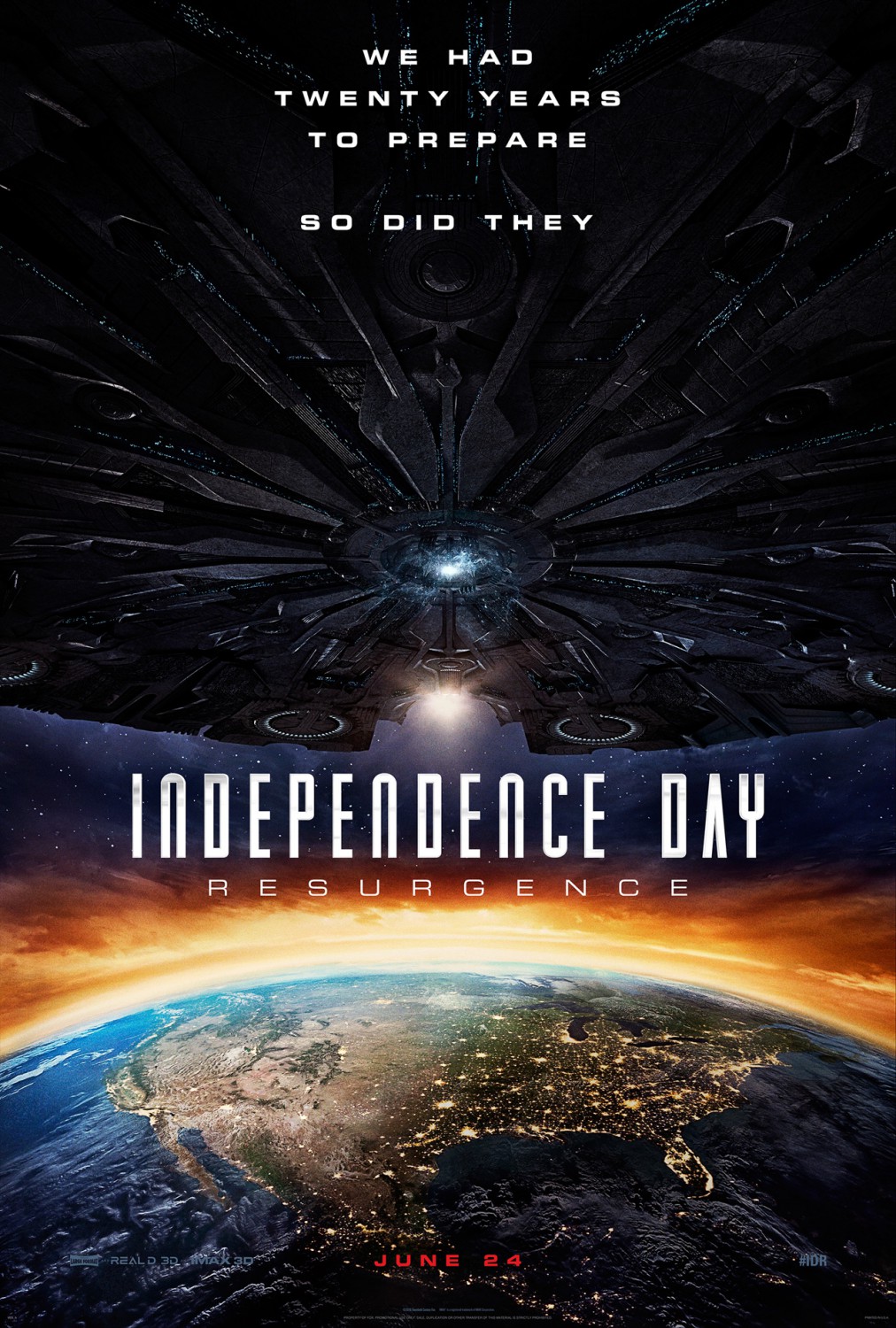 Anytime a studio decides to come out with a sequel, especially one that was as successful as Independence Day was, they are already facing an uphill battle. And adding on top that the first film's star Will Smith is not returning for the second, this film has even a bigger challenge. But, I think the fact that the head Writer Dean Devlin turned down a large sum of money to write the sequel many years ago and now has waited 15 years to come up with a script he thinks is worthy enough, has me thinking that this sequel should live up to hype....fingers crossed!