Trailer for In a Valley of Violence, starring Ethan Hawke, Taissa Farmiga and James Ransone.

A mysterious drifter named Paul (Ethan Hawke) and his dog Abbie (Jumpy) make their way towards Mexico through the barren desert of the old west. In an attempt to shorten their journey they cut through the center of a large valley - landing themselves in the forgotten town of Denton - a place now dubbed by locals as a "valley of violence." The once popular mining town is nearly abandoned, and controlled by a brash group of misfits and nitwits - chief among them, the seemingly untouchable, Gilly (James Ransone) who is the troublemaking son of the town's unforgiving Marshal (John Travolta).

As tensions rise between Paul and Gilly, Denton's remaining residents bear witness to an inevitable act of violence that starts a disastrous chain reaction, infecting the petty lives of all involved and quickly drags the whole town into the bloody crosshairs of revenge. Mary-Anne (Taissa Farmiga) and Ellen (Karen Gillan), two bickering sisters who run the town's only hotel, try to find the good in both men, while desperately searching for their own salvation. Only the world-weary Marshal struggles to stop the violent hysteria, but after a gruesome discovery about Paul's past... there is no stopping the escalation.

The Western genre has been exploding of recent, with a number of famous faces making their way into a cowboy hat. For In a Valley of Violence, the feature represents the first ever Western for both John Travolta, Taissa Farmiga and Karen Gillan.

The film got some attention during its premiere at South by Southwest for not exactly the right reasons. Comedian Doug Benson made news when he aggressively removed another audience member who refused to get off his cell phone during the screening. 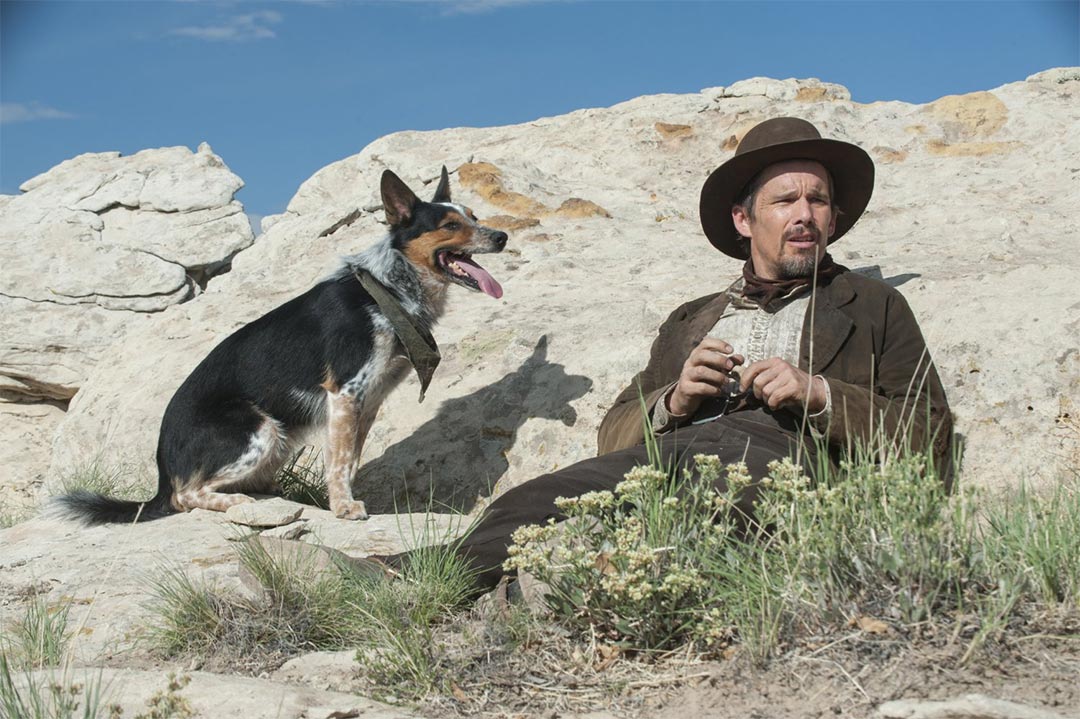 I have a confession... One of my favorite all-time Westerns is Silverado. Is that wrong? I hope not, as I've been loving most the recent new additions to the Western genre as well; in my defense.

With that being said, I am a big fan of the trailer for In a Valley of Violence. The mix of dark comedy with a revenge plot, all with six shooters, seems genius, and I can't remember the last time I've seen Ethan Hawke and John Travolta having so much fun with their characters. And I love that we have a title card explaining that the film is from a director known for horror movies, like that's a plausible credential. Everything seems somewhat out of place, but somehow comes together perfectly.

The only thing that is slightly disappointing, and I mean slightly, is the music choice. With films like Slow West and The Magnificent Seven thinking outside the box with their trailer tracks, I wish Focus World did the same with this trailer. Oh well, maybe next time...