Scrat's nutty pursuit of the cursed acorn, which he's been after since the dawn of time, has world-changing consequences -- a continental cataclysm that triggers the greatest adventure of all for Manny, Diego and Sid. In the wake of these earth-shattering upheavals, Sid reunites with his long lost family, and the gang encounters a ragtag menagerie of colorful new characters determined to stop them from returning home.

Originally, the story for the fourth Ice Age movie was said to involve Sid, Manny, Diego and Scrat becoming frozen and then defrosting in a museum in present day. (I love that idea!)

A number of prehistoric animals were animated for the film but not used, including an eohippus (a giant prehistoric horse) that Sid would have ridden, a giant squid, and prehistoric sharks.

Jeremy Renner was originally cast as Captain Gutt, but he dropped out due to scheduling conflicts and was replaced by Peter Dinklage. 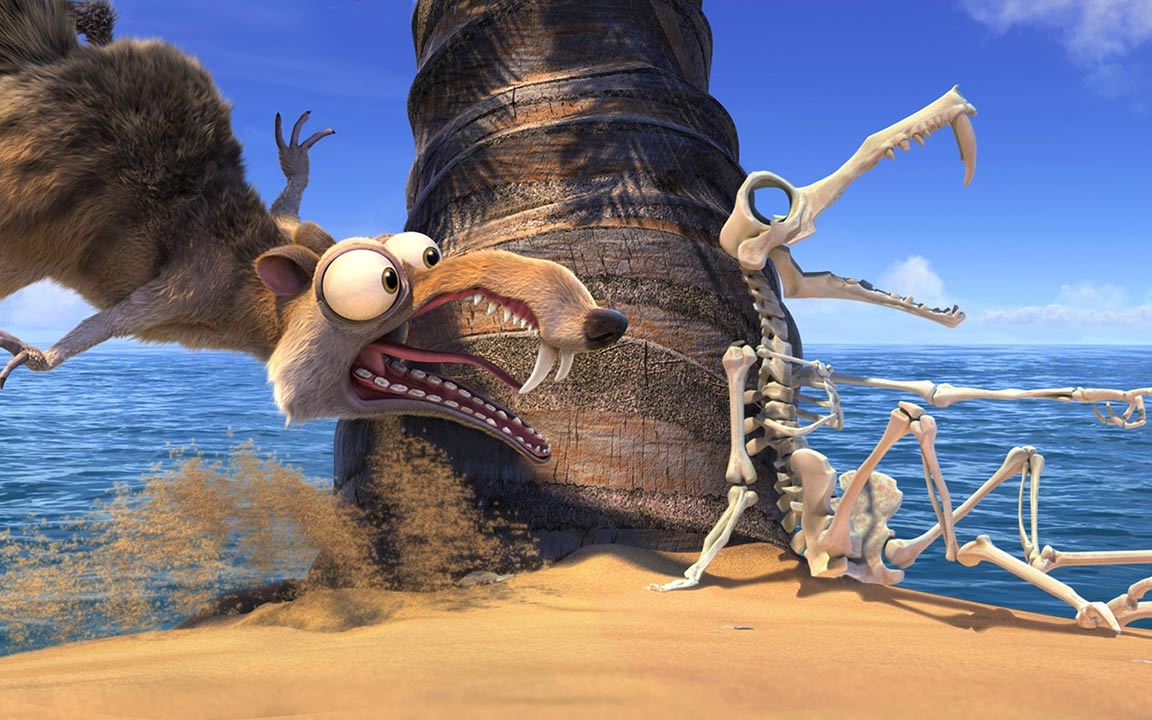 No matter how many Ice Age films are made, I will simply never tire of watching Scrat's endless pursuit of the perfect nut. In fact, he has become one of my favorite animated characters of all time. So I'm more than happy that Blue Sky and 20th Century Fox always use him to headline their Ice Age trailers.

This might be the fourth Ice Age film, but Scrat is still having no luck in finding the perfect resting place for his nut, or even keeping hold of it to begin with and this time, his attempt to safely bury it sets off a cataclysmic chain of events which sees Sid, Diego, and Manny, cut off from their friends and family as they attempt to navigate the dangerous, iceberg filled ocean.

I genuinely enjoy the Ice Age movies. Sure, subsequent installments have not been as good as the original, but they're a good way to pass the time, the animation is good, and the jokes are funny. But nothing compares to Scrat. I adore that little sabre-toothed squirrel and I'd happily watch his antics for days. For that reason, I guess, I always prefer the trailers and shorts more than I do the whole films.

Case in point: the trailer above. While it gives a good look at the plot of the movie, we're really just waiting for more of Scrat to pop up on our screens. Though, I have to say, Sid is also pretty funny in this trailer too, and Manny and Diego's constant irritation with him is a joy to behold.