Scrat’s epic pursuit of the elusive acorn catapults him into the universe where he accidentally sets off a series of cosmic events that transform and threaten the Ice Age World. To save themselves, Sid, Manny, Diego, and the rest of the herd must leave their home and embark on a quest full of comedy and adventure, traveling to exotic new lands and encountering a host of colorful new characters.

This is the fifth movie in the Ice Age franchise and they have proven hugely popular for 20th Century Fox and Blue Sky Studios; the previous four installments have taken nearly $730 million between them at the domestic box office.

The previous movies have been; Ice Age, Ice Age: The Meltdown, Ice Age: Dawn of the Dinosaurs, and Ice Age: Continental Drift.

This trailer is a condensed version of the Scrat short that played in front of another Blue Sky film, The Peanuts Movie.

Ice Age: Collision Course has had its release date changed from July 15, 2016, to July 22nd, 2016 to avoid collision; the new Ghostbusters movie arrives on July 15 and 20th Century Fox didn't want to compete. 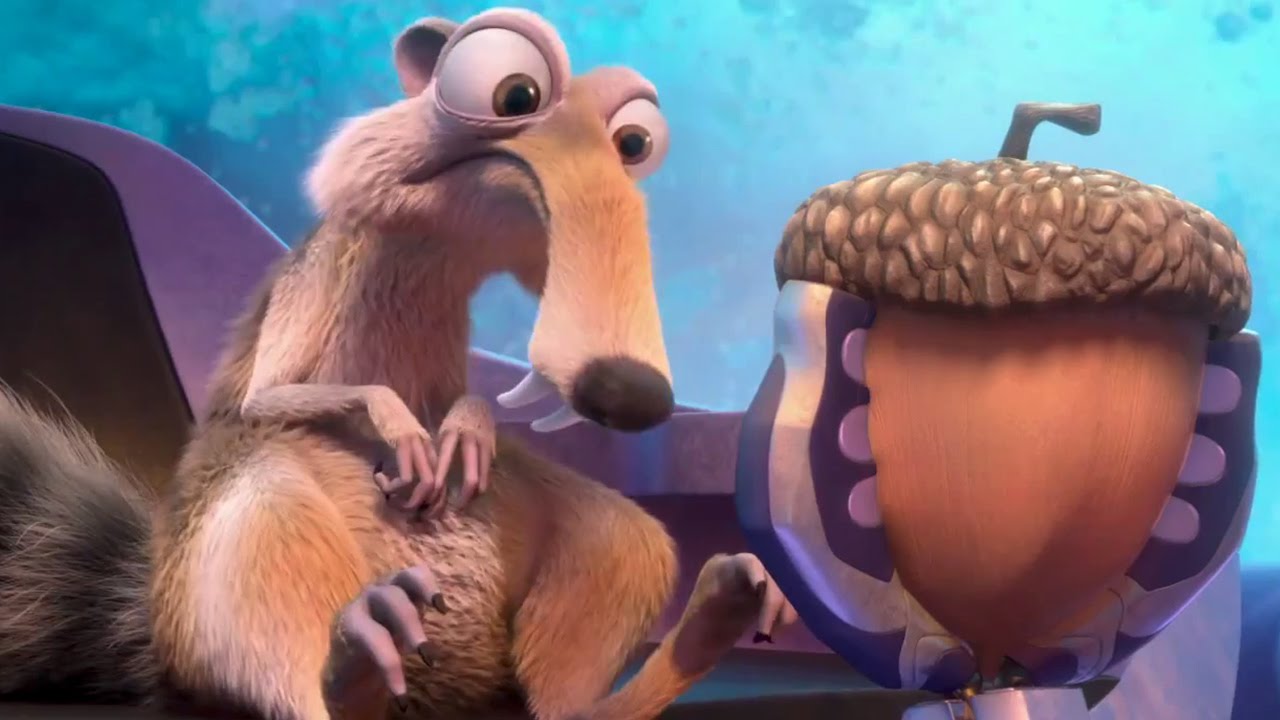 Scrat the sabre-toothed squirrel might have been chasing his perfect acorn for the last fourteen years but that doesn't mean we're bored of watching his relentless pursuit. Part of what makes Ice Age movies so great is his continued quest, so Blue Sky did well to focus this Ice Age: Collision Course trailer solely on him.

The cosmic chain of events which Scrat unwittingly sets into motion in this trailer goes on to form the basis of the plot for the movie; their home destroyed, Sid, Manny and Diego must journey to a new home and in doing so, meet new characters along the way.

Sometimes trailers give us a great look at the film overall, and a strong hint of what's to come. Other times they tease us in order to entice us into going to the movies to watch the whole thing. Occasionally, however, a trailer comes along which stands alone as its own story.

That is definitely the case here. Of course, all the footage comes from a pre-existing short, which was very well received, but they've condensed it well; none of the humor or content is lost. It's one of those trailers that I would happily watch again and again. Okay, it gives no real hint at whether the movie will be any good, but the trailer is really enjoyable, and the final, very short scene with Sid, Manny and Diego, is comedy gold.